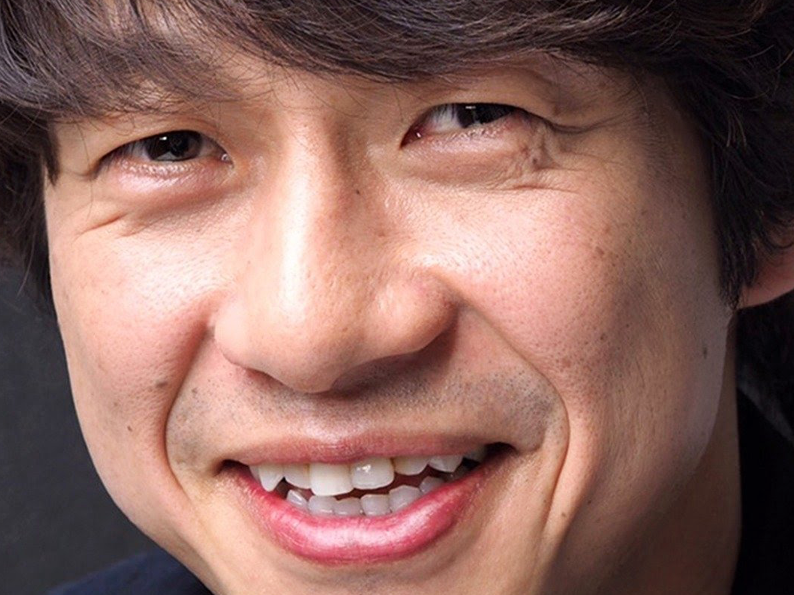 You’d be forgiven in assuming a biopic of an elderly Japanese poet might not seem like the most compelling subject matter for a film. However, director Yoshihiro Fukagawa (Into the White Night) would beg to differ as the accomplished filmmaker recently dropped his latest work Don’t Lose Heart to international acclaim. While the film is an effective portrait of the late Toyo Shibata, one of Japan’s best-known poets, who having first published at the age of 90, saw her debut anthology go onto sell upwards of one and half million copies in her native Japan, Fukagawa has also fashioned a richly inspirational chronicle of the archipelago itself, as seen through Shibata’s extraordinary, yet wholesomely domestic life experience, which spanned two world wars and saw Japan transition through the reign of four Emperors.

Adding to the film’s sentiment, comes the unhappy news of Shibata recently passing away on January 20, 2013, just six months shy of her 102nd birthday.

In its own timely fashion, Fukagawa’s cinematic opus continues Shibata’s legacy, introducing a new type of audience to her wonderful body of literary work through film. Headlined by the prolific and serene Kaoru Yachigusa (With Beauty and Sorrow), whose portrayal of the senior poet is at once insightful and vivacious, Don’t Lose Heart is set to make its Australian premiere with the 2013 Japanese Film Festival in Sydney. Accompanying the film on its debut screening will be its director Yoshihiro Fukagawa who graciously agreed to sit down to discuss his approach in memorializing Toyo Shibata’s legacy.

Fletcher: You approach this film with a warm gentleness that feels quite authentic to Toyo Shibata. Were you at all familiar with her poetry before taking on production of Don’t Lose Heart?

Yoshihiro Fukagawa: Three years ago, the producer sent me a book of Toyo’s poems, and that is when I first encountered them. Personally, I like poetry and often read it, but Toyo’s poems had a quality to them that I’ve rarely seen in other poetry I have read.

Her poems have no difficult language in them, nor do they use sophisticated techniques. But even so, when I first read them, I strangely felt that I could see her face, and understand the way she lived. Her poems conjured up an image of her, as an elderly woman, and made me imagine what she must be like.

F: Did that image you conjured stick with you as inspiration for the film, or did your motivation change as you began to learn more about the woman behind the poetry?

YF: When I first read her poems, they brought to mind my own grandmother and mother. Gradually, I began to feel that I wanted make a film about an ordinary, unknown woman. I wanted to make a story like my mother’s, or my grandmother’s, into a film. It was a challenging prospect, but with this film I thought, why not give it a shot?

F: Toyo Shibata leaves behind such a beloved body of work. Did you feel pressure to present her life authentically, even though it may have seemed to contradict her profile as a celebrity author?

YF: Even when I felt there were expectations, the flipside of that which is pressure, I also felt a sense that something new was coming into being. It was like a fire secretly burning within me. The story is about a real person, so the film needed to be true to Toyo’s spirit. My goal ultimately, was to make a film that didn’t lie.

F: Its interesting in that you have directed a film on someone who was still working in the public spotlight so recently. I would imagine you had the opportunity to approach people who knew Toyo quiet well, including her family. Did you reach out to these people, and If so where they supportive of the project?

YF: When I was making this film, I was very fortunate to have the unreserved support of Toyo’s immediate family, her relatives, friends, and people from her local community. Especially her son, Ken’ichi, who very memorably said to me, ‘I was really a bad son, so I don’t want you to portray me as a good person in the film.’

F: And were you able to meet Toyo Shibata herself before she sadly passed away earlier this year?

YF: When the project got the go-ahead, I had made plans to meet her. However, she passed away only three days after the project was confirmed, so sadly I was never able to meet her in person.

F: And was she aware that the film being made? Do you how what her reaction was, or thoughts were regarding the project?

YF: Toyo was aware that I was planning to make a film about her. And I made sure that she was informed step-by-step along the way. When the project got the go-ahead, she was told immediately. Her son Ken’ichi told me that she was really delighted.

F: Kaoru Yachigusa is inspired casting. What was it like working with such an icon of cinema? Were you able to draw on her experiences, both as an artist and a mature woman, to help bring Toyo Shibata to life on screen?

YF: I’ve only been alive for 36 years. So I was planning to let Yachigusa-san’s experience of the way an older person feels and moves guide me as we went along. Now more than ever, Yachigusa-san is very open-minded when it comes to performance, and she was very gracious about listening to me and taking my opinions on board. You could say that making this film was like running together in a three-legged race.”

F: Did your work on this film offer you a deeper appreciation of poetry than when you began?

YF: A lot of films have been made based on novels and manga. But films based on poetry are rare. I’d like to see more of them.

For a filmmaker, poems are a form of literature that allows the imagination to come to life much more than novels can. The process of making this film reaffirmed this for me.

F: Toyo Shibata life spanned an extraordinary era of Japanese history. Was it intimidating to consider all her experiences and the many historic moments she witnessed, and then express it within a two-hour film?

YF: For Japanese people, Toyo Shibata’s life is not extraordinary. Hers is also the story of the elderly woman you find yourself sitting next to on the train, or the old man taking a morning walk in the park. This film tells of the experiences of anyone who was born in Japan before the war.

In the world today, it seems to me that we are less and less inclined to listen to people who have a lot of life experience. I hope the film inspires people to think about the nature of family and parent-child relationships.

F: The film is about to enjoy its Australian premiere. What are your expectations of how Australian audiences will respond to Don’t Lose Heart?

YF: I can’t imagine how Australian audiences will respond to a film about the life of an ordinary, elderly Japanese woman.

That said, we enjoy the films of directors like Jane Campion and Peter Weir, whose talents have been nurtured in Sydney. I’m looking forward to seeing how Australian audiences will react.

F: In that case, what would you personally like to see Australian audience take away from the film?

YF: Over 1.6 million copies of Toyo’s anthologies have been sold in Japan. To me, this says that there is a need out there for kind and gentle words like hers.

I think that, although the response will be different from people in Japan who have been affected by the recent disaster, even if my film just spreads a feeling of kindness, that would make me very happy.