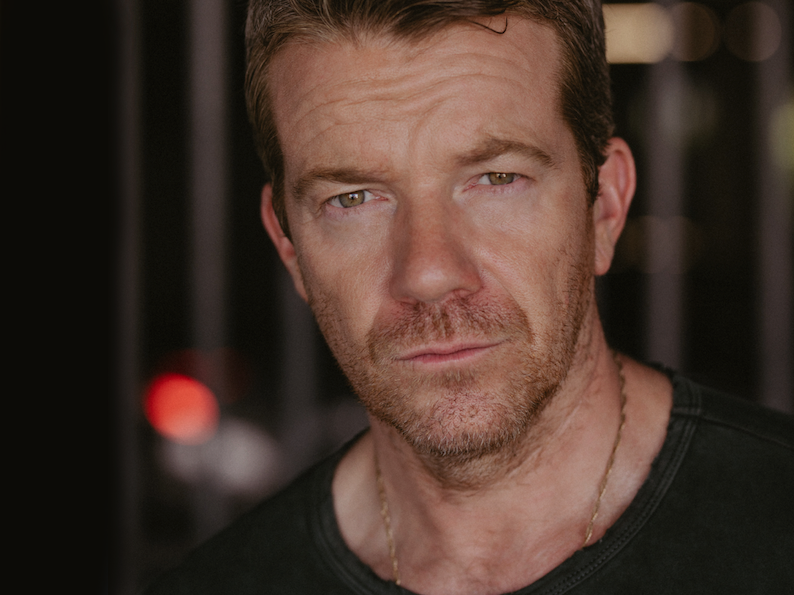 The English have a rich history when it comes to long-form science fiction with some of the genres finest tentpoles emerging from the turbulent social upheaval of the 1970s. In fact, while the disruptive decade not only delivered the dark thematics of Blake’s 7, Doctor Who and Doomwatch, it also spawned the under-rated post-apocalyptic thriller Survivors, a dire tale of a global pandemic penned by legendary screenwriter Terry Nation, the man often credited as father of Doctor Who’s most infamous adversary, the Daleks.

A taught survival thriller, Survivors first premiered in 1975 and despite receiving both critical acclaim and ratings succes the series lasted a mere three seasons thanks to a vicious legal battle between screenwriter Brian Clemens, best known for his anthology series ‘Thriller’ and show-runner Terry Nation, with Clemens claiming he and Nation had discussed an almost identical premises back in the late 1960s. Further adding to shows troubled production were a number of creative rifts between Nation and BBC producer Terence Dudley, forcing Nation to eventual walk away from the production altogether, only to later resurrect the Survivors narrative through a stand-alone novel a few years later.

And now, thirty-three years after the ill-fated production wrapped, and ten years since the passing of Terry Nation himself, the BBC has taken the bold step of rebooting Survivors from its original pitch idea, this time under leadership of writer/producer Adrian Hodges, who arrives fresh off his successful dino-sci-fi action series Primeval.

Infused with a contemporary ideology and embracing a healthy dose of social commentary, Hodges has taken the innovative step of elevating one of the original series side characters, the escaped prisoner Tom Price (originally portrayed by character actor Talfryn Thomas – Doctor Who, Dad’s Army, The Avengers) into a series lead within the new iteration. A move designed to help distance the bold new take from its campy predecessor while allowing a contemporary audience to hopefully connect with a deeper narrative. Tasked with the challenge of headlining the show as the complex anti-hero Tom Price is prolific character actor Max Beesley, whose previous work includes a stint on the wildly popular Hotel Babylon, as well as appearances on Talk To Me, The Last Enemy, Bodies and the US hit crime series CSI. We recently sat down with the charming and cordial Max Beesley to chat about his interpretation of the violent inmate Price, and how the serial television is faring in today’s marketplace.

Fletcher: Thanks for your time Max. Let’s start with how you became involved with the show and what your initial thoughts were on the reboot.

Max Beesley: Well I was over in Los Angeles when my agent called me and said they wanted to speak to me about playing a character which eventually became Tom Price. The more I learnt about it the more I became intrigued and wanted to be involved.

I think I was doing The Last Enemy or something, so this was a completely different kind of chap. I was intrigued by the idea and then the script came through which was just excellent. So that was it really, it was the idea of playing something diverse as to what I’d been doing.

F: Had you seen the original series or at least aware of it before they approached you?

MB: I do remember that it aired on my fifth birthday, the first episode came out around 1976 and I had a look at it. And yeah, it was very good. I mean it ran for three or four seasons but what we’re doing is something that looks slightly different, a more modern series.

F: You were saying how different this role was to what you had been doing. Obliviously there is some inherent darkness and intensity in the character. How did you prep for the role of Tom Price?

MB: I did some research on sociopathic and psychopathic behaviour. I’d been writing a screenplay at that point as well which was a pretty heavy-duty violent screenplay, and a lot of the research for that was reading about Richard Kuklinski, The Iceman and similar characters. So I just took snippets of different things and put this jigsaw together, threw a bit of me on top and came up with the guy.

F: Considering you created Tom Price from some rather brutal killers, do you enjoy playing him on screen? And is he a difficult persona to shake of at the end of the day?

MB: Oh no, I mean it’s just work isn’t it? It’s like playing a rapist or a child molester, you don’t find that hard to shake off; it’s just part of the work.

But certainly, when you’re doing a 12 hour shoot and they yell ‘Quite on set’ it’s strange to just be still and think about things when your getting ready for the work. But the minute that 7 o’clock bell goes, BOOM! I’m out of there thank God.

But again, I played a heroin addict a couple of years ago, and I researched that thoroughly and it was really draining, so you have to learn to let those things go and realise it’s just work.

F: I understand you originally started in the entertainment industry as a musician. What inspired you to take up acting?

MB: Raging Bull. That was it. I watched that film, I was in Manchester, and I said to my dad ‘I’m going to go to New York and find an actors studio or a coach and be an actor.’ And all because Raging Bull was amazing. I felt empathy for Jake LaMotta, even though he isn’t really a nice man, and that’s just credit to De Niro giving a multifaceted performance. I was really buzzed … really excited by it and so that’s what I did.

F: With the success of The Last Enemy and Hotel Babylon, you’ve become a very recognisable face on UK television. Do you still audition for roles or are the jobs now coming to you?

MB: It’s a bit of a juxtapose there. I mean L.A. is a completely different story. I’ve been pretty lucky in England, but I think the harder you work the luckier you get. I’ve been lucky with the choices of work and the diversity of work. I’ve been really blessed in England and not have had to audition for quite a number of years.

But again, people see the work and they kind of know what they are going to get. I think I’ve got a reputation as being a professional and applying myself to most things, so that’s great. But then Los Angeles is completely different; it’s on the treadmill, in the rat race. I mean there are 500,000 actors living in West Hollywood all wanting a job, so I’m far from being out of the war zone.

F: The American and English industries are two very different creatures. Do have a personal preference between working in the U.K. or U.S.?

MB: Eithers fine, as long as there are good scripts, good directors. I mean it great driving onto the lot at Universal and seeing all the history there, walking around and then going home. We shot Mad Dogs out in Spain, which was brilliant; Survivors in Birmingham and Manchester and that was great. But it’s very magical in Los Angeles. The magic of driving onto the studio lot never goes. It’s always pretty exciting. And I think the day that goes is the day you should give up.

F: And considering the proliferation of reality television and Studios looking to cut back production budgets, how often are you actually seeing a Good Script cross your desk? As someone whose been working regularly for a number of years, do you have a particular take on the state of television productions at the moment?

MB: Yeah. There’s not a lot of them mate, I can tell you. The current TV climate is making television that attracts a big audience or gets some artistic credibility. And it’s very difficult to get something that has both those qualities in the same bowl. But the great, great scripts are few and far between and you have to be very careful in choosing what you do.

But you know we have some great writers in England, and also in the States. There are some fantastic shows coming out, I’ve just been watching Boardwalk Empire, which is just brilliantly written, and a fantastic show. But really, it’s up to audiences as to what actually takes off.

F: So can you offer a little insight as to what it is that attracts you to a particular script or role?

MB: The writing, as well as the diversity and complexity of the character. As an actor that’s what we try and do, keep it diverse. I mean I’d been doing Hotel Babylon before Survivors came along, and I certainly wanted to do something different from the light and fluffy stuff. It’s like food, you want to keep trying something new otherwise it becomes boring.

F: You mentioned that you’d been researching some rather dark individuals for a script that you’ve been writing yourself? Do you have aspirations of becoming a screenwriter, or producing / directing a personal project?

MB: Writing is very difficult. I’ve done this one film, but I don’t think I’ll do another one. I’m just enjoying acting.

I want to know about all that, so I feel comfortable that the thing is being done properly. I guess that’s a reflection on me as a person. I just apply myself to… well everything.

F: And getting back to Survivors. The show is set in a time where most the human population has been eradicated by a virus. As a result, there are some very creepy location shoots with entire city blocks completely deserted. How difficult was it to capture those scenes on film?

MB: Yeah, we had a lot of lock downs in Manchester, and even more in Birmingham. We shot a lot on Sundays. It’s interesting because most people look at it and think we have a lot of CGI on the show, but we actual don’t; it’s the production department and the location scouts doing their jobs properly.

F: There does seem to be a good deal of community pride felt from the cast and crew on the series. And I think that really resonates through the quality of the show. Looking back on the production as a performer, what’s your final take on the experience and your delivery of Tom Price?

MB: I think it was well rounded character and that I worked really hard on it. You know these things are on DVD for a hundred years so it’s important to do your best work every single day. Even if you’re sitting in the back of a courtroom and not saying anything, you can’t be taking that as a jerk-off day.