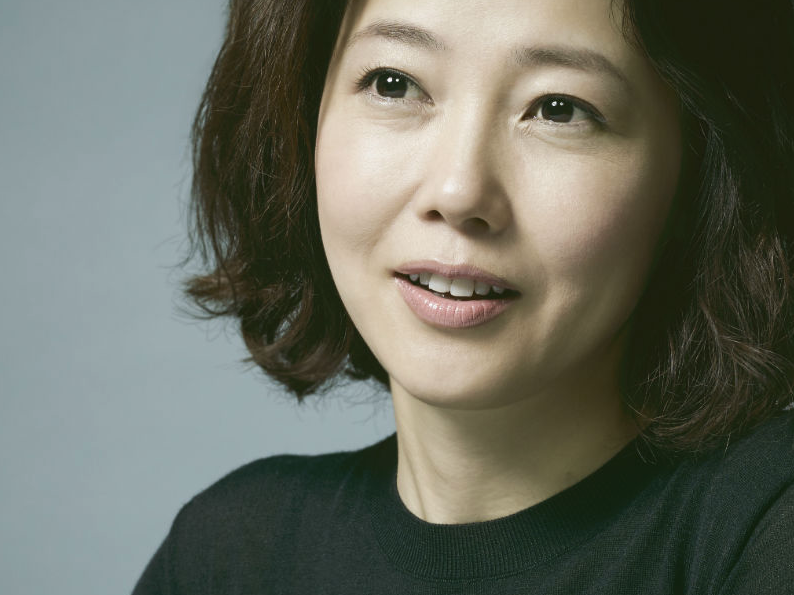 Not unlike most film cultures across the globe, Japan’s cinematic history has borne a significant disadvantage with an absence of a distinct female voices to drive its cultural narrative, especially in a culture that could have benefited from a distinct feminist perspective throughout the late 20th century, an era of great social change, industrial advancement and global infleucne for the archipelago. And while such maestros of celluloid as Ozu, Kurosawa and Mizoguchi often ingrained strong, complex female protagonists within their frames, it could be argued that each director, naïvely succumbing to misogynistic systemic archetypes, maintained a masculine sensibility regardless of the feminine tribulations inherent to each of their stories.

Japan still struggles to recognise and implement gender equality on a myriad of social and professional issues, however there are small signs that progressive change has begun taking a foothold in the nation’s psyche. One such example being the recent success of filmmaker Miwa Nishikawa, whose striking family drama, Wild Berries garnered the Hiroshima born director the accolade of Best New Director at the 2004 Yokohama Film Festival. And whose latest film, the darkly comedic crime thriller, Dreams For Sale is drawing rave reviews both in Japan and throughout the international film festival circuit.

Fletcher: Having enjoyed some critical and commercial success with your films, do you think that women stepping into the role of director has become a more achievable goal for young woman entering the film industry? And is the industry supporting those women who have the ambitions?

Miwa Nishikawa: If you have what it takes to be a film director – that is, the vision and skills to make films, as well as willpower and communicative ability – it’s becoming possible now to make films as a woman in Japan. However, compared with other countries, the general film production environment, the pay you can earn and other such conditions are still incredibly tough for women.

Speaking from my own experience, when I have a film in production there are periods of weeks on end where I only get around two to three hours of sleep a night, where just surviving and getting through my work is all that I can do, with no time for family, friends or partner. In fact, this is all I have ever experienced.

It’s so extreme and tough that among women I know in the film industry, there are overwhelmingly few who are able to balance married life and raising children with the demands of their work. As an example, considering the current industry environment, I think it would be practically impossible for a single woman with a child to be a film director or to work in a production team.

At the very least, it would be impossible to put out films at the same rate as male directors. To do the ‘work’ of a film director is possible, but the nature of the industry is such that it is impossible to do this and at the same time lead a balanced life.

F: Dreams For Sale marks your sixth film credit as Director. Have you noticed any real increase in women entering film production, either as crew, production staff or in post-production during the ten years you’ve directed feature films?

MN: I’m sure there have been many highly talented women who have worked in areas such as procurement, advertising and staging in the past. Ten or so years ago, the number of women in film production would have been less than 1 in 10, but now the numbers have increased to around 3 or 4 in 10. Even in technical areas characterized by gruelling physical work, such as cinematography and lighting, young female staff are on the increase, and they’re incredibly reliable.

Especially because it’s such demanding work, the women who continue to work in film production know this and are prepared for it. My impression is that these women are incredibly smart, passionate about their work, and good at communicating – in short, they are highly capable individuals.

Until now, there haven’t really been any films by female auteurs that have emerged from the Japanese film industry, so that sensibility and those talents themselves are fresh, which is something I think female filmmakers are conscious of. But in order for women to be able to make their way in the film industry long-term, I think there needs to be changes in the environment and in the stability that the industry can offer.

F: You mentioned that there have yet to be any female auteurs in Japanese film. That being the case, may I ask who your influences were? Did you found inspiration from other creative fields, or did you look outside of Japan entirely?

MN: In the film industry, directors Sidney Lumet and Kawashima Yuzo were quite influential for me. In literature, Osamu Dazai. And my older brother, who gave me the opportunity to fall in love with film.

F: Dreams for Sale explores some of the darker aspects of relationships, domestic abuse, and depression? Do you think these issues are being addressed in Japan? Or is there a need to maintain awareness and create better support for victims of these crime?

MN: At the very least, I think all of these issues are currently problems in Japanese society. This film is veritably a full-colour portrayal of the barriers and repression experienced by women living in present-day Japan.

It’s less the product of my imagination than the product of my observations and experience throughout my life so far. I don’t know that the film constitutes any kind of support strategy in itself, but I hope that the film helps to dissolve people’s deeply ingrained preconceptions and gives them an opportunity to look at these problems from a new angle.

F: Do you feel the narrative arch of Dreams For Sale is uniquely specific to the Japanese mentality or are the themes that you explore designed to encapsulate a more universal perspective?

MN: Of course the setting is incredibly realistic for Japanese people, but I must admit I am also curious about how overseas audiences will respond.

As far as I am aware, the choices and possibilities for women’s lives only really began to grow from the beginning of the 20th century in most countries. So, I think that women who, in the absence of role models, lose their way and drown in this new freedom – which has such a short history – probably exist the world over.

There are probably societies out there that have already overcome these hurdles – I’d like the opportunity to speak with people from different societies and hear their views.

F: You’ve been travelling with the film as it does the rounds in the festival market. Have you enjoyed connecting with international audiences? And what has been the reaction so far?

MN: The film drew quite a big crowd at the Toronto Film Festival. There was trouble with the projector and the screening stopped 20 minutes before the end. It took the technical staff 20 minutes to fix the film, but even so the majority of the audience waited in the cinema to see the end, which made a big impression on me.

F: And now Dreams For Sale is set to make its Australian debut, and I believe this will mark the first of your films to play in cinemas here as well? Are you at all nervous seeing your work find a new audience?

MN: This will be the first time for me to see one of my films screened in Australia, which is incredibly exciting for me. How will people respond to the female characters? How will they respond to the Japanese settings and scenery? I’m interested in hearing what people think.