Wheel of Time: Season One: Review 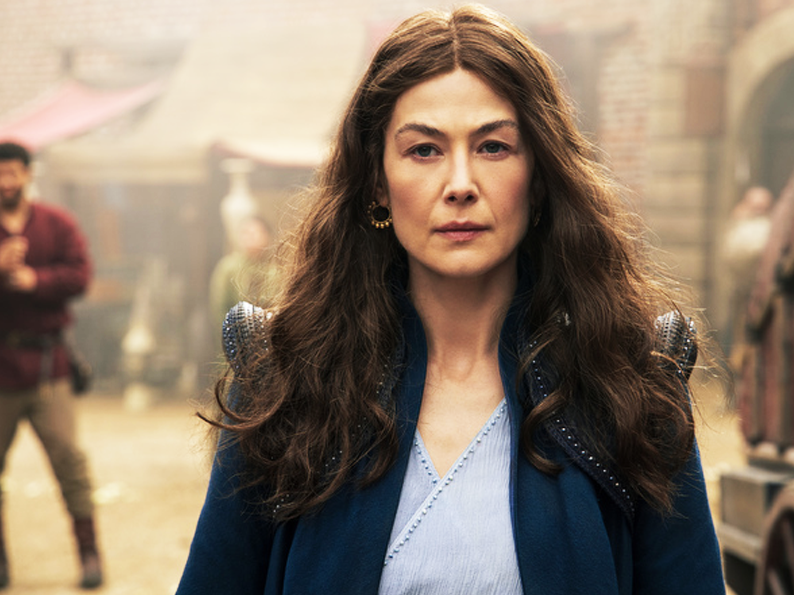 While there is a definite hype taking hold around Amazon Prime’s long gestating Lord of the Rings prequel series (currently slated for a late 2022 release), fans of high-fantasy can now whet their appetites with the ambitious world-building drama of the streaming giant’s latest tentpole, The Wheel of Time.

Based on the fourteen volume book series by the late American author Robert Jordan, The Wheel of Time has remained a genre favorite since publication of its first chapter back in 1990, delivering a rich blend of multifaceted characters, foreboding prophecy, brutal magic, and political intrigue, all of which have left the epic compendium ripe for adaption.

Set in a typical, but detailed fantasy landscape, innocuously referred to as World within the novels themselves, the premise behind the series follows the impending rebirth of a figure known as The Dragon Reborn, a man able to wield a mystical force known as The One Power. The problem however is that the men who can channel The One Power are eventually corrupted, often succumbing to madness as their powers approach their pinnacle. And with The Dragon Reborn prophesied to either break or bind the world, a number of factions begin to hunt the supposed savior with the idea of killing, controlling or weaponising him.

At the forefront of these factions are the Aes Sedai, a society of women able to channel The One Power, and who have dedicated themselves to protecting the world from this very real threat, often at the detriment of their morally obstruse reputation.

The books themselves have a multi-layered complexity that draws the reader in many directions under an over-reaching story arch, and Amazon Prime’s The Wheel of Time seems to do an effective job in culling much of the novels padding to craft a targeted, albeit splintered narrative which thankfully allows its characters, of which there are many, to breath and develop with a certain authenticity.

Its readily apparent that Amazon Studios, along with its producing partner Sony Pictures, are heavily invested in The Wheel of Time’s success, with beautifully realized locations ranging from the tranquil villages of The Two Rivers to the desolate black-stone city of Shadar Logoth, and plenty of nods toward some of the mythologies more sinister and exotic locations including the fabled Eye of the World and the mysterious Ways – think the caves of Moria from Tolkien’s Lord of the Rings, but with a much darker supernatural twist.

In a similar fashion, the producers have instilled the series with some impressive, if perhaps a little gory, trademark elements including a menagerie of sub-human characters and creature designs, all of which compliments the series effective blend of CG and practical visual effects. In a similar fashion, the expansive costume aesthetics – which includes several intricate and brutal weapon designs – bring a rich texture to the show, defining it with an unmistakable lookwhile also assisting the narrative by clearly shaping each culture, sect and storyline for the audience, a welcome assist as the various story lines diverge among the worldbuilding chaos.

Casting wise, The Wheel of Time has assembled an intriguing ensemble, with relative newcomers Josha Stradowski, Marcus Rutherford and Barney Harris (Clique) as the shows three main protagonists, Rand al’Thor, Perrin Aybara and Mat Cauthon, childhood friends who are each a possible contender for the mantle of Dragon Reborn. However, by obvious design, the series takes an interesting deviation from the books by centering itself around the character of Moiraine Damodred, an Aes Sedai played with effective detachment by the commanding Rosamund Pike (Gone Girl), whose insisted authority and ambiguous agenda imparts a tangible discord amongst the key players while opening up a number of dramatic tangents.

Regardless of your familiarity with the source material, The Wheel of Time is an intriguing experiment in epic storytelling. And while the series does falter with some first season jitters, mostly pacing and some slight character continuity concerns, it’s a show that treats its audience with respect and intelligence, and which promises a pay-off worth investing your time in. And for those very familiar with the books, you’ll be pleasantly surprised with showrunner Rafe Judkins (Marvel’s Agents of SHIELD) faithful interpretation of Jordan’s sprawling vision, while respectfully approaching it from a different, arguably more inclusive, perspective.