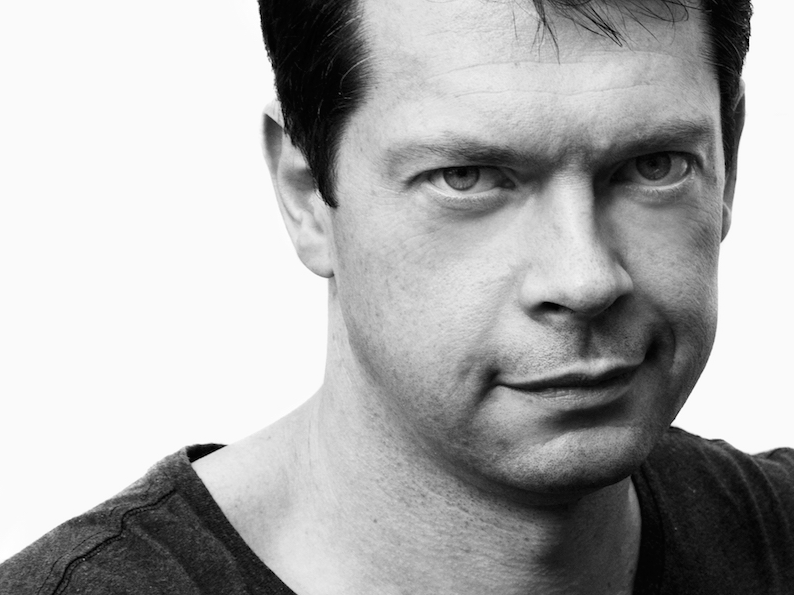 You’ll often hear filmmakers claim they’re looking to make to ‘make a difference’ with their art; perhaps improve upon the world with a revelatory legacy film or traverse the human condition through the eyes of the disenfranchised. Usually, these good intentions are served with a gentle naiveté which usually succumbs to ego.

However, for filmmaker Valerio Zanoli, these particular attributes haven’t just infused his work with a depth of meaning but have helped guide the Italian born filmmakers career as a whole. Having honed his production and directing skills on the 2016 film, The Minis, starring former NBA star Denis Rodman, Zanoli then took on the emotive drama Hopeful Notes(2010), exploring the connection between music and hope. Although the film found a quiet success, it garnered first prize at the International Social Commitment Awards, while scoring a perfect five of five Doves from the critics at Dove Foundation. Zanoli’s follow up film All You Can Dream (2012) received similar accreditation with letters of support coming from the Office of the First Lady and UNESCO for its thoughtful portrayal of the societal and individual challenges faced by struggling teens. Its this recognition that has fueled the former real estate investor to launch a number of charitable initiatives, including his Lets make a Difference portal which connects his filmography with relevant charities as a way for grateful viewers to pay-it-forward.

However, its Valerio Zanoli’s latest opus, the deeply moving NOT TO FORGET which marks the multi-hyphenates most ambitious and thematic film to date. Tackling the culture and prejudice surrounding the growing Alzheimer’s epidemic, Zanoli has assembled a remarkable cast that consist of no less than five Oscar winning actors which include Tatum O’Neal (Paper Moon), Louis Gossett Jr. (An Officer and a Gentleman), George Chakiris (West Side Story ’61) and the recently deceased Olympia Dukakis (Moonstruck) and Cloris Leachman (The Last Picture Show).

With January 27 having marked the one-year anniversary of Cloris Leachman’s passing, Valerio Zanoli was gracious enough to reflect on his experience working with such iconoclastic actors and tackling a difficult, meaningful, and vital subject.

Valerio Zanoli: Working with all these prestigious actors was a dream come true. During the pre-production and filming of NOT TO FORGET, I took the time to listen to their ideas and shape their characters with each of them. It was a collaborative and rewarding process, which motivated us to give all of ourselves.

Fletcher: Having written and producing the film yourself, did you feel a sense of responsibility to craft a film that wouldn’t just contribute to, but elevate the filmic legacy of these wonderful and celebrated actors?

VZ: It was a pleasure and an honor, but also a great responsibility toward the extraordinary cast and the delicate topic we deal with in the story. I was aware that, for some of the actors, NOT TO FORGET would have been their final film. A couple of them were in their 90s but decided to trust me and act one last time for a very important cause.

F: Can you offer a little insight into how the cast came together? Was there an audition process or did you have a very specific idea of who you wanted for each role?

VZ: I reached out to most of the actors directly. I told them I had been producing films to make a difference, and I convinced them to star in NOT TO FORGET by sending them a very delicate script about Alzheimer’s.

During pre-production, Alzheimer’s patients and caregivers read the screenplay and provided invaluable feedback. I wanted the story to embrace the perspective of a young caregiver rather than the one of an elderly patient. It was a way to reach a wider audience and make everyone aware of how urgent the fight against Alzheimer’s is.

The cast soon realized how important NOT TO FORGET would have been, joined me in my mission, and happily worked with me to bring this moving story to life.

F: We recently hit the one-year anniversary of Cloris Leachman’s passing. Would you give us a little insight into your experience with working alongside her in what has sadly become her swansong.

VZ: To most people, Cloris Leachman is an icon and superstar who won an Academy Award for The Last Picture Show. She also won a Golden Globe Award, a Daytime Emmy Award, and eight Primetime Emmy Awards from 22 nominations – which makes her the most nominated and, along with Julia Louis-Dreyfus, most awarded actress in Emmy history.

To me, Cloris is first and foremost a great, inspiring, and genuine human being.

When she accepted the role in NOT TO FORGET, she was already very weak. She was in a wheelchair and needed special care, but she still decided to fly from Los Angeles to Kentucky to be in my film – actually, our film.

I did my best to always make her feel comfortable, and I even re-wrote her character on set. Cloris appreciated it a lot and, to make me feel she was there with and for me, she used to squeeze my hand very tightly. It was our secret way of communicating something that mere words couldn’t have expressed.

At the end of filming, Cloris made me promise to always fight for what’s important and to keep her memory alive. We stayed up until 2 a.m. to talk about life, and we shared personal stories like if we had known each other for several decades. She deserves to be remembered by the entire world, and she will inevitably live forever in my heart.

F: And it would be remiss not to mention the loss of Olympia Dukakis as well, coming a mere four months after we lost Cloris.

VZ: I moved the production of NOT TO FORGET to New York City just to film with Olympia Dukakis. She wasn’t in the condition to travel, so I travelled for her. She was full of energy, with the biggest and nicest smile. Olympia was a pleasure to work with and a great addition to the cast.

It’s very unfortunate that we lost two great actresses in such a short time, but it consoles me to know that they made the best out of life until the very end. I imagine them up there, together, smiling at us.

In NOT TO FORGET, the young protagonist [Tate Dewey] needs to cope with and accept the loss of a parent. It is a difficult process that, unfortunately, we all eventually go through. I lost my dad a few days before Cloris passed away, so I was – and still am – very familiar with the feelings that overcome you when you lose someone. That’s why I immediately reached out to Cloris’ daughter Dinah [Englund], and I’ve remained in touch with her.

F: You’ve covered several emotionally charged themes throughout your films and drawn attention to such social issues as childhood cancer, eating disorders, music therapy and bullying. NOT TO FORGET is a remarkable addition to your social activism. But what is the core ideology you’d like your audience to take with them after watching the film?

VZ: NOT TO FORGET is a film with several themes, messages, and goals.

I believe filmmaking could – and should – be used to make a difference. It’s called “movie business”, but one can make money while still having an impact. That’s why I created the project www.letsmakeadifference.info and I produced films that raise awareness and funds for important causes: childhood cancer, eating disorders, bullying, Alzheimer’s, and homelessness.

It’s important to note that NOT TO FORGET is much more than an “Alzheimer’s film”. Its protagonist is not Grandma, but Chris – the young grandson who ends up becoming a caregiver. Chris also needs to cope with the loss of his mother, forgive his father, and learn how to love himself. There is at least one element of him in each of us.

In the United States, over 20% of adults provide care or assistance to a friend or family member. Caregivers are the unsung heroes, who are willing to sacrifice themselves to take care of their loved ones. Out of love, they often renounce to their job, social life, and personal well-being.

Caregiving is a fundamental part of society, a reminder of how much we all need each other, and one of the purest forms of love. After all, caring for a loved one can be enormously fulfilling and is “not just pain” – like one of the characters says in NOT TO FORGET.

F: And as a filmmaker, do you think there is a direct collation between your philanthropic work and your creativity? Has your work with LetsMakeaDifference.info and www.Helping.Vegas, along with the numerous charities you volunteer with, given you a new appreciation in connecting with, and learning from your subjects?

VZ: I moved to Los Angeles from a small town in Italy because I had a dream to pursue. Soon, I realized that a dream without a plan will always remain a dream. So, I learned how to transform that dream into a goal, and that goal into a career. It took a lot of hard work and determination, but the result is NOT TO FORGET.

All the talented people who were on set with me have stories very similar to mine, and reminded me of the importance of always giving your best and never giving up. I believe it is an important and universal message that everyone needs to believe in. It can really change one’s life.

The best persons I met on the set of NOT TO FORGET were not only the most successful, but also the humblest ones. I will always treasure the long conversations I had the privilege of sharing with them. Without realizing it, they taught me to look at elderly people in a different light.

Our seniors have an incredible knowledge and a burning fire inside them, and we should always remember to keep them close to us, listen to them, and keep them alive – especially in their heart and, eventually, in our memory. Aging, illness or disease may take them away from us, but “one never really forgets love”. And that’s something NOT TO FORGET.

NOT TO FORGET is available in the U.S. on all major streaming platforms, and soon in Australia and the rest of the world.