To Be Takei: Review 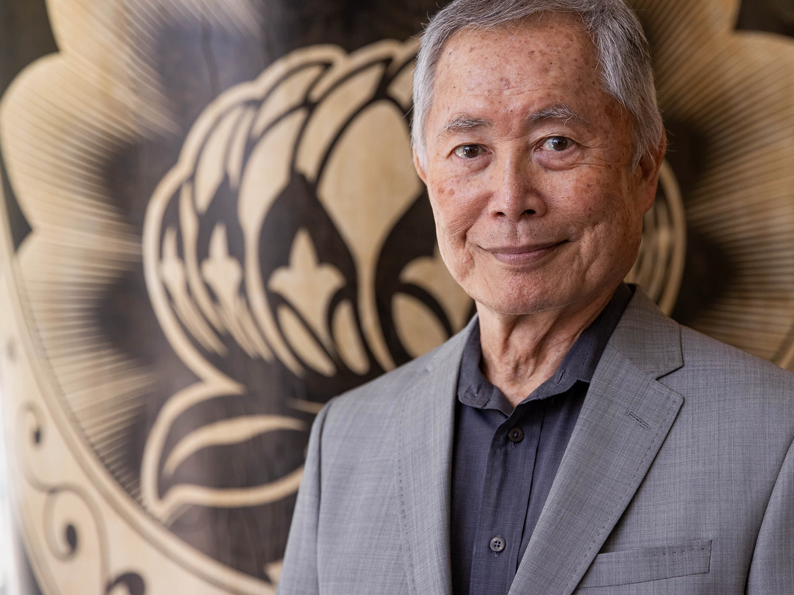 There is a moment in Jennifer M. Kroot’s documentary To Be Takei, where her subject, Star Trek alum, star of stage and screen and social activist George Takei, has a moment of genuine introspection, asserting ‘I, in my own life, have been the beneficiary of an optimistic view of life’. And while the quote seems frivolous at first, once the film begins mapping Takei’s extraordinary hardships, from his time spent in an American internment camp as a child, to his professional and political identities as a closeted gay man to his recent activism for GLBTQA+ rights and equality, that the seemingly frivolous admission manages to instil and inspire Kroot’s film with its necessary and tangible focus.

As a raw subject, Takei offers Kroot’s ever-present camera a fascinating study in duality, allowing the narrative to shift between socio-political activism and the absurdity surrounding Takei’s fame as an iconic pop-culture stalwart. Bridging the gap between these two worlds is the self-effacing and genuine relationship George shares with his husband Brad Altman. In fact, its Altman’s presence onscreen as the often-flustered straight man (excuse the pun) opposite Takei’s refined comedic showmanship that allows the camera to embrace a more intimate side of Takei, whose persona as a consummate performer often obstructs the audience from gleaning a genuine insight into the Japanese American entertainer.

And while it’s an intriguing narrative supposition, it also creates an inherent flaw in Kroot’s biographical ambitions. Especially with Takei’s current public saturation of the ‘George Takei Brand’ –  which includes, but is far restricted to, regular appearances on Howard Stern’s radio show, numerous guest spots on TV sitcoms, news programs and public speaking along with a massive online community spearheaded by Facebook and Instagram accounts boasting several million followers – Takei’s apparent gift of always being ‘doesn’t leave much in the way of new revelations, forcing the film into rehashing what is essentially common knowledge.

Ultimately the real intrigue of To Be Takei is harvested from old stock footage of the American internment camps where Takei spent his childhood behind barbed-wire fences, while firsthand stories recalled from his early career playing opposite the likes of John Wayne and Jerry Lewis offer an enticing dose of Hollywood nostalgia. And of course, having the chance to rewatch the gentle, articulate and savvy 77-year-old Takei mercilessly roast his Star Trek co-star William Shatner by unceremoniously telling him ‘Fuck you and the horse you rode in on’ will never grow old, but to be perfectly honest, just as Uncle George would want, as a documentary film, To Be Takei, while entertaining and endearing never manages to supersede the trivial.