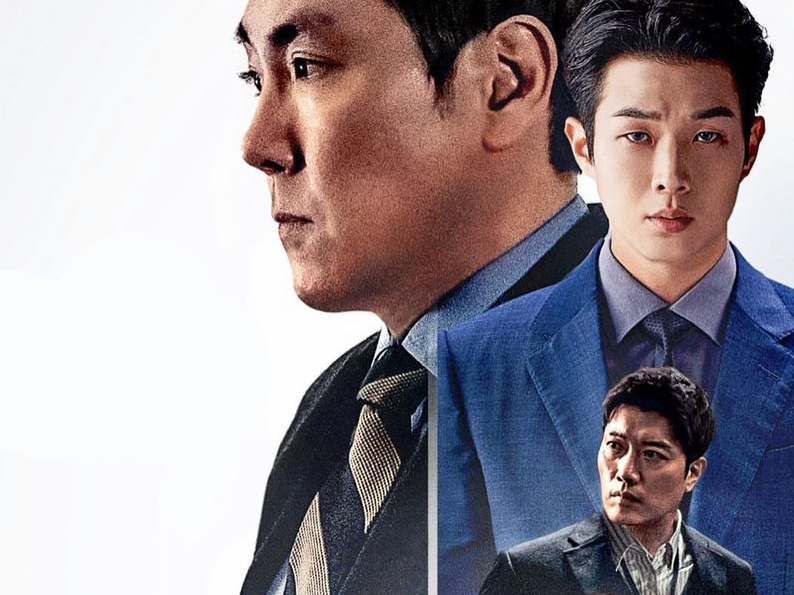 Adapted from the award-winning novel by Japanese author Joh Sasaki, The Policeman’s Lineage is essentially a morality tale of modern policing, pitting generational attitudes and procedures against one another. But instead of indulging the traditional good cop / bad cop tropes, Kyu-maan unravels a narrative of strained comradery and begrudging respect between his contentious antagonists.

Headlined by Choi Woo-sik – whose impressive resume includes the likes of Parasite, Train to Busan and Okja – and Cho Jin-woong (Intimate Strangers, The Handmaiden), the film starts out in familiar territory with rookie cop Choi Min-jae (Woo-sik) tasked by internal affairs to infiltrate and report on a special crime unit, run by the imposing Park Gang-yoon (Jin-woong), whose unconventional methods may have resulted in the death of a fellow policeman.

However, as the evidence mounts, Min-jae begins to comprehend a complex methodology of policing that walks a fine line between corruption and legit practice, a revelation made more complicated by Gang-yoon’s connection to the rookie cop’s tainted past.

At its core The Policeman’s Lineage leans more into its dramatic themes than its thriller aspects, a sentiment reinforced by its domestic look, which boasts rather lowkey cinematography and a sound mix that would have better suited a TV release than a big screen outing. Thankfully however, the dynamic between Woo-sik and Jin-woong produces a fascinating and compelling focal point for audiences, as their respective characters find themselves forced into alliances and compromise that play against their base natures and opposing delineations of justice.

With shades of Infernal Affairs and Training Day coloring its DNA, The Policeman’s Lineage feels slightly under polished for its genre ambitions, but ultimately it succeeds as a forceful character study played against a backdrop of organized crime syndicates, ambivalent morality, and violence, managing to deliver a complex and occasionally jarring point of difference to a well-worn genre.