The Fable: The Killer Who Doesn’t Kill: Review 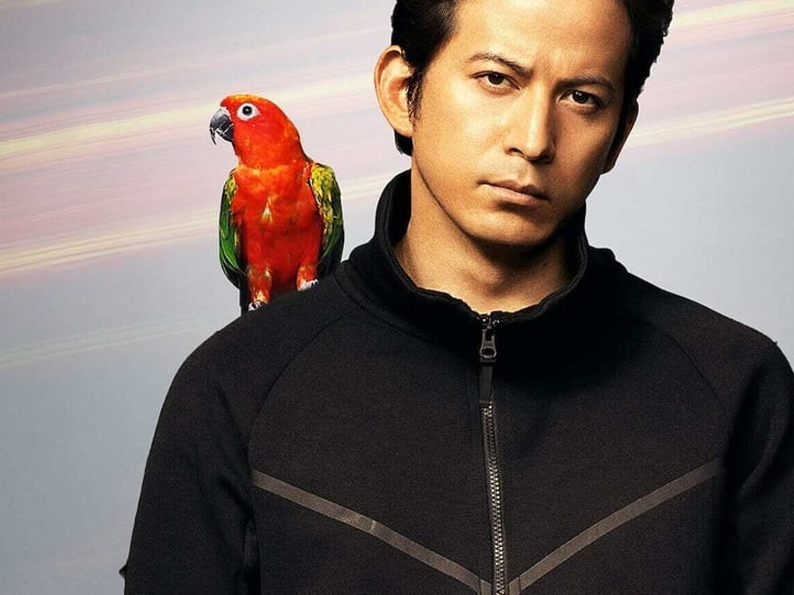 After the overwhelming success and popularity of the first Fable (2019) film, it came as no surprise when the studio Shochiku announced a sequel had been fast-tracked, continuing the misadventures of Akira Sato, one of Japan’s most notoriously efficient assassins, trained for the craft from a child, and whose reputation has earned him the notorious moniker of, The Fable.

Okada Junichi (Library Wars, The Last Mission) once again helms the titular role as Sato, effortlessly returning to inhabit the charmingly anti-social hitman placed into semi-retirement under the order of his crime boss, who fearing the skilled assassin was over-worked, instructs his protégé not to kill under any circumstance, but instead focus on attaining an ordinary, domestic life.

However, things don’t go as planned when one of the employees at the small printing company where Sato now works becomes a mark of a dangerous con. As the plot unfolds, Sato is drawn back into Tokyo’s criminal underworld where he must face the repercussion of a previous contract that was left unresolved.

For those familiar with the first film, The Fable: The Killer Who Doesn’t Kill will pretty much deliver what you’d expect, an entertaining mix of action, violence, and a some truly deadpan comedy. However, as a sequel, The Killer Who Doesn’t Kill is surprisingly effective in driving the narrative forward, offering just enough backstory to welcome newcomers to The Fable mythos, while upping the ante and delivering plenty of surprises and fan service for those returning to the franchise.

Also returning alongside Junichi-san is director Kan Eguchi (Riding Uphill), who once again brings his trademark creativity to the film’s many action sequences, which surprisingly manage to surpass those of the original film, both in terms of ambition and stylistic execution. However even more impressive, is Eguchi-san’s handling of absurdist comedy, which he thankfully reigns in this time around in favor of a more dramatic narrative, allowing the ensemble cast – which includes the superbly villainous Shinichi Tsutsumi, the droll Yurina Hirata as the wheelchair bound Hinako and Fumino Kimura as Sato’s long-suffering partner in crime tasked with keeping him murder free – to bring their individual performances and comedic timings to a more structured narrative.

And although the film never intentionally overreaches from its original intent, there are moments which unfortunately pull audiences from the comfort of its genre tropes, namely the occasional deep dive into some rather creepy, perverse, and problematic themes including the placement of hidden cameras in a woman’s apartment and some grotesquely fetishized allusions. Granted these are scenes are designed to reinforce the malice of the film’s bad guys, but they play as a most unwelcome distraction from the deliberate sense of fun and adventure that is essentially the films primary foundation.