The Children in the Pictures 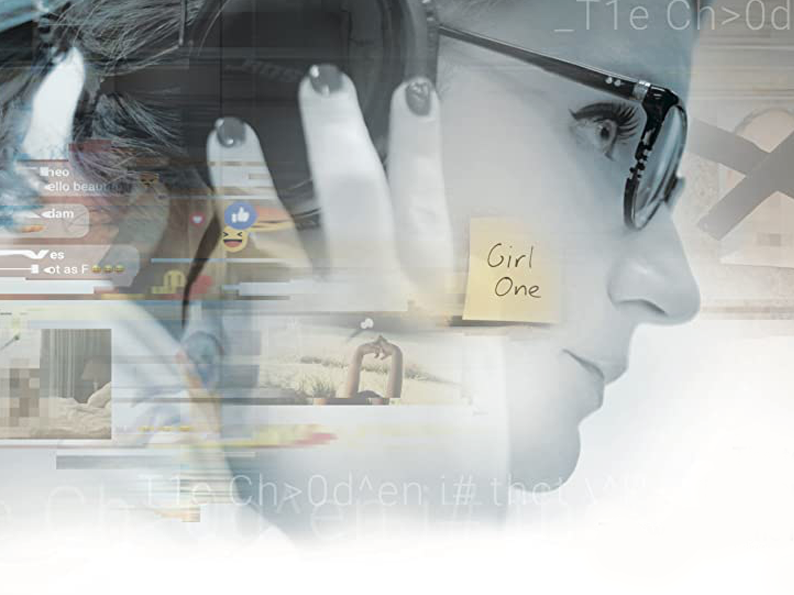 The following article contains subject matters including sexual assault, child sexual exploitation and paedophile. If any of the following content is triggering, please visit https://childreninthepictures.org/find-help/ for a detailed list of active support services.

Film activism has been always a powerful tool to raise awareness across social, environmental and political affairs. At its most successful, it has the ability to create a movement, and at its most vapid, it may enter the revolving door of sensationalised Netflix limited series, quickly replaced by next month’s doco-of-the-week.

However, while success can be a fickle audience-based phenomenon, it’s rare to see a documentary built entirely on an agenda of activism, a steppingstone if you will designed to initiate not just awareness and conversation, but instigate deliberate, essential action, both vital and relevant to the wellbeing of our global and domestic communities. But that is exactly what the compelling, and confronting documentary The Children in the Pictures aims to achieve.

A forensic expose on the culture of child sexual exploitation, filmmakers Akim Dev (The Final Sacrifice) and AFI winner Simon Nasht (Defendant 5) have crafted an enthralling behind-the-scenes profile of ARGOS, the steadfast law enforcement unit based near Brisbane, Australia whose directive is to identify and rescue victims of the monstrous online communities that produce and trade in explicit sexual content primarily focused on and around the abuse of children.

While it may seem an unbearable subject in which commit a feature length documentary to, the film is essentially one of optimism showcasing real world solutions and intimate profiles of the law enforcements officers who have and continue to achieve tangible results in saving abused children. In fact, the film in and of itself is remarkable work of engagement against a leviathan of malevolence.

“A lot of times you get asked as a filmmaker, ‘How did it get so big? How did we get here?’ And honestly that’s part of the story.” Explains Akhim Dev, the films co-director and producer as we discuss the film’s geneses and its societal bearings.

“We wanted you to see how we were getting to these numbers, we wanted you to see the correlation in numbers from dialup internet connections to the proliferation of mobile phones, and how these factors have created this explosion. It makes you realise that the crime is growing in size. Yet one the biggest crimes is that we haven’t ever really talked about.

“Social media applications such as Tiktok, Facebook and Instagram are creating fertile ground for predators, but they’re also creating these theatres where children who are engaging in risk-taking behaviour feel that they’re safe because of the anonymity they have from behind their phone. But actually, the reality is they’re completely exposed. And this is causing a mass of victims.”

One of the documentaries most provocative sequences consists of a simple size-comparison graphic, showcasing the disturbing reality of online participants within these criminal communities. With the infamous reputation of being among the first predatory chat rooms targeted by cyber units, the innocuously named forum The Group, was bought down in 2009 with approximately 54 active members. Five years later, a site known as The Love Zone was reported to have in excess of 45,000 active members while in 2017, thanks to the proliferation of the dark-web, a site insidiously titled Child’s Play was reported to have a membership exceeding 1 million. Today, some child sexual exploitation sites have logged global memberships of over 2.5 million participants, actively exchanging video, audio and still photography among its members.

“The thing that is really important now is to realise that we all have a potential child abuser in our back pocket.” Explains Dev holding up his mobile phone as an example of the clear and present danger faced by today’s youth. “So, the first thing we need to do is talk about it. And we need to talk about it in the right way. Part of our objective is to educate the media on the language that we should use around this subject.

“Stop calling everyone that does it a “Pedo”. Those kinds of salacious names and headlines aren’t helping. Stop calling it fucking Child Pornography; for gods’ sake, you know? That has got to be one of our big takeaways. IT IS CHILD SEXUAL ABUSE!

As a film dealing with such a confronting subject, one of the things The Children in the Pictures gets right is the focus it brings to the law enforcement officials who have dedicated their lives to fighting, not simply against the perpetrators, but for the victims. A distinction both Dev and Simon Nasht approached with a considered respect, and which adds a compelling procedural narrative to the documentary that will satisfy any aficionado of the true-crime genre. It also gave the filmmakers an approach that allowed them to gain the necessary financing required to produce a film on a subject that many prefer not to consider.

“It wasn’t an easy one by any means.” Reveals Nasht when asked about the challenges of finding support for an exposé on Child Sexual Exploitation. “I think, not that the heart wasn’t willing from them, but I think they needed to keep being convinced that we could find a way to tell this story that would actually be watchable.

“So pretty early on we decided that we’ve got a couple of things going for us. It’s obviously true crime in the truest sense. And though we certainly don’t shy away from that, I think we’ve avoided using the usual Netflix tropes. It had to be engaging for the audience on a level of: Are they going to find the criminals? How do they find them? What’s the trade craft? All these sorts of issue are interesting in that true crime sense. But we wanted to avoid the kind of flashy doc-style that’s already become a cliché.

“Secondly, I think our approach overcame that resistance by actually telling this story from the investigator’s perspective. This is the cop’s story. It’s an awful crime involving pretty awful people but there are also some remarkably good people, some really courageous people in this story and they, of course are our key characters.”

Based near Brisbane, Queensland ARGOS has become a global leader in tracking, infiltrating, and decimating numerous exploitation rings, often liaising with international law enforcement agencies to save thousands of children from continued sexual assault, exploitation, and grooming. In the last financial year alone, ARGOS has helped identify 201 children facing sexual harm around the world, which has directly resulted in the arrest of 49 child sex offenders on 402 criminal charges, which then produced to an additional 690 referrals to international agencies.

However, under the prevalence of inaction from the like of Facebook and Amazon Web Servers (which operates roughly 40% of the worlds cloud market), alongside other social media juggernauts, coupled with the inherent anonymity of the dark web, the threats faced by our children remain prevalent. Child sex abuse is now the fastest growing major crime in the world. Reports made to authorities increase 50% each year with Australian Centre to Counter Child Exploitation (ACCCE) having received in excess of 22,000 reports of online child sexual abuse this year already. A similar task force in the United States has reported over 65 million images and videos having been directed to investigators.

In the face of such an overwhelming tidal wave of human misery, Dev and Nasht have none-the-less produced a succinct and vital profile of the meaningful and insistent dedication of the investigative teams facing down this tsunami. However, while many filmmakers would simply have delivered their film and moved forward with new projects, the producing partners have continued to invest significant time and resources beyond a simple shoot-and-release strategy, with The Children in the Pictures set to launch an ongoing campaign to draw attention and advocacy toward the rampant issue in hopes of affecting real world change.

“We’ve got cinema screenings where we can, in Perth, Brisbane and Hobart, Launceston, Darwin, Alice… a few places.” Elaborates Nasht regarding the films roll-out “We’re working with Fan Force on having virtual screenings where you buy your ticket and watch the film during a set session time. And then we’ve got Q&As being hosted by the likes of Peter Fitzsimons, Andrew Denton, Derren Hinch, as well Q&As with cops and specialists in the field. A lot of the ARGOS team themselves are participating. So that you have a certain value added for the audience in terms of watching.

“It plays on SBS on Sunday evening, of October 24th as the final film in a series called Australia Uncovered. And kudos to SBS for actually doing that. And then, our main game is the release of the film internationally.

“It’s looking pretty good – it’s not confirmed – but we are looking at SXSW (South by Southwest Festival) in March and then we’ll see where it goes from there.

“Also, because of the nature of the film we have a lot of high-powered partners, including some of the world’s largest law enforcement agencies such as Homeland Security and Europol who are endorsing the film. We’re also in advanced discussions with UNICEF to take word of the film out to their membership and user groups.

“And beyond that, we have, what I’m sure is the largest ‘Impact Funding Grant’ an Australian film has ever received. It’s seven-figures from Westpac who are backing the film. That will allows us to employ a bunch of special staff who’ll be dealing with the impact of the film for at least two years. We will also be releasing a podcast early next year which Dev and I have done. But I would recommend anyone to have a look at childreninthepictures.org. That’s really the beginning of all this activity.

“It’s an interesting experience… “continues Nasht. “We’ve seen a couple of American films that have done it. Obviously, it started almost accidentally with An Inconvenient Truth, but there have been some fine films to affect change. Invisible War was one, exposing sexual abuse in the US military which has resulted in huge changes, both in legislation and with the US. Joint Chiefs of Staff becoming deeply involved in the issue. It’s interesting when you have a combination of zeitgeist for an issue come just at the right time, giving an audiences the ability to actually do something rather than just watch the film.”

“Simon and I have been on this together for 6 years, I’ve been on it for 8 years.” Interjects Dev. “It’s a real testament to ARGOS and law enforcement who we were working with that they gave us the entrée of the vision, and who let us hang around and discuss the ways to really be able to get this right. It was really about getting the messaging right, and for them to actually realise, ‘Oh hang on a second, you’re not just gonna come her and make some movie and just go home, to say there’s the problem, see you later and then go off and make another film about whale sharks or whatever.’ They actually know that we are here for the long haul.”

To understand more on this vital issue or to help support the fight against child sexual exploitation visit  https://childreninthepictures.org/

Victims of child sexual assault or those who know of a crime taking place can find a list of organisations able to help by visiting https://childreninthepictures.org/find-help/