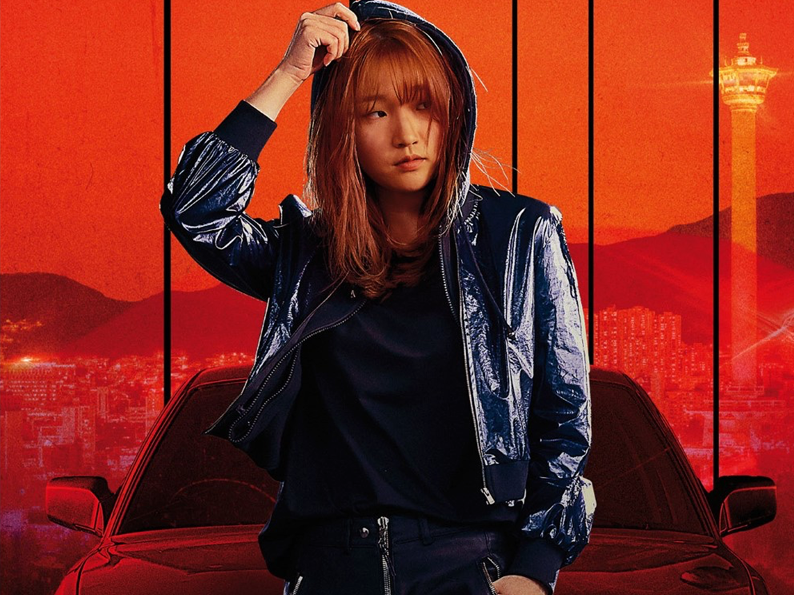 It’s been a long take between gigs for director PARK Dae-min, with his last action adventure, an adaptation of the 17th Century folk-legend, Seondal: The Man Who Sells the River, releasing in 2016. However, the architect-come-director returns with the wholly original Special Delivery, a high-octane Korean thriller that trades traditional hanbok for souvenir jackets and trucker caps while replacing horse drawn carts with modified BMW E34 and E39’s. And while Special Delivery heralds the welcome return of its director, it also marks the first lead role of PARK So-dam since her break-out performance in the Oscar winning Parasite.

Set largely in the honeycombed backstreets of Seoul and Busan, JANG Eun-ha (So-dam) works as a driver for an underground delivery service that specialises in off-the-book jobs. Quietly cool and unrivalled at her job, Eun-ha unexpectedly finds herself at the centre of a conspiracy involving corrupt cops, violent gangsters and a growing body count as her latest assignment has her tasked with getting a traumatised ten-year-old to safety. A task that not only puts her professional code and safety at risk, but which threatens her adopted family of co-workers, including her mentor and father-figure CEO Baek, played by veteran actor KIM Eui-sung (Train to Busan, Assassination).

Special Delivery opens on what is arguably one of best car chase scenes put to screen in recent years, effectively pulling its audience into the film’s fictional crime world with ease and finesse thanks to a charmingly understated performance from PARK So-dam which perfectly compliments the exceptional cinematography and editing from HONG Jae-sik and KIM Sun-min respectively.

However, while Dae-min handles the ambitious action and fight sequences with an aptitude that contradicts his inexperience in the director’s chair, the narrative does occasionally stall under the weight of some over-indulgent dramatic moments, which largely distract from the film’s core mantra of mayhem and fun.

Special Delivery undoubtedly shares its cinematic DNA with popular actioners such as the Jason Statham starrer The Transporter and Edgar Wright’s Baby Driver, yet PARK Dae-min has managed to inject a very Korean sentiment, and by extension a defined point of difference, into his latest endeavour. And while occasionally faltering under a disjointed narrative, it remains a thrilling, entertaining and solid genre flick thanks to PARK So-Dam’s inspired turn as the infallible delivery driver.