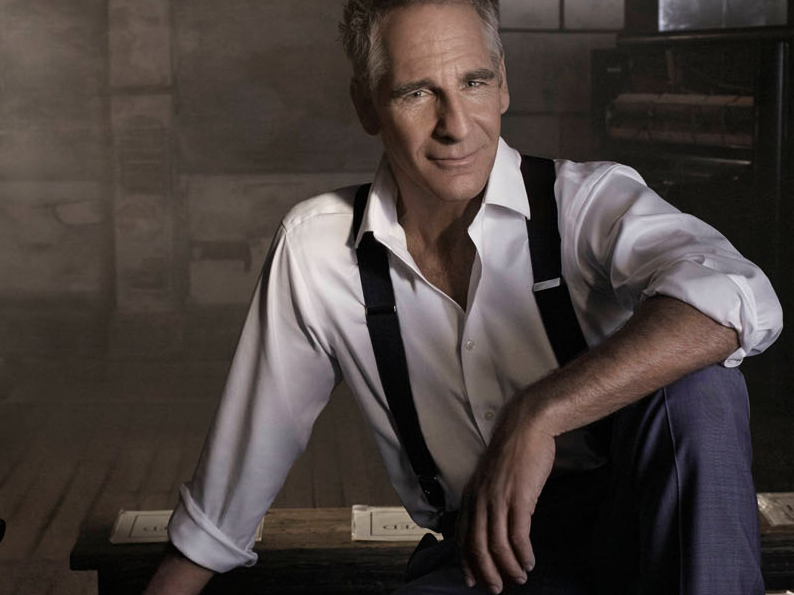 During the late 1970s a quiet revolution within American television was underway as a select group screenwriters and producers began transforming America’s leading broadcast networks from within. Leaving behind the gentrified Leave-It-To-Beaver naivety and gosh-darn punchline standards established during the 50’s, the industry had begun embracing more layered, creatively diverse, and often risky forms of narrative storytelling, exploring consequence and character growth designed to hook, engage and challenge viewers.

With mavericks like of Aaron Spelling (The Love Boat, Dynasty), Stephen J. Cannell (Greatest American Hero, 21 Jump Street), Stephen Bochco (The A Team, LA Law) and Glen A. Larson (Knight Rider, Buck Rogers) reshaping the prime time landscape, one of the revolution’s most prolific members, screenwriter/producer Donald P. Bellisario was efficaciously carving his own unique niche, a one-hour-block at a time, with programs as Magnum P.I. (1980), Airwolf (1984), JAG (1995) and of course, his acclaimed 1989 science fiction, time travel opus Quantum Leap.

Headlined by the relatively unknown (at the time) Broadway and stage actor Scott Bakula – cast off the back of two short lived series – Quantum Leap was an ambitious blend of drama-based science fiction, social commentary, and light comedy, all packaged into a boys-own-adventure style anthology series. In fact, Quantum Leap touched upon such a diverse range of genre tropes that the initial pitch to networks executives focused more on thematic story-arcs and subtext rather than presenting traditional one-page treatments.

“Yeah, its tough. It’s hard to describe.” Explains a bemused Scott Bakula, graciously calling in from the set of his latest Bellisario collaboration, NCIS: New Orleans. “We always joked, subsequently after I was cast of course, that it was virtually an impossible show to describe in one sentence.

“I think when Don [Bellisario] first sold it to NBC, he said ‘You know, I want to do a series about a guy who time travels back in time. And his best friend is a hologram who goes back with him; but no one can see his friend except for him. What do you think?’

“And for whatever reason, they said ‘Sure Don, go ahead and go write it.’ And then the rest is history.”

Making its televised debut on March 6, 1989, Quantum Leap quickly became a global sensation, not only drawing a fiercely loyal fan-base with its eclectic mix of disarming characters, engaging narratives and cohesive sci-fi, but it also managed to garner several industry accolades including six primetime Emmys, a prestigious Saturn Award, a Directors Guild Award and Golden Globes for both Bakula and his co-star Dean Stockwell, perfectly cast as the show’s enigmatic hologram Al.

However, while the show enjoyed the respect from the broader industry and audience alike, for some reason it was never able to stake a secure position within the network itself, who through ignorance or arrogance, hindered the ratings and frustrated the fandom with constant timeslot shifts and debilitating late renewals. In fact as the show wrapped it third season, rumours of exiling the series to a Friday night timeslot, acknowledged by many as a death sentence for any program, had already began circulating, kick-starting a massive letter writing campaign by fans, who by this point were proudly unifying under the affectionate moniker of ‘Leapers’. One infamous letter, addressed to NBC Entertainment President Warren Littlefield and often referenced to exemplify the fortitude of the fans, simply read ‘Here’s the deal Mr. Littlefield, move it back to Wednesday night and your family is safe’.

“We were basically going season to season.” Explains Bakula “By today’s standards our numbers were huge, but back then we were never a top-ten show. Not anything close to that. We kind of scratched through getting a pickup every year. I think, there was maybe one year where we felt confident that we were going to get another year.  But that was just once. Out of five seasons.”

“But our fans were part of this huge letter-writing campaign when our show was on the cusp of being cancelled.” Elaborates the St. Louis native regarding the outpouring of support, and its subsequent victory over the networks meddling. “Actually, they did a commercial on NBC after the decision was made. Warren Littlefield was the president at the time, and the commercial was them dumping all these letters all over him. And him saying, ‘All right, all right, enough. Quantum Leap’s coming back. Stop writing!'”

In total Quantum Leap ran a total of 97 episodes, and Bakula’s character of Sam Beckitt, whom he fondly describes as ‘a wide-eyed, inquisitive and gentle spirit’ remains etched into the iconography of modern pop-culture. In fact, the series popularity recently motivated the announcement of a Blu-ray transfer, an impressive step-up from the generic DVD previous launched in 2016, and a honourific usually reserved for major historical broadcast markers and pop-culture leviathans such as Star Trek, The Twilight Zone and X-Files.

And as with any vintage show gaining new momentum, the Internet has taken a renewed interest in the possibility of a reboot or revival, fuelled on by Bakula’s continued popularity and high-profile role in NCIS: New Orleans and Star Trek: Enterprise, forcing the question as to whether Dr. Sam Beckett might once again step into the Quantum Accelerator for a brand-new leap?

“But given all these other shows being resurrected, it seems like just a matter of time before it happens. You just never know.”