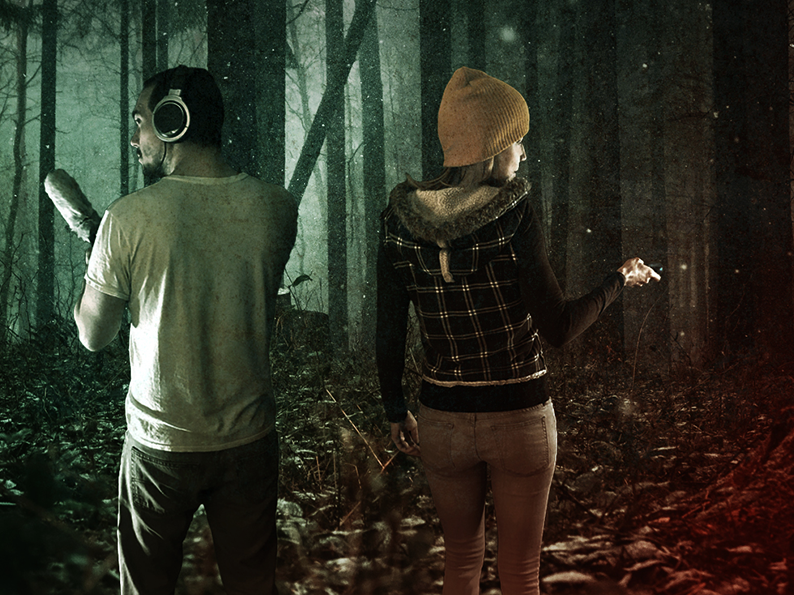 The COVID-19 pandemic has been a brutal learning curve for film production, with any number of studio production forced into hiatus, shelved indefinitely or relegated from theaters to a streaming service. But for independent films, and filmmakers alike, the pandemic has been considerably worse as smaller productions, already operating under limited budgets and resources, have found themselves literally locked out of locations, stripped of crews and isolated as the virus rapidly spread through the global community.

But as they so often do, many within the independent filmmaking sector have spent the pandemic and its resulting lockdowns redefining their perspectives and skill-sets in order to operate within the ‘new normal’, cultivating creativity over disenchantment.

One such outfit, Californian based production company Sestero Pictures, in partnership with Woof Cat Films, helmed by Australian Robert Livings, not only managed to produce the feature length horror film INFRARED during the COVID situation, but have also effectively tapped into a cross-genre promotional stream that metaphorically echoes the films pandemic origins; embracing both found footage trend and the widely popular ghost-hunting reality TV genre. A departure for Livings who serves as a producer and co-director on the supernatural sleeper, and his producing partner Randy Nundlall Jr.

“COVID. It was COVID. It was about keeping the crew small.” Explains Livings when the topic of edging into the overworked trope of Found Footage comes up. “Randy and I had made a film around August in 2020, called The Other Girl. We really enjoyed making it and actually had all these plans for another film. But that all fell through when COVID arrived. So we were like, “Let’s do a film where it’s just a crew of three and a cast of three.

“We really wanted to do a genre film. And we were like, ‘Well, how do we keep the crew down? How can we make it so the crew is the cast?’ And it was like, ‘Okay, this could be our solution.’ Because Randy, who’s in the film, is my co-director. So it was just me, and him on cameras. And we had a sound guy, Austin [Blank], who’s in the film playing our sound guy – anyone you see doing something in the movie, it’s actually what they’re doing on the movie – and that was it.

“So it meant Randy was able to direct on set as well. And it seemed to really work, it kept everything super contained, which was really, really nice.

“And yeah, obviously we know that there’s this stigma with doing found footage. A lot of people are instantly just put off by it. And that’s fine. We know it was overdone for quite a period there in the early 2000s. So we just needed to make sure that it’s character driven and that these characters have a purpose, and we’re not just rooting for them to die. That was essentially our goal.

“But we did a lot of research before we started, because we wanted to hit the right fan base. There are actually so many good found footage movies out there. And I think people just haven’t seen a lot of the good ones.”

Finding his way into a viable narrative proved to be the least of Livings troubles as his team began the audacious task of securing a workable location, which ended up being an old derelict school building, and attempting to shoot a feature during a citywide lockdown, which effectively had the production operating as a guerrilla unit.

“I mean, we’re kind of always in lockdown here in Sacramento.” Jokes the director “But, yeah. A lot of stuff was restricted… There was a very small window where it seemed like restrictions had been eased. But the owners of the school were like, ‘You can’t do it. You can’t do it. Hey, restrictions are lifted. You can do it.’ So it was suddenly like, ‘Oh crap. Is everyone else available? Let’s get this sorted.’

“So we shot. And then two weeks later, the place became unavailable again, back to another lockdown. We followed the standard protocols, but it was such a small crew and cast. And most of us are all friends as well, so everyone was like, “All right, let’s just be safe.” And we just saw it through that way.”

At its heart Infrared is a tale of family, exploring how familial relationships can affect our growth and augment our insecurities. In this particular case, Livings narrative focuses on estranged siblings Wes and Izzy Wheatley – played by Jesse Jansen (First Date) and Leah Finity (The Other Girl) respectively – as a wannabe Ghost Hunter and his psychically gifted sister. After an awkward reunion orchestrated by Wes’ producer (Randy Nundlall Jr), the two agree to team up in order to investigate an abandoned building with an infamous reputation, only to find themselves entangled in the fabric of the building’s dark mythology.

However, as with the Infrared’s initial production, COVID has continued to hinder the indie horror with inconsistent lockdowns and public caution leaving many cinemas and venues unavailable to genre fans hungry for new content. Set to debut on next month at Leederville’s beloved Luna Cinemas just outside of Perth, Livings, a native of Western Australia himself seems resigned to the current reality, lamenting his disappointment in having to likely attend his films premiere via a virtual appearance.

“Yeah. It’ll be a world premiere.” Jokes Livings in good humor “If you want to call it that. We are doing a screening of the film on March 4th, at the Luna in Leederville. I used to work for that theater, so we’re doing a premiere there. That’s going to be a lot of fun. I think it’s screening in the outdoor theater, so it’s a really cool vibe. It holds 160 people so it should play pretty well. And the cast and crew are doing a Zoom Q and A afterward.

“I’ve been reading the news that Perth is keeping their borders shut. It was like for that first year, and I’ve been so supportive of everything they were doing, because it kept my family and friends safe. But then setting a benchmark and then not living up to that benchmark; it’s frustrating. I’m very pro safety, pro vax, pro all that stuff. But it just gets to a point. It’s been nearly three years since I’ve seen my family. And I don’t know if that’s just me being selfish, or if I am… I don’t know. It’s a hard thing.

“It’ll be sucky, seeing everyone at the screening and not being there myself, but it’ll still be nice that they get to see Infrared before anyone else.”