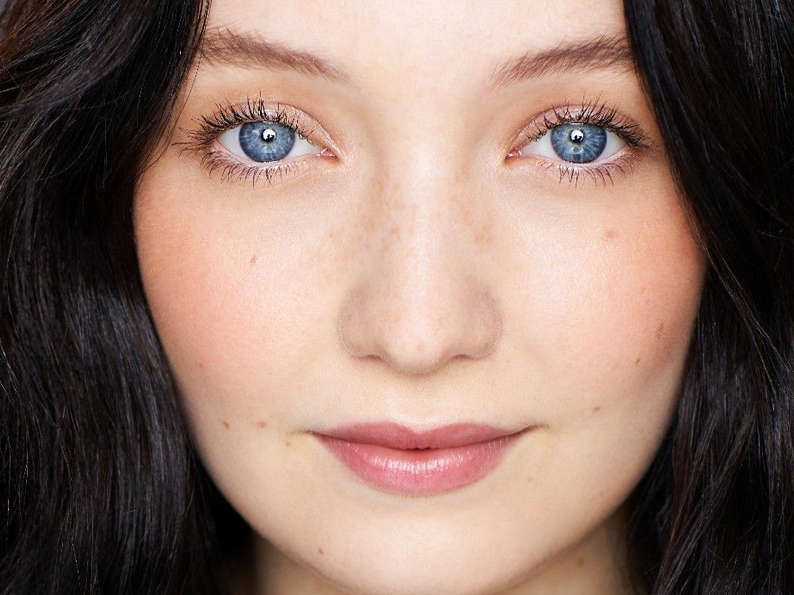 Set in the world of contemporary ballet and slated for a 2022 release, the new Australian youth drama The Red Shoes: Next Step brings together a stellar cast of young actors – headlined by award winning dancer Juliet Doherty and The Conjuring 2’s Lauren Esposito – dancers and a dedicated team of filmmakers including Producer Tanya Esposito (The Legend of the Five) and director Jesse A’hern (Christmas Down Under) who completed the coming-of-age drama under significant impediments thanks to the COVID-19 pandemic and rolling lockdowns across two key states.

With government bodies scrambling to refine and implement safety protocols around the worsening pandemic, alongside the overwhelming sense of distress spreading throughout the community, the Red Shoes production, already operating as a complex set accommodating to an ensemble cast, professional dance troupes, choreographers and a full production crew, found itself in an unpredictable no-mans-land of red-tape and paranoia while having to navigate fluid policies, personal safeties and abrupt cancellations.

“I think one of the biggest impacts was that we had a group of our dancers from Brisbane which we had to leave behind on a week’s notice,” explains Jesse A’hern who co-directed the film alongside Joanne Samuel, reflecting on the difficulties the pandemic bought to the ambitious shoot. “They had already spent months actually learning all of the choreography with our choreographer Daniel Gaudiello (formerly of The Australian Ballet). So, we had to find these young dancers, 15 young dancers down here in New South Wales, on a week’s notice and have them learn all the choreography… And they did. They even slept on the set and were absolute legends.”

But while the practical attributes of managing a film set during such uncertain times was a defining and testing experience for those cast and crew maintaining the set, the film’s producer, Tanya Esposito offers her own insight into the logistical difficulty of scheduling, managing and executing a feature film during an unprecedented national health crisis.

“If you start from the beginning.” Explains Esposito with wry smile. “I’m actually from Victoria. And so we had custom crew of seven. There was a couple of costume crew, our choreographer, who came from Queensland and the rest were all from New South Wales. So, we actually left Victoria on a moments notice because we thought that we would end up delaying production if we didn’t get into New South Wales in time, before the lockdown took effect.

“So, we got into New South Wales a couple of weeks earlier than planned, and everything was going dandy till probably about the end of the second week of filming, and that’s when things started to turn nasty in New South Wales. From that point it was difficult.

“We had to work with unclear directions from everyone’s own interpretation of the policy orders. We had to be constantly in contact with New South Wales Health to get clearances for shooting. We had to reduce our crew numbers; we were COVID testing all the time with all our cast and crew tested every three to four days. We had absolute closed sets and people from interstate were operating in ‘COVID bubbles’ right from the outset.”

Another major issue Esposito faced were the strains the pandemic was taking on the films budget, an aspect of Australian film production that local filmmakers traditionally compromise on well before cameras are even loaded. And with her budget now being forcibly redrawn to assure safety protocols, set restrictions and cast & crew health at the forefront, the unpredictable nature of the ‘new normal’ was a challenge the Melbourne based producer drolly declares as one she “definitely would not choose to do again.”

“Yeah, it certainly cost us a little bit more,” She replies when asked about the financial impact felt by the production. “But I wouldn’t say that it cost us half the film again. We were able to manage to keep it on track, and the reason why I think was because we had pre-planned to shoot in a COVID environment anyway. So the cost of the additional sanitization, PPE and all that had been factored in.

“But the biggest cost was dealing with the changes in locations. That was something of a double-edged sword as well, because even though we had been cleared by New South Wales Health and the police to shoot, a lot of the locations were very nervous. Either they didn’t want to seem to be going against their own internal policies or it was simply the optics. Particularly when you rock up with a film crew.

“Even with a reduced crew you’ve still got 30 people. There are cameras, there are lights, catering… and they didn’t want the community thinking they were doing something wrong.

“So, it was a lot of seeking new locations on two day’s notice. Half of us were scouting while half of us were shooting, and that affected our spending somewhat. It went from a five week shoot to a six-week shoot, which was probably the biggest stretch.

And while The Red Shoes currently sits in the can ready for distribution in 2022, its successful completion under extraordinary obstacles, should serve as inspiration, if not a blueprint in demonstrating that commercial film productions can operate and succeed under tougher COVID restrictions and enforced guidelines. Even with conflicting State policies and malformed Federal guidance, the Australian film community being what it is, continues to function as a safe space for creatives and filmmakers alike. An attribute that Esposito reinforces with her closing thoughts, along with some sage advice for other filmmakers about to or currently working in under the COVID cloud.

“There are a lot of producers out there calling each other.” She muses, “I get calls either from crew or other producers asking, “How’d you do this? What did you do? Who do you talk to?” It’s difficult. And I’m not sure I would recommend shooting at the moment, particularly in the center of the Sydney with how things are traveling at the moment.

“We were really lucky we finished filming just before that second batch of the LGA’s locked down, and things have just seemed to have gone from bad to worse here in Sydney.

“The only thing I would suggest is be in constant contact with New South Wales Health, and that in itself is a full-time job. Just getting your call answered on the line is at least an hour; likely an hour and a half wait every time. But you have to keep in contact with them constantly.

“And contacting the police regarding any locations you’re going to, make sure they understand that you’re able to film. That was a real learning curve as well, because the police would seem to be getting different messages from New South Wales Health than what we would be getting and they can often interpret things differently. So, it was a real learning for all of us, but yeah, it’s an absolute minefield.

“I’m very, very grateful we finished when we did. Put it this way, it’s caused me to color my hair today, to get rid of all the grays.”

The Red Shoes is currently slated for an Australian release in 2022.