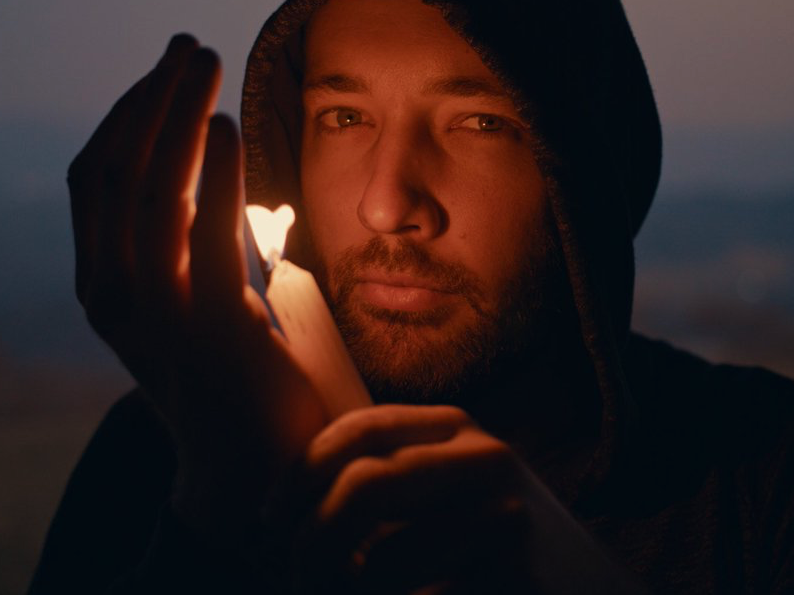 Screening as part of this years Revelation Film Festival in Perth, the remarkable investigative documentary feature The Last Horns of Africa offers a brutal and authentic look into the devastation of Rhino poaching inside South Africa’s Kruger National Park. Fuelled by an insidious black market rife with corruption, this dark economy now threatens the wild creatures with imminent extinction.

Filmed over a three-year period by filmmaker Garth de Bruno Austin, the film resonates personally with the South African native, whose own family remains heavily involved in Care For Wild, one of the countries largest rhino sanctuaries, and whose location, where a great deal of the film takes place, remains a closely guarded, and heavily armed secret.

We recently spoke with de Bruno Austin, currently residing in Queensland since the completion of his documentary, which according to rumour, has resulted in a bounty having being placed on the young filmmakers head.

Garth de Bruno Austin: “There possibly is because the film is slowly starting to be seen over there. And obviously, these guys aren’t going to be very impressed that we’d been following their arrests and their stories.

“But from all the evidence that we witnessed, and filmed and from the court cases, they’re alleged criminals and it’s the reality of it. And that’s the thing we’re not trying to shy away from anything. We’re saying, “Look, this is what we witnessed. This is what the film’s presenting. These guys did the things that they’re being accused of.”

Fletcher: Having grown up in South Africa, with Kruger National Park basically serving as your backyard, were you aware of the poaching trade and the corruption that accompanied it?

GBA: “When I was a kid, there wasn’t much poaching. It wasn’t in the news, not like it has been over the last 10 years. As a kid, you don’t see the true reality of the place. You see the rose-colored-glasses version of everything.

“But as we were filming, we‘re bearing witness to this underbelly; this thing that we didn’t even know existed really, and the true reality of it in terms of how corrupt the system is and just how pervasive the poaching really, really is in places like Kruger Park, or anywhere that has rhinos. It was so eye opening to see this other side.

“But at the same time, we witnessed the perseverance and the resilience of the people on the ground that I’d never really thought about before. And spending so much time with Don [English, a Veteran Ranger] and Petronel [Nieuwoudt, administrator of Care For Wild], you see a different side to them. It gave me a bit of clarity from both sides of the fence, which was quite a good thing.”

F: The film spends a lot of time at Care For Wild. From what I understand it’s location is a tightly held secret due the number of rhino’s it cares for. How did you gain such open access to the sanctuary?

GBA: “My dad is actually dating Petronel Nieuwoudt. They have a sort of combined partnership going on there. I’ve been involved with Care for Wild for many, many years and it’s home to me.

“All the people there are sort of friends or family and we all know each other. And so it’s a very personal connection, which is why we took the approach that we did, which is a very character-focused piece. We’re focusing on Don and Petronel as people with very real struggles caring for these animals.”

F: Apart from the conservation aspects of the film, you and your team really get hands on investigating the corruption that stems from law enforcement right through to the cartels bosses who traffic the rhino horn. Was it difficult getting access to this side of the poaching trade?

GBA: “Yeah. That’s tricky because I don’t want to… I can’t talk about how we got the access, because we had a fixer and I can’t mention his name, but he sort of guided us into all of that. I know I’m being pretty vague, but it was this… it started off as something that we were helping out with, some debriefs with these guys, and then we realized, “whoa, there’s a whole story going on here”. So we just stuck with it and kept following the story.”

F: There is a sequence in the film where your cameras are front and center during a raid on one of the trafficker’s compounds. How did that eventuate, and was the danger as real as it seemed?

GBA: “It took a very, very long time to get the permission to actually film the bust. We waited over a year because we didn’t know exactly when it was going to happen, or even if it was going to happen. So we just patiently waited, carried on shooting the rest of the content we needed and just begged to please have permission to be there with these guys when it went down. “We’re not going to go in the buildings. We’ll put on GoPros. We’ll stay out of everyone’s way”. Just a lot of begging got us to that.

“But pretty much everyone that was involved in the operation was, or is now on a hit list. So it was incredibly dangerous. I wore bulletproof vests and a helmet when we went in at the end.

“And unfortunately, there was a guy, the lead investigator and the key witness to the whole thing… he was assassinated, as you saw at the end of the film.”

F: Its difficult not to draw some thematic comparisons between your film and the 2009 documentary The Cove, which explored the annual slaughter of Dolphins by a small Japanese village.

GBA: Heavy doco that one.

F: True, but it did have an impact. It raised the awareness and inspired a good deal of activism. Are you hopeful a similar kind of movement could spring up around The Lasts Horns of Africa?

GBA: “Very much. Care for Wild’s already got a good amount of followers, but we really want people to see the good work they’re doing and reach out, get in touch and see what they can do to help. And that’s was our initial goal, to bring awareness to Care for Wild, because that’s where our loyalties and our love for the country really do lie, with that place.

“Kruger Park is something that every South African has experienced at one point or another in their lives. And it’s definitely part of the DNA of the country. It’s the largest national park in South Africa. I’m not sure how big it is in terms of the other national parks, but it’s a place that will very accessible for international tourists when the borders open back up. And I urge everyone to go and just visit it and see nature in as true a form as we can get it at the moment.

“There’s other places like Kenya which has the Marsabit and Meru National Parks, but the Kruger National Park is really special because it’s become so accessible for a lot of the world.”

F: Obviously the eye of the storm that The Last Horns of Africa circles is the black market trade of rhino horn, and you don’t shy away from the brutality and gore the poachers leave in their wake. Was it a conscious choice to show how graphic the violence and desecration these creatures endure?

GBA: “Look, there was a sequence that ended up being removed from the film. It was just far too graphic. It was a lot of blood and really heartbreaking. But what we ended up doing is we decided pretty early on that we’d keep the in the dead rhinos that helped the story.

“So the opening scene, where Don English walks on screen and he sees two rhino carcass. That’s sort of essential to set up this world that we are now inhabiting, and the reality of it. And it’s pretty shocking for the first few minutes of the film.

“The next few carcasses, we see them from the air, because we’re dealing with poaching. But that main one, the one who is the mother of the orphan, for that part of the story, it was essential that we see the reality of where this little rhino came from.

“And I think that we stuck to what would work for the story, not so much for shock value.”

F: At the end of the day, what do you want people to take away from The Last Horns of Africa?

GBA: “I want people to realize that there is this entire world happening, even if only on a small level with just the with rhinos. We’re not even talking about elephants or the other animals. But I want people to understand that these things are happening on a daily basis and they can help, and they can get involved.

“And I know there’s lots and lots of causes going on. There are elephants. There are Pangolin. There are tigers and lions and giraffes and all sorts of animals. But I just want people to realize that rhinos are an important keystone species that do need as much help as possible.

“And even the smallest little bit does help in the long run, it will go a long way. So that’s our main thing, is to just to educate people about what’s really going on with the rhinos.”

For more information on how to help support rhino communities or Care for Wild, you can visit https://www.thelasthornsofafrica.com