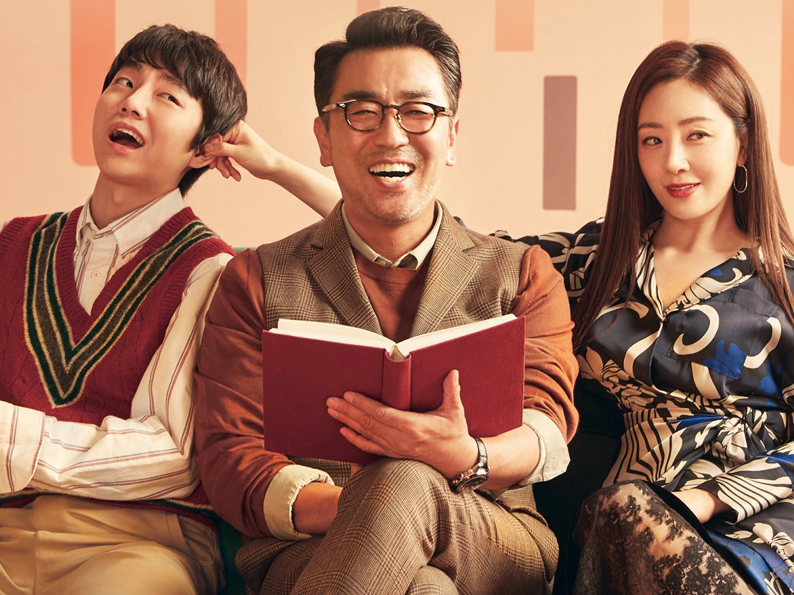 One of the more surprising films to grace this years Korean Film Festival is the unexpectedly insightful and nuanced comedy Perhaps Love, the second feature film from actor-come-director JO Eun-ji (The Villainess, Confessions of Murder).

While its title alludes to a soft rom-com comfort film, to reduce Perhaps Love as such would do the complex character study a disservice, as Eun-ji lightly crafts a series of interconnected romances designed to peel back the notions and idiosyncrasies of contemporary relationships. In fact, her narrative objective isn’t to simply reach the atypical happy ending or indulge the usual saccharine rom-com tropes, but instead to understand the motivations of the heart, and the messy, traumatic, and fallible experiences that muddle our ideas of love, and how we wield its influence.

At the heart of the film is Hyun, a bestselling author whose career is experiencing a self-inflicted slump. However, when he crosses paths with Sung-kyung, a university student who happens to be a promising young writer, Hyun agrees to help revise the young writer’s debut manuscript. However, during the rewrites, Sung-Kyung develops feeling for the older Hyun, who himself happens to be having an affair with his volatile ex-wife while his new wife is away on business. Further complicating things is the secret relationship Hyun’s ex is having with his literary agent, and the strained relationship he shares with his teenage son who has developed feelings for his immature newlywed neighbour.

It’s a complicated web of relationships, however Eun-ji manages to pull on each emotional thread as needed, capturing the comedy, heartbreak and angst as required without tipping the scales too far in any one direction. The result is rich, thoughtful, and relatable expose of modern life.

Headlining the ensemble is RYOO Seung-ryong (Seoul Station) as Hyun, whose belligerent portrayal as the struggling bestseller grounds the films narrative with charming cynicism, while SUNG Yoo-bin (Along with The Gods: The Two Worlds) brings a quiet reverence to his role of Sung-kyung which is at once heartbreaking and inspiring as a young gay man allowing himself to love a man unable of returning his feelings. A stark contrast to the volatile relationship between Hyun and his ex-wife Mi-ae, played with fierce commitment by OH Na-ra (Alchemy of Souls).

JO Eun-ji handles each of her threads with uncompromised tenderness, allowing each of her actors to authenticate their role with a realism that doesn’t deny the droll veracity of love in its many forms. Perhaps Love isn’t a film about falling in love, but looking at the way love can be weaponised, embraced, and inspiring in our interactions with others. Perhaps Love is that rare love story devoid of romance, but which remains heart-warming and satisfying regardless.

It’s been a long take between gigs for director PARK Dae-min, with his last action...