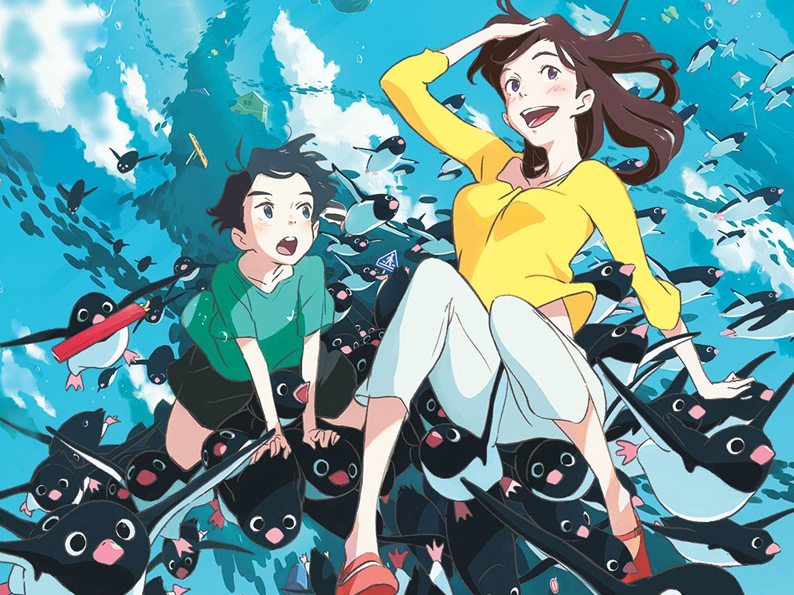 Whenever a new anime feature film causes a stir at the Japanese box-office or creates ripples within in the industry, the inevitable platitudes of a possible ‘New Hayao Miyazaki’ or a new ‘Studio Bones’ seems to get throw about with abandon. However the reality of what we are seeing is the emergence of a new generation of filmmakers, who, having grown up on the works of these master animators – Miyazaki (Princess Mononoke), Katsuhiro Otomo (Akira), Mamoru Oshii (Ghost in the Shell) and Isao Takahata (Grave of the Fireflies)– are taking those influences to initiate a bold new movement of filmmaking, delivering unique visions and telling their own stories, in their fashion.

Filmmakers such as Mamoru Hosoda of Summer Wars fame, Makoto Shinkai whose Your Name remains Japan’s top earning anime, and now, with the debut of Penguin Highway, independent filmmaker and animator Hiroyasu Ishida is likely to join those ranks as a new member of anime’s avant-garde filmmakers.

Produced under the Studio Colorido banner, and adapted from the award-winning YA novel by Tomihiko Morimi, Penguin Highway is an impressively paced boys-own-adventure styled fable that begins as a seemingly light-hearted character study of a precocious fourth grader that abruptly escalates into a frenetic apoctalyptic escapade, complete with metaphysical mysterious, strange jabberwocky monstrosities and, as the title suggests, plenty, and we do mean plenty, of penguins.

Utilising an opening monologue, the film introduces us to Aoyama, an overtly confident, if somewhat socially awkward student who views the world as one large scientific experiment. Urged on by his father, Aoyama documents everything around him, from weather patterns to the behaviour of bullies. But when a rookery of penguin suddenly appears in a field, of his mountain locked town, his curiosity is put to task in figuring out the how and why.

Turning to his friend and chess instructor, a young woman who works at the local dentist clinic, Aoyama soon discovers a number of peculiar incidents around his hometown that seem to share an illusive common thread, the least of which include the fact that the dental nurse can manifest penguins from random objects as they’re thrown into the air, and that one of his fellow classmates has discovered a mysterious giant water orb floating in a field hidden deep within the woods.

Without question Aoyama is the central protagonist of Penguin Highway, and director Ishida handles the character with considered charm, allowing his procedural idiocrasies to act as a guide for his audience, navigating the turbulent, and at times perplexing narrative. Complimented by a richly detailed and elegant art design that affectively resonates with nostalgia, Penguin Highway is quietly reminiscent of classic 1980’s adventures in the vein of The Goonies or Monster Club, while remaining an entirely unique and engaging work of originality.

Although Hiroyasu Ishida’s Penguin Highway undoubtedly warrants the inevitable comparisons it’ll receive, it does mark the young Tokyo-based director as tour-de-force, whose inexperience not only exceeds expectations, but who is entirely deserving of recognition as a unique, deftly entertaining, and wholly original filmmaker.