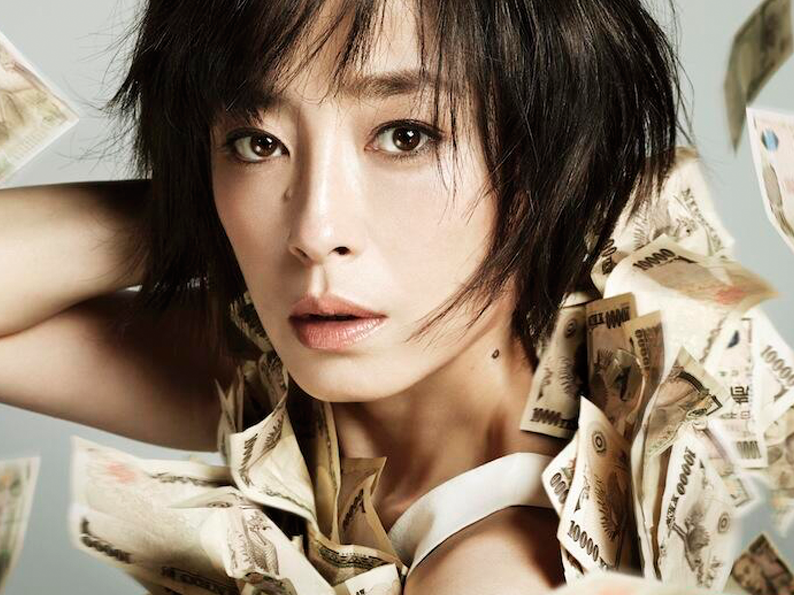 Based on the bestselling novel The Eighth Day, from acclaimed author Mitsuyo Kakuta, and selected to represent Japan in competition at the 27th Tokyo International Film Festival, Pale Moon is the latest opus from former commercial director Daihachi Yoshida, marking a strategic retreat from his usual visual flair to deliver a wrenching character study of a Japanese woman seeking significance in the stagnant financial industry of mid 1990’s Tokyo.

Much like Yoshida’s previous works, notably the Japanese Academy Award Winner The Kirishima Thing (Best Director, Best Film) and his 2007 debut feature Funuke, Show Some Love You Losers, his latest project, Pale Moon is essentially a dual character study that probes the psyche of Japan’s disenfranchised while exploring the cultural traits responsible for their exclusion. Driving his narrative is Rika Umezawa – methodically portrayed by the brilliant and versatile Rie Miyazawa –  a part time financial agent who finds herself childless and locked in a banal marriage shortly after Japan’s fatalistic economic downturn.

Driving Rika’s motivation is a deep seeded compulsion to help others, which is initially tempered by her work at a local branch of a bank, assisting her elderly clients by managing their financial accounts. However, after a chance meeting with the grandson of a new client, Rika begins an extramarital affair that soon ignites a more urgent, psychological need to help, putting at risk the security and reputation of her job, company and marriage.

Rie Miyazawa (Too Young to Die), delivers a mesmerizing if low-key performance, that imparts Pale Moon with a seething, understated mosaic of anxiety and social commentary. And while Yoshida touches on a number of human and societal themes including feminism, corporate corruption and moral ambiguity in a Japan’s post-bubble era, the methodical director never relinquishes control of his narrative, avoiding temptation to indulge the sensational to instead deliver a cohesive and powerful human drama. As a result, Pale Moon is a wonderfully affecting experience, celebrating the quiet desperation of 1990s Tokyo and those navigating, and often corrupted by its turbulent currents, while Miyazawa’s near flawless turn as the fallible Rika is at once relatable, confronting and heartbreaking.