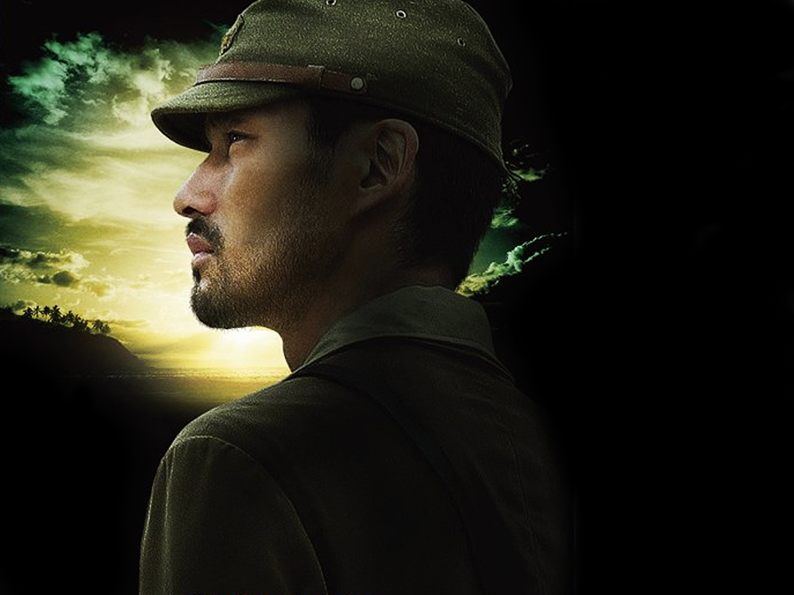 There is an inherent debate that usually surfaces whenever Japan enters the arena of factual war films, most due to the countries supercilious forays into revisionist history. However, director Hideyuki Hirayama’s Ōba: The Last Samurai manages to avoid such problematic inclinations by instead delivering a focused, tense, engaging character study with his biopic of Sakae Ōba. While a household name inside the archipelago, Ōba’s legacy of defiance and commitment has started seeping into the broader communities of war historians and academics. And now, thanks to Hirayama, popular culture.

Essentially, the story of Ōba is that of a nondescript Japanese officer who, through a slight twist of fate was tasked with leading a small, desperate guerrilla force comprised of 47 civilians and military against the American Marines stationed on the island of Saipan during and after the final months of WWII.

Drawing inspiration from military files and firsthand accounts documented in the acclaimed book by Don Jones, Hirayama firmly anchors his film around his titular character, creating a narrative that explores Ōba’s desperation as an every-man thrust into the unrelenting cruelty of battle – brutally depicted in some of the most compelling combat scenes put to film – as opposed to expunging the broader actions of Japan’s Imperial Army, which ranged from mass ritual suicide to wholesale slaughter.

One of the more compelling aspects of the film is its objective portrayal of the American forces, notably Captain Herman Lewis (Sean McGowan), a bi-lingual Marine who studied in Japan before the war, and whose insights becomes elemental in understanding the Japanese psyche, especially when compared against the gung-ho American hierarchy, represented early on by Daniel Baldwin (Mulholland Falls) before giving way to Treat Williams (The Eagle Has Landed)as the more liberal commander of the Saipan occupation.

However, beyond delivering a superb character piece, Hirayama’s undeniable skill as a storyteller, combined with Yutaka Takenouchi’s (The Hovering Blade) exceptional portrayal of Ōba-san himself, is what makes Ōba: The Last Samurai such a fascinating watch, infusing a desperation and depth of humanity into what is essentially a lethal game of cat and mouse.

Dubbed ‘The Fox of Saipan’, Sakae Ōba may occupy a mere footnote in journals of the Pacific Theatre, but on film Ōba’s legacy is nothing short of prodigious.