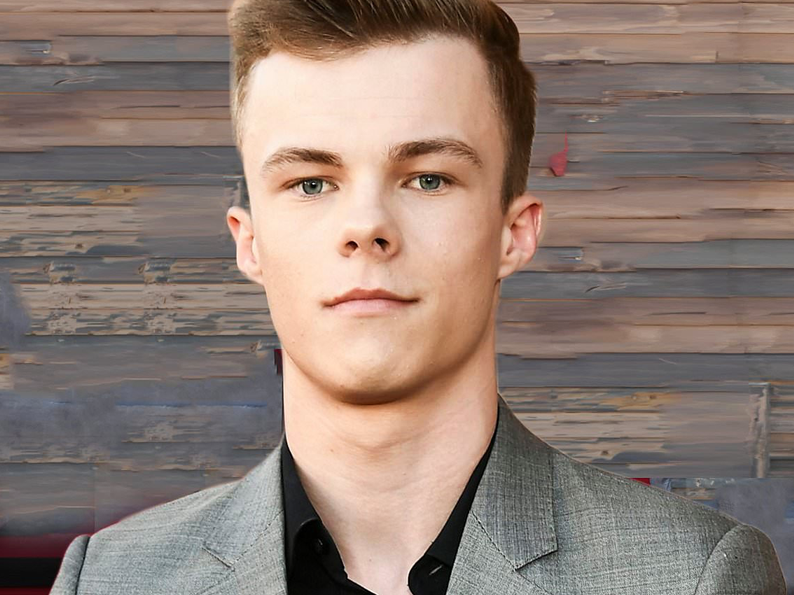 After his macabre turn as the psychotic bully Henry Bowers in Andy Muschietti’s stunning 2017 adaptation of Stephen King’s IT, Australian born Nicholas Hamilton returns to the supernatural realm with the romantic teen drama Endless.

But unlike the menacing violence he exhibited as Bowers, Endless offers Hamilton the chance to showcase a more nuanced, emotional range, with the Australian actor taking on the role of recently deceased Chris Douglas. Essentially a misunderstood bad-boy, Chris’ sudden death not only leaves him having to navigate the machinations of the afterlife, but emotionally struggling with his own grief at watching those he left behind, especially his girlfriend Riley – played by Alexandra Shipp of X-Men: Dark Phoenix fame – cope with his unexpected demise.

“I’ll be honest.” Reveals the Lismore born Hamilton when asked about his initial reaction to the Endless script. “It was probably one of the first straight-up offers that I’ve actually taken. And it was the first time that I read an offered role that I really resonated with immediately.

“I’m very used to diving into more intense kind of roles like in IT or Captain Fantastic, with very full-on characters. So it was nice to just be a part of something that might be an easy, enjoyable watch for someone. Something that could just be enjoyed on an airplane or in the back of an Uber.”

To date Hamilton has carved a small but effective acting resume with a series of complex supporting roles in such films as Stephen King’s The Dark Tower (2017), and IT franchises, alongside the acclaimed Viggo Mortensen starrer Captain Fantastic. Not to mention celebrated local productions Strangerland (2015), and Kriv Stenders’ affecting Vietnam War chronicle Danger Close (2019).

“Obviously, with roles like Henry Bowers, it’s a character completely unlike me.” Hamilton muses. “And I get to just go outside my comfort zone and become someone else, someone that’s entirely NOT me. But I do also love playing characters like Rellian in Captain Fantastic, or any of those other realistic roles that I’ve done. Those are usually just me, there’s not much I have to change about myself to make the role work.

“So it was a really fun thing to do Endless, where I could just be me as I would be in a relationship, and going through the struggles and the emotional turmoil of the story.

“I think it’s actually one of the hardest things to do for any actor, maintaining that sense of realism in front of the camera. It’s a lot easier to over-act, or under-act, than to just act like your normal self.”

Having just made its debut on Australian streaming services, the film’s availability marks the culmination of a long and winding road for Endless. Having been shot pre-pandemic and effectively shelved before suffering additional delays thanks to the COVID wreaking havoc on the cinema and exhibition sector, Hamilton remains confident that his latest efforts will indeed find its audience now that it’s found its way out into the world, a world that the actor muses, could now do with more films that embrace the core themes of Endless.

“There’s the obvious storyline,” He elaborates, hinting at the film’s supernatural themes. “The plot between Riley and Chris and the way that their relationship progresses over the story. The more mystical aspects of it, that make it kind of fantastical and more of a teen drama.

“But if you took away those [supernatural] plot points, Endless would just be a story about a young relationship, trying to get through the struggle of the last year of high school, preparing for college, and the feeling of having to let go of your relationships, which might have only ever been destined to be short-lived, even though they feel like they should last forever. I think at the very core of it, that’s what Endless is ultimately about.