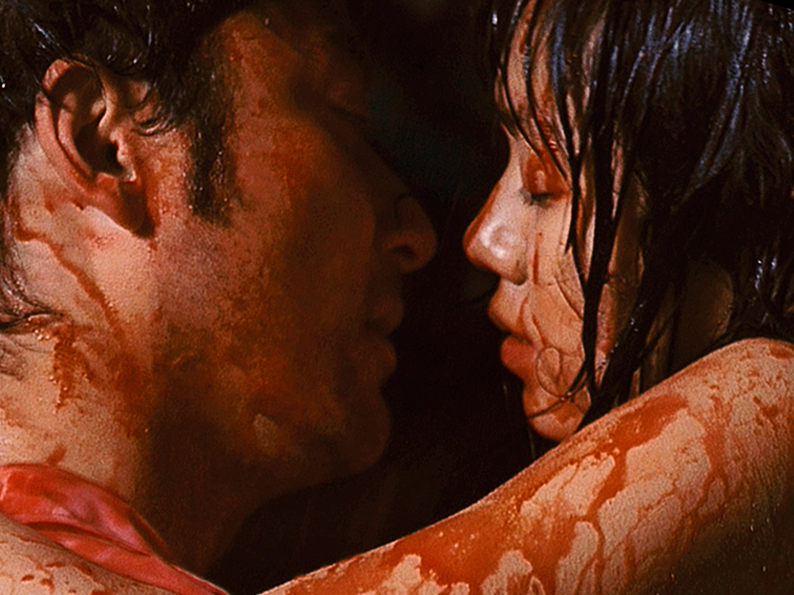 In what will inevitably be hailed as one of the years more contentious films, comes the bleak pseudo-sexual drama My Man, based on the novel Watashi no Otoko by award winning author Kazuki Sakuraba and adapted to the screen by director Kazuyoshi Kumakiri (Summer’s End).

Essentially, My Man is a complex character study, exploring the darker impulses of sexual compulsion and societal perception. Headlined by Tadanobu Asano (Thor, 47 Ronin) and Fumi Nikaidô (Why Don’t You Play in Hell), the film chronicles the moral and emotional corruption of Jungo Kusarino (Asano), a distant relative of ten-year old Hana (Nikaidô), who finds herself orphaned in wake of a devastating tsunami. Reluctantly, Jungo claims stewardship of Hana, with the pair eventually relocating from Tokyo to the frozen northern island of Hokkaido.

As Hana, now a vivacious teenager struggles with their new environment, Jungo, depressed and isolated in his own self-pity, exploits their relationship from its parental dynamic, initiating a sexual partnership that unleashes a deluge of desperation, heightened by shame and secrecy, which threatens both their mental stability as latent emotional traumas surface.

It’s an uncomfortable narrative, but not by any measure a new one as My Man finds itself in a niche genre pool that includes the likes of Stanley Kubrick’s Lolita (1962), Alfonso Cuarón’s YuTu Mamá También (2001) and the Cate Blanchett starer Notes on a Scandal (2006), however what marks My Man as so notable an entry in such a controversial faction is Kumakiri’s commitment to the psychology of his central characters, allowing their spiraling emotional states, fallibilities and base natures to infuse the graphic, and often repugnant themes with a raw honesty and moral ambiguity.

Likewise, both Asano and Nikadô approach their roles with restrained abandon, delivering performances designed to affect rather than titillate. Their naturalistic portrayals of the damaged lovers are devastating in their naiveté and brutal with anguish, themes that are delicately handled under Kumakiri’s measured direction and creative choices. In one of the film’s more uncomfortable scenes, which sees Jungo and Hana engage in a prolonged scene of physical tenderness, the scene culminates with a metaphoric rain of blood, a visual device that thankfully distracts from the rawness of the act, while effectively communicating the thematic violence that underplays what is essentially consensual pedophilia.

My Man carries with it a serious weight, from the aesthetic of the cinematography, filmed against the bleak wastelands of Hokkaido and the washed-grey concrete suburbs of Tokyo, to Jim O’Rourke’s minimalist score – whose ambiance plays like a predatory character in and of itself – to the films exploration of darker emotional trauma and physical violence. Kumakiri has delivered a powerful work of cinema, superbly executed and unapologetic in its delivery. And while some might question the need of such confronting narratives, My Manthankfully manages to navigate the line between exploitive content and poignant social commentary with a grace, cohesion, and delicate refinement.