Mamoru Hosoda Leader of the Pack 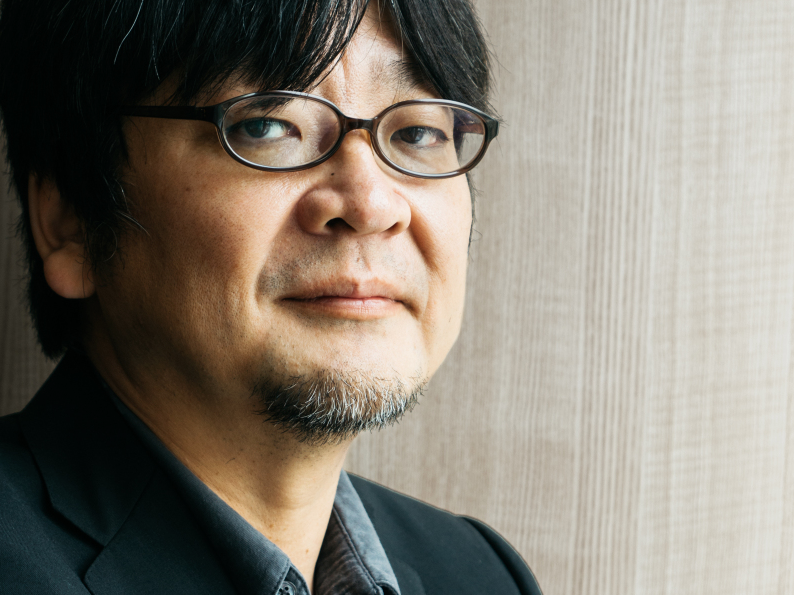 No wonder then, that with the abundance of resources available to Japan during its post-empirical reconstruction that manga leapt from the page to the screen to create what has become a significant cinematic sub-genre that has enjoyed recognition and adulation internationally since the 1980’s, thanks in part to films like Katsuhiro Otomo’s Akira and Mamoru Oshii’s Ghost in the Shell.

In fact anime had become so popular in modern Japan that during the 2000’s the genre accounted for roughly 60% of screen content and still occupies four spots amongst the top ten grossing films of their domestic box office. Interestingly, all four films were produced by the deeply revered Studio Ghibli, co-founded by Oscar Winner Hayao Miyazaki who’s recent retirement from animation sent ripples through the global pop-culture zeitgeist.

But while anime remains a staple of the entertainment industry in both Japan and abroad, much of the genre’s content is being produced by companies that primarily output TV serials, with the occasional feature film project put into play. Up until 2011, Studio Ghibli remained the only animation house dedicated to feature film production before Studio Chizu, founded by director and animator Mamoru Hosoda joined the surprisingly exclusive club.

“Everyone asks if we’re rivals but it’s actually nothing like that!” reveals a charismatic Hosoda as he sits down during a recent promotional tour for his latest feature Wolf Children. “We’re really in quite a good relationship with them. People who are art directors have come over and worked for us and there’s a lot of interaction between the two companies. Our producers will occasionally go over to Ghibli and meet their producers to get a little advice on things. I personally don’t go to get Mr. Miyazaki’s advice on things though (laughs).”

Coming off the success of his 2009 feature Summer Wars, follow up to the highly acclaimed The Girl Who Leapt Through Time, Hosoda has proven himself both an accomplished storyteller and talented director. His latest feature, the ambitious hand drawn Wolf Children, presents as his most mature and affecting enterprise to date. Falling between supernatural fantasy and family drama, the film covers thirteen years in the life of Hana, a sweet university student who falls into a fairy tale romance with a gentle man who happens to have the ability to transform into a wolf. After having two children, a girl Yuki and a boy Ame who both inherit their father’s gift, the Wolfman unexpectedly dies, forcing Hana to retreat from the city into a small farming community where the children will be able to grow safely and embrace their dual natures.

“What I wanted to do was make a film about raising children. But you can’t just have that so I waited a long time for an idea to come along and one day it just struck me that it’d be great to make a film about raising the children of a Wolfman.” Explains the Toyama native when questioned on the films origins. “The thing is, I’m personally interested in how people grow. How kids grow. Kids in Japan, when they’re 2, 3 or 4, they’re terrible! People tend to describe them as being somewhere between human and animal. So I thought, what if it wasn’t metaphorical and you could just capture that and put it in film? I thought that would be interesting.”

Like Miyazaki and contemporary peers such as Makoto Shinkai, director of the fantasy epic Children who Chase Lost Voices, and Hideaki Anno of Evangelion notoriety, Hosoda’s acclaim doesn’t merely stem from his vividly rendered aesthetic, but from an uncanny ability to weave complex characters, story and narrative into his frames, drawing out authentic emotional reactions from his audience, be it fear, joy or sentiment. An attribute Hosoda plays off as simply being a part of his overall artistic motivations.

“I just want to show the world’s a bigger place! There are parts of the world that are quite cyberpunk, but there are parts that are great wildernesses and nature and so forth.

“So in building up a worldview I wanted to do something that fit into part of the world as I see it. The great irony is here we are all connected to the Internet, we’ve got all these iPhones and we are all taking photos and stuff even while visiting traditional Hot Spring houses or being in the wilderness.”

And it’s that same irony, explains Hosoda as his publicist offers us the universal signal to warp things up, which lays the foundations for Wolf Children, and the moral ambiguity that resonates at its core.

“The Wolfman makes an appearance in this film. And traditionally the Wolfman is the bad guy, the villain. But I thought it’d be interesting if the Wolfman was a sensitive dude. So, in a sense, he’s quite sensitive and the modern world is so hostile, it sort of forms part of the tragedy.”