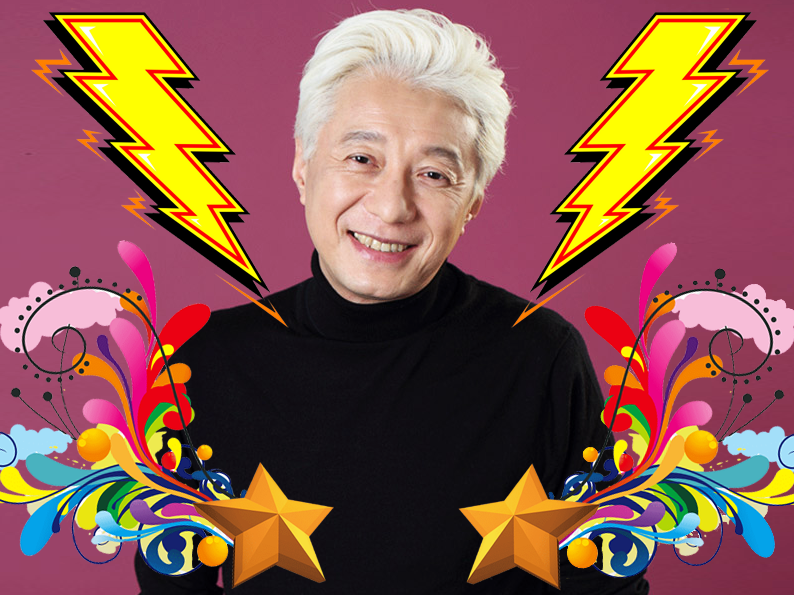 Although destiny can be a rather philosophical musing, certain individuals do seem more disposed to its sway via historical or genetic association. One such induvial who falls into this unique community of outliers would have to be Japanese multi-hyphenate, Macoto Tezuka.

With a family tree that can be traced back to the infamous samurai Hattori “The Demon” Hanzō of the Sengoku era (1467 – 1600), who himself remains an iconoclastic subject of numerous film, pop-culture and historical studies, Macoto Tezuka’s linage also has the Tokyo native standing tall in the shadow of his acclaimed father and prolific manga artist, Osamu Tezuka, whose body of work includes such seminal classic as Astro Boy, Kimba The White Lion and Black Jack.

So whether by some metaphysical disposition or mere patriarchal influence, it came as no surprise that upon entering University Macoto’s gravitational convergence with experimental cinema saw him embraced the full creative force of the contemporary artform. Drawing influence from the new-wave cinema movement of the 1970s, Macoto-san quickly became an acolyte of cinematography, directing, post-production and editing, producing a number of disruptive horror themed 8mm shorts. However, it was in 1985, while still at Tokyo’s Nihon University, that the young Tezuka minted his first feature length theatrical release, the counter-culture rock-musical The Legend of the Stardust Brothers. A film which, like much of his father’s work, has managed to cultivate an unexpected longevity, instilling itself with a magnetism that continues to resonate with a protracted global audience.

“It’s a very strange feeling, like I’m living in a dream.” Reveals the 60-year-old self-proclaimed visualist. “At the same time, I’m a bit proud of my past self for making this film.”

At its core, The Legend of the Stardust Brothers is essentially a bromance; the story of two rival amateur musicians, Kan (Kan Takagi), a disciple of the anarchist punk movement, and Shingo (Shingo Kubota), a new-wave enthusiast. Opposites in both personality and creative temperament, the two musicians are forced into a singular synth-pop act, complete with glam rock costuming, teenage groupies and plastic-pop aesthetics, by a music industry producer hoping to achieve the rock-n-roll trifecta: fame, fortune and glory.

Having celebrated his sixtieth birthday in August of 2021, Makoto-san recently oversaw the faithful restoration of his Avant-garde musical, with a number of festival screenings taking place around the world. Including Australia’s own Japanese Film Festival, which saw The Legend of the Stardust Brothers feature as one of the more idiosyncratic films in the festival’s retrospective line-up. Part Spinal Tap with a sprinkling of Rocky Horror-meets-Hedwig & The Angry Inch-meets-Xanadu, The Legend of the Stardust Brothers is a glorious, toe-tapping time capsule of Japan’s indie-film scene, warmly emanating with mid 1980s nostalgia and cultural quirks.

“The concept came from Haruo Chikada-san’s album of the same name.” Explains Tezuka, referencing his friend and collaborator who had taken the enigmatic step of producing a soundtrack album for a non-existent film. “But I drew my influence from many others. There are too many different filmmakers to mention them all, but I was influenced by many directors from the ‘70s such as Robert Altman, Hal Ashby, Ken Russell, and Jim Sharman. Also, Monty Python, as well.”

Developing and directing the film at the age of 23, Macoto also claimed credit as co-producer, editor, and writer of The Legend of the Stardust Brothers. A commitment that remains a source of pride to the filmmaker 40 years on, especially after having seen his eccentric feature debut fail at the domestic box-office, before eventually finding its audience in the pantheon of cult-cinema and through the proliferation of the internet.

“We didn’t have much of a budget, but we put in effort to make it look like an extravagant film.” Explains Macoto. “We shot in 16mm. It’s absolutely an indie movie, even though I think there were over 100 people involved. Of course, it doesn’t look like a Hollywood film, but we did things Hollywood wasn’t doing.”

In fact, while the Stardust Brothers enjoy their current resurgence, the print restoration hasn’t been their only foray back into cinemas, with Macoto having revisited his cinematic offspring in 2016, producing and directing a sequel, aptly titled The Brand New Adventures of the Stardust Brothers. Reuniting with his original cast, the film essentially recaptures the quasi-rock-musical vibes of its predecessor while expanding on Macoto’s predisposition for eclectic narratives and visual absurdity. But while The Brand New Adventures didn’t manage to redeem the fate of the original films box-office results, Macoto explains that his motivation wasn’t compelled by indebted recognition, but rather stemmed from self-reflection and nostalgic curiosity.

“Yes, as I was making the sequel, I was reminded of the feelings of a past me” He reflects with a quiet pause. “I had wondered how the current me would have made my first film, and so I decided to find out. I do quite like the new film I made, but I know it’ll be re-evaluating it, and myself, again in another 30 years.

“Will I make a third one? Not for another 30 years.

No stranger to the fickle nature of Japanese consumerism, Macoto’s diverse body of work, which ranges from brooding shadow-hewn drama to genre defying mixed media, has often found a varied reception within the critical world as the filmmaker sought his own creative identity, divested from the Tezuka name. It’s this menagerie of success and failure that has imbued the visualist a with a certain Zen like propensity, allowing for an acute self-realisation that extends back onto the industry itself. However, regardless of the volatility of cinematic trends and familial expectations, the charmingly candid filmmaker remains optimistic that his innate sense of creativity, fused and moulded by the bedlam bred of Japan’s economic bubble era, remains authentic, yet adaptive as the entertainment industry continues to evolve.

“I think the Japanese film industry is in a transitional period.” He explains “Many Japanese viewers watch more Japanese films than films made in Hollywood. However, such a situation means Japanese films will begin to lose their creativity, becoming copies of themselves.

“Because of this, indie films are more important now than ever. I am very interested in new media and so, at some point I would like to make something original for Netflix or Amazon.”

Undoubtedly, the Stardust Brothers hold a sentimental place in Macoto’s creative resume, but it is by no means his defining opus, with the filmmaker having carved an accomplished career with a body of work that includes such prominent films as the 1991 documentary Akira Kurosawa: Making Rhapsody in August featuring Richard Geer and Yôji Yamada, and 1999’s Hakuchi: The Innocent, an anti-war passion project that had spent ten years in development. In addition to his commercial narrative exploits, Macoto has also been involved with cultural projects involving UNESCO and the rehabilitation process following the great East Japan Earthquake as well as operating as General Director for the Opening Ceremony of the 2001 East Asia Games.

In a similar fashion, scattered throughout his forty-year career has been the faithful and dedicated work Macoto has undertaken to preserve and further cultivate his late father’s revered legacy. Having completed one of Osamu Tezuka’s unfinished short animations, Legend of the Forest in 2014, Macoto, working with Tezuka Productions, has overseen a number of projects based on his father’s work, including the TV anime series Black Jack and the award winning manga Pluto. Macoto also directed the 2019 live action thriller Barbara, starring Gorô Inagaki (13 Assassins) and Fumi Nikaidô (Why Don’t You Play in Hell?), based on a story by his late father, and which premiered at the 32nd Tokyo International Film Festival.

“Yes, my father was very happy I pursued a career in film. He was very supportive.” Elaborates Macoto as the subject of legacy inevitably arises. “There are many projects my father left behind, and I intend to treat each and every one with respect. I believe my father’s work should expand the work of other artists, not tie them down.”