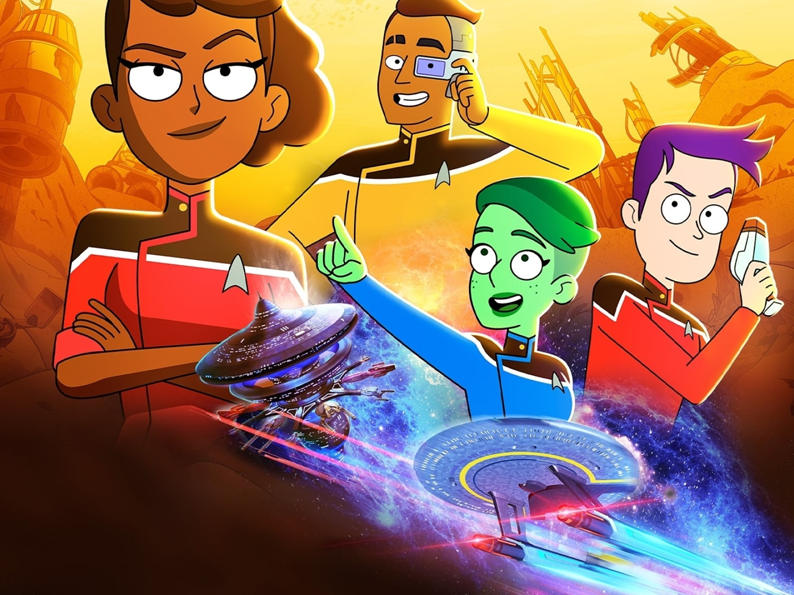 After a slightly inconsistent first season, Star Trek’s latest animated series, the aptly named Lower Decks, returns with an unapologetic nosedive into the more absurdist culture of Easter-eggs, running gags and what the shows ensemble band of Starfleet rouges affectionately refer to as ‘Sci-fi Stuff’. In fact with the first four episodes of the show released early for review, if one were to create a drinking game based on references to previous Star Treks incarnations, one would be suffering server liver damage within hours. And while it’s a lot of fun, even for the casual viewer, Lower Decks definitely embraces hard-core Trek fans with an encyclopaedic understanding of the franchise and its 50+ years of lore.

Another notable improvement on the first season is the voice acting, with the primary cast (Headlined by Tawny Newsome, Jack Quid Noël Wells, Dawnn Lewis & Jerry O’Connell) having seemingly found their grooves, grounding their respective characters with more nuanced and balanced performances, which essentially helps create more of that familiar Star Trek we’re-all-in-this-together atmosphere that served the likes of The Next Generation and Voyager so well. Speaking of which, dedicated fans will be pleased to note that Trek alums Jonathan Frakes (William Riker) and Robert Duncan McNeill (Tom Paris) make some fantastically satirical cameos in what would seem to be a new Lower Decks institution.

As for this season’s overall story arc, Lower Decks is again focusing on the personal growth of The Cerritos’ lower ranked crew members, with interpersonal relationships, self-awareness and mundane catastrophes taking precedence over the geo-political galactic turmoil playing out in the background. Which thankfully makes for some genuinely heartfelt moments to counterbalance the constant onslaught of jokes and the unapologetically low-brow puns.