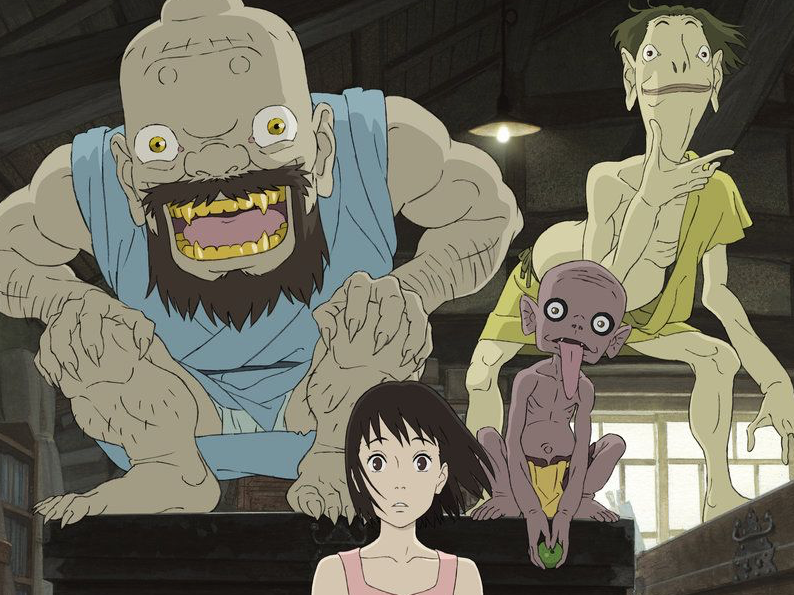 One of the leading anime production companies currently operating in Japan, Production I.G. is best know for its work across various high brow sci-fi and violent horror series such as Ghost in the Shell and Blood the Last Vampire. So its something of a surprise that the prolific animation house has turned its focus toward what is essentially a girls-own-adventure feature film brimming in sentiment and steeped in traditional folklore.

And while A Letter To Momo is a bold move for the acclaimed studio, it’s a gamble that effectively pays off, thanks to the deft styling and narrative charms of director Hiroyuki Okiura, whose previous directorial effort have resulted in the provocative and renowned anime thriller Jin-Roh.

Okiura opens his film with the introduction of Momo, an eleven-year-old girl, who along with her mother, are relocating from Tokyo to a small island community after the death of her father. Her most cherished possession is an unfinished letter, begun on the night of his death, that simply reads ‘Dear Momo…’ and whose unwritten missive haunts Momo’s broken heart.

Struggling with the move to an unfamiliar area, Momo becomes withdrawn and isolated as her mother busies herself with distractions as a way to manage her own grief. Disillusioned with her young life, Momo happens upon an old book detailing the mythology of Yokai – the creatures which make up many of Japan’s folk lore – and soon begins hearing voices and seeing shadows, both of which eventually materialise into three actual Yokai; Mame, a gentle but forgetful Gollum like creature, Kawa who resembles an elongated fish and the trio’s ravenous leader Iwa who boasts a mouth so wide he is unable to close it.

Acting more like the Three Stooges than the dangerous monsters represented in the book, Momo soon warms to the creatures, drawing strength from their chaotic presence in the small community, and eventually coming to terms with her past trauma and the promise of an unpredictable future.

While Okiura has infused his family friendly adventure with a ubiquitous charm and some overt sentiment, A Letter to Momo never-the-less carries a darkness in it’s narrative, never shying away from Momo’s despair or the cruelty intrinsic to the Yokai’s supernatural predilections. And although the film may lack the allure found in similar offerings, it does mange to pull some genuine emotional punches which compliments the film’s engaging sense of wonder, whimsy and chaos.