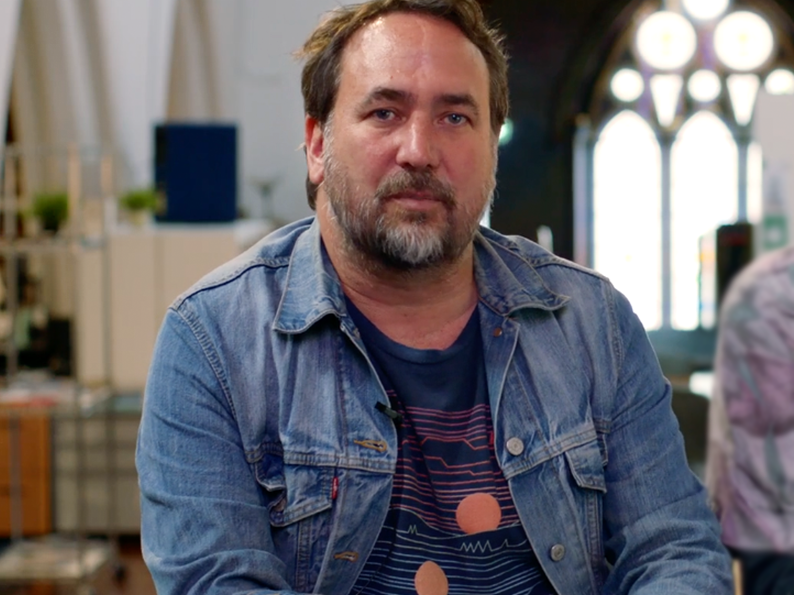 Making its world premiere at the 2022 Screenwave International Film Festival (SWIFF), held at the NSW North Coast town of Coffs Habour, That was Then, This is Now marks the latest project from award winning filmmaker and surf aficionado Jolyon Hoff (The Staging Post). Curated from a selection of archival footage sourced from private collections and government archives, the 70-minute film is a dynamic showcase of the work being done by The Surf Film Archive, a private initiative headlined by Jolyon and tasked with cataloguing, restoring and preserving lost or damaged footage of Australia’s iconic surf culture.

Accompanying the film’s big screen debut will be a live performance by the musical outfit Headland, an ensemble fronted by Murray Paterson, renowned for their soundtrack work within the surf genre. Promising to deliver a pulsing audio-visual live experience, the SWIFF Live event is a compelling example of the disruptive convergence of film, music and creative media that defines SWIFF’s point of difference within Australia’s broad film festival scene.

In the lead-up to SWIFF 2022’s launch on April 26 we spoke with filmmaker Jolyon Hoff about preserving the mythology of Australia’s early surf-culture, the unique symbiotic relationship between film and surfing and how That Was Then, This Is Now effectively bridges generational nostalgia with modern technology.

So, as I was digging around looking for footage of him, I noticed all this other film footage just laying around. I kept wondering what kind of gold would be in amongst all those other reels, and so 15 years later in the middle of a pandemic, I undertook to start a project called The Surf Film Archive, where we set out to find restore and remaster all of Australia’s lost surf film footage.

That Was Then, This Is Now is really a selection of the best of The Surf Film Archive. And on the night, when we premiere at SWIFF (Sceenwave International Film Festival) it’s going to be paired with a live, specially designed soundtrack by a guy called Murray Paterson and a band called Headland.

It’s going to be a really amazing visual representation of what surfing was like. And because all of this stuff was shot on actual film, once we re-scan it and remaster it, it looks incredible. It looks nearly as good as if it were shot yesterday, except that you’re seeing all of these Australian coastlines in a way they’ve not been seen in decades. A lot of the footage is likely the first time those areas of Australia, and Indonesia were ever captured on film.

There’s a real historical value. A lot of the surfing in the 1950s and ’60s was really the birth of Australian youth culture. And it was right at the foreground of it.

F: It sounds like an immense undertaking. What kind of condition did you find these reels of film in?

JH: Some of them were really beautiful and pristine, especially those that came from the National Film and Sound Archive which had been really well looked after. But some of them were moldy and rotting, some were unusable and really faded away. We’ve seen the whole gamut in between. There were a lot of broken splices, so we had to go back and re-splice a lot of it. We had to do a lot of cleaning with alcohol and cleaner.

On some of the reels, every frame has been treated in some way or another to get it back to normal. And, even then a lot of it still has deterioration on the film, but, somehow it fits. It adds to the evocative nature of the footage, having a few imperfections and filmic artifacts in the film.

F: The Surf Film Archive has pretty much been a personal project of yours for the most part. But have you had much support from the surf communities, or perhaps other investors or facilities?

JH: We’ve got a great partnership with a post house called Elements Post Production (Byron Bay) and a guy there called Billy Wychgel, who’s just a genius color grader. And, we’ve had a bit of support so far from Swellnet and Surfline which are the online websites, and a few of the labels including Vissla and Bombora, so small bits of support.

Also, we got some great support from the filmmakers themselves.

F: As a surfer and a filmmaker yourself, what is it like on a personal level, for you and the team, as you rediscover these amazing lost films? Does it hit your inner surfer differently than it does your filmmaker side?

JH: We love it. I mean, Billy, the color grader, loves it because these are all old film stocks with colors that you can’t get anymore. They just don’t exist. So, he gets very excited about the different colors and the emulsions.

So, that’s really lovely to see. Very nostalgic. For me, it represents a really beautiful time in Australia, post-Second World War, up to the turn of the centuries. I think of it as an adolescent time in Australia, where we were still growing up. We were very rough around the edges and enthusiastic and emotional. We made plenty of mistakes, but still set the groundwork for who we’re becoming now.

Australia now feels like it’s moving into this more grown up, more multicultural, more global space. And, I think it’s nice to now look back at those times and think about what was beautiful and wonderful about them, and also what mistakes were made. There were certainly mistakes, but I don’t think as Australia moves forward, it should throw that whole era out. We have to look at all those beautiful things that were a part of it and enjoy them.

F: So what kind of footage can the audience expect to see when That Was Then, This Is Now premieres at SWIFF on April 30?

JH: It really varies. Some of it is amazing, beautiful, incredible Pipeline from the ’60s and ’70s. Some of it’s of the first trips out to Western Australia, to Margaret River. Some of it’s the first time G-Land and Nias in Indonesia were filmed.

And then we have some footage from Paul Witzig, who was one of the key filmmakers of the day. In his garage we found about 100 old hundred-foot reels of 16mm. And we transferred that and have created this really beautiful piece out of that material.

Back in the day, in the ’50s, ’60s and ’70s it was less commercialized. So, you got this broader sense of young Australians traveling out of the city for the first time, experiencing growing up for the first time. Messing around in the sand dunes, getting up to silly stuff, having beautiful experiences. And it’s all a whole lot less constructed than those later firms of the ’80s and ’90s.

But there’s going to be seven or eight chapters that are selections from different filmmakers of the era. And Murray and his band will be designing and playing the score live.

F: You’d mentioned earlier that the film will be accompanied by Murray Paterson and Headland, essentially performing a live soundtrack to your film in real time. Has the project been a true collaboration between the both of you, or are trusting each other to deliver your own elements individually?

F: And what can we expect from the Headline’s performance in terms of mood or genre to accompany the film footage?

JH: I don’t know how to describe it really… What’s the word? Atmospheric? It’s more atmospheric but certainly has a rock vibe to it. But I think it goes against type, they bring in violins, they bring in percussion, they bring in drums, guitar, but it’s definitely not your standard rock and roll.

And it’s definitely not your ’50s, ’60s Beach Boys music. I wouldn’t even say it’s your standard ’70s rock. It’s much more artistic and impressionistic and eclectic.

A lot of our footage feels like its raw, straight out of the cameras. It forces you to look at the material differently, instead of forcing you into a specific narrative, which has become, especially in surf films, so narrow. Instead, it allows you to notice things like the freedom and the beauty of the place and the time. And likewise, I think Headland create more space than your standard rock and roll surf music.

F: Likewise, there’s an obvious correlation between the project, its goals and themes with the innovative programming of SWIFF, but how did the partnership between you and the Festival come together?

JH: Well, actually Dave Horsley and Kate Howat [SWIFF Festival Directors] have always been great supporters. Kate used to curate the Brisbane International Film Festival and did a surfing section where they ran a retrospective screening of Searching For Michael Peterson. So, that’s where I first met Kate.

And then later on, after they’d moved to Coffs, I made another film about refugees and Indonesia called The Staging Post, which they screened three or four years ago. So, I’ve had this relationship with Dave and Kate and SWIFF for a while.

But surfers were, even back then, already experimenting with healthy living lifestyle choices, not working for the man, living closer to nature, eating well. All of those things that are now simply referred to as, I guess, lifestyle. So, SWIFF and Coffs Harbor, in my opinion was the perfect place to be having the premier.

I absolutely love SWIFF and everything that Dave and Kate are doing. It’s just incredible what they’ve set up and what they’ve created. The way that they’re expanding it into this more multidimensional festival space. I think that one thing about film and television that’s happened is it’s become narrower and narrower in a way. While, at the same time all these opportunities are opening up and film and storytelling is crossing over into the art space and the musical space and the multi-media space and the multi-screen space. There’s so much potential in this world of multi-media and it’s moving so quick. I think that they’re absolutely doing the right thing.

I joke with Dave that if I ever move to Coffs Harbor, which I very well might, it will be because of what they did at SWIFF. I love it.

F: And as for The Surf Film Archive itself, do you have an endgame for the project beyond just preservation or the films as a historical and cultural record? Do you plan of having this footage made available to the public and the global surf community?

JH: Yeah. There’s an online site now, which everyone can sign up to free of charge. We’re trying to present it to the surf community as a social cultural community project. But it’s all available for free as we speak. And then once we’ve collected everything available to us, had it scanned and logged it and curated, we will be in discussions with ACMI and the National Film and Sound Archive to put all this amazing material in their collections. But hopefully, it’ll be an ongoing thing.

For more information or to browse The Surf Film Archive, you can visit HERE.

That Was Then This Is Now will screen on April 30, 6pm at the Chec Theatre, Coffs Harbour as part of the 2022 SWIFF. For further details and ticket sales, you can visit HERE