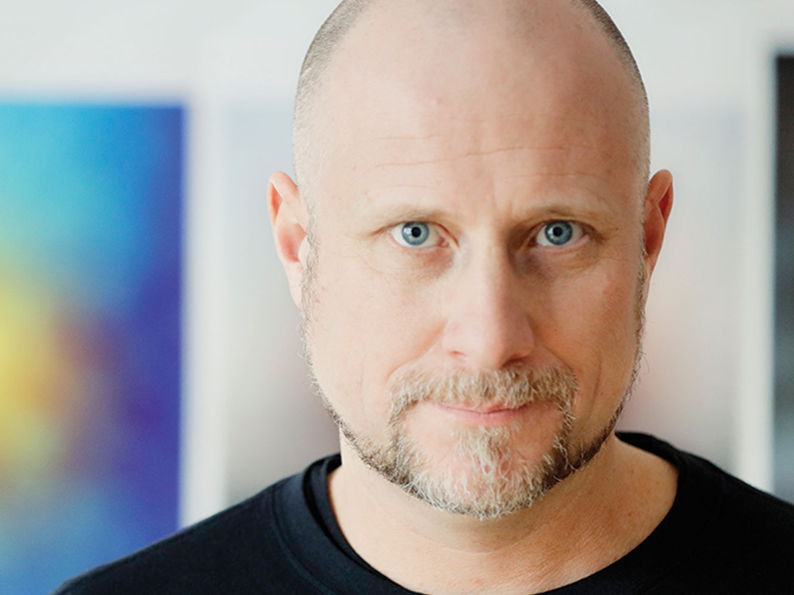 There is a rather profound metaphor in the first half of Unseen Skies that solidifies many of the film’s quasi-conspiratorial themes into stark clarity with real human repercussions. To paraphrase the metaphor, more eloquently explored by the documentaries prime subject, renowned artist, creative and photographer Trevor Paglen, he asks us to consider the train; a romanticised form of transport that not only opened up much of the world, connecting towns and cities and allowing technology and industry to traverse previously inhospitable lands with efficiency, and eventually luxury. And then, ponder how this celebrated mode of transport was corrupted and utilised in the greatest act of human brutality in our troubled history, delivering millions to the death camps of Nazi Germany. It’s not a comfortable realisation, but Paglen sees a direct collation from the bastardisation of the train, to how the camera, a rather innocuous tool of creativity, is now utilised as a sweeping agent of surveillance. And not just for the industrial military complex who usurped the technology for everything from drone technology to mass surveillance of the public, but by A.I. driven consumer enterprises hiding under the innocuous guises of Social Media, Gaming and Content Sharing Apps.

Written, directed and produced by Australian journalist Yaara Bou Melhem, whose previous work includes the award-winning War on Truth, Unseen Skies marks her feature film debut, delivering a thoughtful mediation on the annexation of technology by a select group of private enterprises. A narrative she unfurls by documenting the efforts of Trevor Paglen as he attempts to launch a work of art, a 30-foot inflatable balloon contained inside a box satellite, into orbit. No easy feat as the realm of orbital satellites to date has been the sole domain of military, government, and corporate groups.

But while the project offers an insightful look into the artists process, its Bou Melhem’s gentle exploration of Paglen’s motivations that carves out the heart of the film. For the most part, Paglen is a seemingly gentle, almost mediative subject whose openness is both engaging and affecting, however once we begin to understand his work in itself is a personal exploration of technology and humanity, not a blunt divisive statement in and of itself, we begin to realise the underlaying darkness and existential threats of how these technologies are being utilised with little oversight.

One of the films more revealing sequences explores a musical performance where an A.I., the software of which was created especially for the project, reads the emotional state of orchestra members performing live music, categorising their emotive output, and labelling each musician into preconceived ethnicity, age group and even social class. It’s a revealing, and quietly disturbing moment that, even though initially amusing in its clumsiness, exposes the gap between data analysis and sentient comprehension like a raw nerve.

Although a little meandering in parts, Unseen Skies is an easily digestible film, but thanks to both Paglen and Bou Melhem’s thoughtful narrative approach, it’s a film that should leave you with a bittersweet aftertaste and hopefully a little more discerning toward the apps you load.