Attack on Titan: Part One: Review 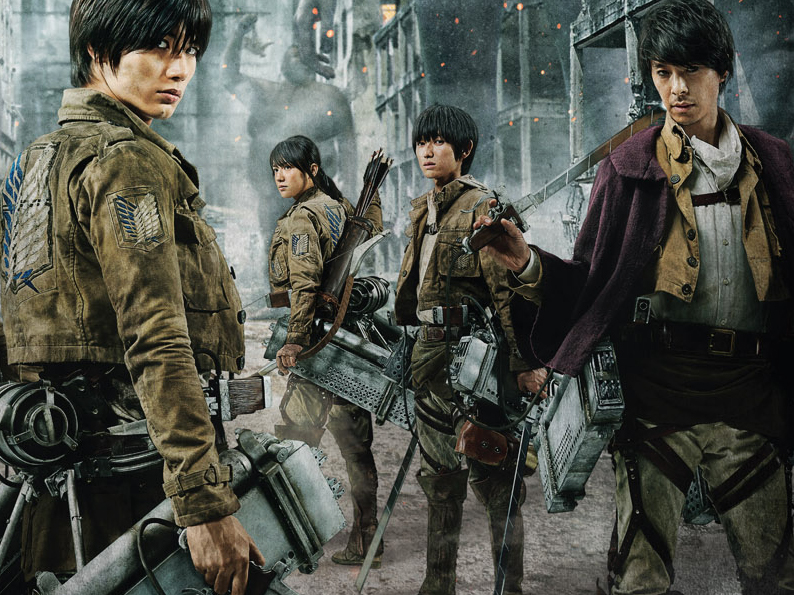 While Japan’s anime industry is revered domestically as something of a national treasure, it’s still often relegated to its own quirky niche within the larger entertainment sector. However the absolute fanaticism that has sprung up around the dark-fantasy series Attack of Titan, both domestically and abroad, is near impossible to ignore. So much so that the brutal, angst driven euro-styled chronicle has managed to ingrain itself in Japan’s broader mainstream media culture. As a result, the animated series has spawned one of the most batshit crazy live action adaptations seen since… well since the Attack On Titan anime was adapted from the printed manga.

Directed by Shinji Higuchi who is currently helming Japan’s latest big screen Godzilla extravaganza, Attack of Titan: Part One is a somewhat faithful, if heavily abridged retelling of the original narrative, albeit raging forth on a massive dose of FX steroids. In fact roid-rage may be the perfect analogy for the films temperament with nearly every aspect of the movie, from the over-the-top performances to the ear-quaking sound effects to the rain of blood and gore randomly exploding one moment only to nose dive into solemn reflection and poised hero shots the next, before once again lashing out with some absurd new sensory assault.  But while Attack On Titan is a strange cinematic beast to behold, especially for those unfamiliar with the source material, it is still an essential example of Japanese pop-culture loaded with thematic intrigue and audacious visuals.

At its core Attack On Titan is a dark medieval fantasy set in a world where Titans, a race of chromosomal challenged giants have literally eaten most of the human population, driving those who survived behind a series of giant walls where they are slowly being starved out. However when a colossal Titan appears and breaches the outer wall, humanity is forced to defend itself by recruiting and training young soldiers, armed with tech that allows them to zip-line between building and slash away at the Titans one weak spot, located at the back of their necks.

It’s a crazy ride, and while Higuchi’s big screen Titans are quite disturbing to witness, the intended sense of desperation and camaraderie that he attempts to achieve with his band of freedom fighters sadly gets lost in translation at the hands of some spectacular overacting and a stunning death toll that would make George R. R. Martin himself blush.

Attack on Titan is unquestionably ambitious, and its likely to divide its intended audience with its massive over-reach. But love it or loath it, you simply can’t deny it’s sheer audacity.