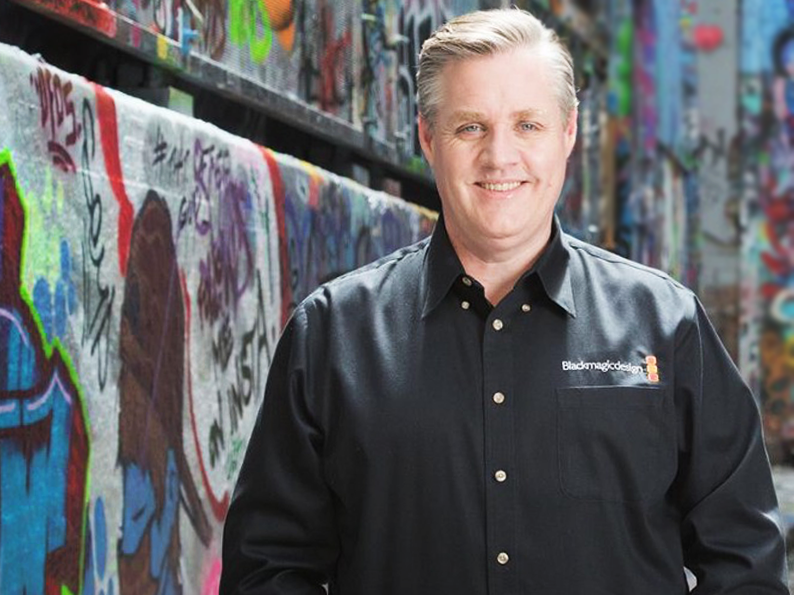 While films like the Oscar nominated Minari and the cerebral sci-fi thriller Ad Astra may not appear to share much in common with the likes of Spider-Man: Far From Home or kaiju smackdown Godzilla: King of Monsters, much in the same way Marvel’s WandaVision and HBO’s Game of Thrones don’t exactly gel with The Goldbergs or NCIS, all these seminal productions do however share a common DNA thanks to one innovative Australian tech company, Blackmagic Design.

With humble beginning out of Melbourne, Blackmagic Design has quietly revolutionised the the Hollywood production machine over the past three decades, changing the landscape of on-set production equipment while implementing vital innovations in post-production software. And now, with what has been a relatively underplayed success story outside the film community, Blackmagic Design is finally receiving some overdue recognition thanks to its hard-earned inclusion on the 2021 Australian Financial Review Rich List.

Founded during the mid 1980s, Blackmagic Design has quietly forged some of the industry’s most pioneering and proactive hardware and software with an estimated 90% of all Hollywood productions – inclusive of films, series and studio broadcasts – actively using their tech in one form or another. In fact, Blackmagic products have been utilised in 20 of the 30 highest grossing films of all-time, leading to the company’s recent valuation in excess of $800 million, placing it alongside AFR Rich List entrants from more predictable industries such as property, mining and finance.

“It was quite a surprise.” Reveals Blackmagic Design founder Grant Petty regarding the unexpected Rich List inclusion. “We spend all of our time so focused on customers and thinking about how to make our products better, that when you see it valued this way… well, it’s quite surprising to realize how big it’s become.”

In fact, while speaking with Petty it quickly becomes apparent that the company’s success is a validation of the former techy’s willingness to roll the dice, choosing to pursue a labour of love rather than stick with the status-quo. And while the dividends have, and continue to pay off significantly, its Petty’s creative spirit, underscored by an apparent rebellious impetus stemming from his early days working in the entertainment industry; an impetus that continues to drive the core principles of Blackmagic Design.

“I worked in post-production as an engineer in Melbourne and Singapore” elaborates Petty “Building and maintaining the equipment used in their post-production facilities, including telecine.

“It was frustrating as the product cost so much, yet the quality did not reflect the price at all. And back then salespeople in television were paid on commissions, so they would tell the customer anything just to make a sale.

“But as a customer myself, it was really frustrating. So, I decided to make the products myself, that way we could build the kinds of tools that we actually needed.”

However, while DaVinci Resolve has established itself as the industry standard, maintaining an impressive market share and customer loyalty, Petty is quick to point out that amongst his companies many breakout initiatives, he still holds a fondness for one of the first products he produced; a product that was instrumental in helping break Blackmagic Design into the wider filmmaking community.

“I think the original capture card [DeckLink] would be the most exciting product. It’s what gave us life, but it also allowed the whole power of a computer to be used for creative work.” He elaborates “Plus, we saw the dramatic effect it had on the cable television industry as the quality of the graphics instantly improved. It was a very exciting time.

“There has been lots of moments like that since, but because it was our first product and it had such a dramatic effect, it was the most exciting!”

With Blackmagic Design enjoying its current success, initiating a quantum shift in a creative industry hasn’t come without its fair share of pushbacks. Especially, as Petty explains, when you’re not only striving to reshape the mindset of an established profession but attempting to change the actual physical technical landscape required to implement that change. A challenge which also included navigating the volatile industrial sector.

“Realising how hard it is to design and build a product was the most frustrating part of this experience. But another aspect was how nasty manufacturers in the television industry were.

“It was a constant stream of negativity and fabricated stories that were being told about one manufacture by another. As a customer myself, I would work closely with our post-production clients to make sure the job was done great. However, on the manufacturing side it was a whole different game. The manufacturers were just horrible to each other, and of course horrible to us.

“It was very strange, but we knew we had a job to do and so we just got on and did it.

“I don’t think people in the television industry understand how much we have been criticized by the business community over the years, as people have said we are doing things wrong. But being recognised in the Australian Financial Review for what we do shows that what really matters, and what really works, is putting customers first.”

The legacy of Welsh born author Roald Dahl is something of a complicated tale, depending...

WARNING: Aboriginal and Torres Strait Islander readers are warned that this content may contain references,...

Making its world premiere at the 2022 Screenwave International Film Festival (SWIFF), held at the...