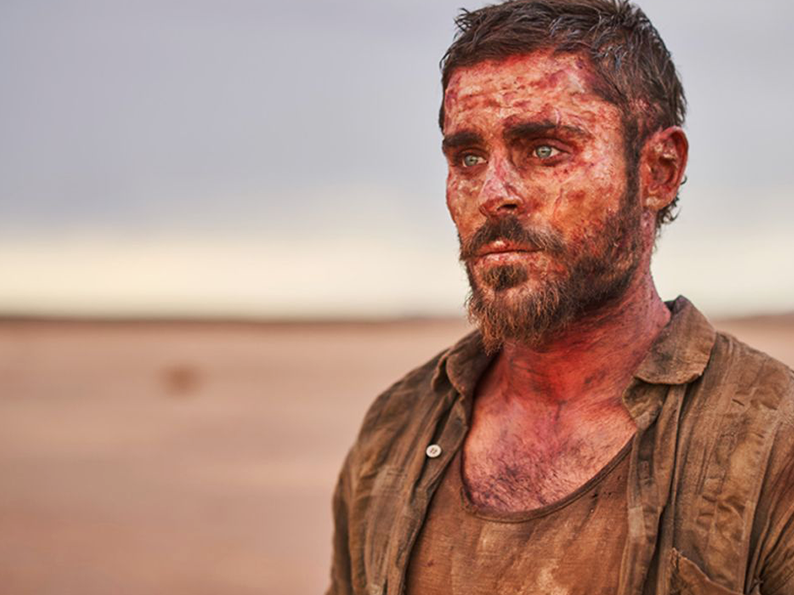 Australian cinema has a rich legacy of outback survival stories, especially when it comes to stranding foreigners in the unsympathetic wilderness of our unforgiving outback. And while newly minted GOLD continues this distinctly Australian sub-genre, alongside the likes of Wake in Fright, Cargo and the recent limited series The Tourist, its director Anthony Hayes has managed to craft a nerve-wracking survival oeuvre that is at once compelling, visceral and utterly unique in its own clogging aether of desperation and despair. And, one could argue, imbued with a refinement expected from a filmmaker with far more experience in a director’s chair than Hayes can lay credit to.

GOLD rides upon a simple enough premise, two unnamed strangers – a gruff seasoned guide and his traumatised passenger – set out across a desert landscape to a location innocuously referred to as The Compound. However, when their truck breaks down, the passenger happens upon a massive gold nugget, embedded in the desolate plains. After a brief discussion on the risks of being stranded alone in the desert, it is decided the guide will leave his passenger behind to guard the rare metal from potential scavengers while he heads out to a settlement in order to retrieve an excavator to help unearth their find.

Set in a post-apocalyptic landscape of an Australian Outback reeling in the wake of massive environmental collapse, Hayes has crafted a perceptive survival saga which gracefully skims the trappings of a blunt mortality tale, instead taking a deliberate and subtle approach to the exploration of pivotal themes such as greed, violence, and the inherent cruelty of human nature, all under pretence of his wider survival narrative. Yet, perhaps Hayes most inspired play is his casting of Zac Efron as the film’s lead, with the Californian native delivering a performance both exceptional and affecting. In fact, Efron’s turn as the unnamed foreigner stranded in the isolated outback to guard a chunk of metal, is essential to the film’s intensity and integrity, with the Bad Neighbours actor filling his every frame with an unnerving, creeping dread that deliberately escalates alongside his physical decline at the hands of the environment.

And while Efron’s performance is striking in its effectiveness, it would be remis not to also acknowledge the work of cinematographer Ross Giardina, who captures the bleak Australian landscapes with a blistering clarity and authenticity that resonate with ominous beauty, while Hayes himself, alongside an almost unrecognisable Susie Porter (Ladies in Black), add an intriguing distraction as two, again unnamed, desert dwellers navigating their own paths in the deadly plains of the wastelands.

Lensed with a chromatic starkness, elevated by a harsh soundscape of crawling insects, buzzing flies and various elemental threats, GOLD is undeniably the kind of cinema that demands you experience it. And Hayes, who also penned the script with his partner Polly Smith, has managed to morph these various, unpalatable elements into a darkly compelling, richly satisfying film.