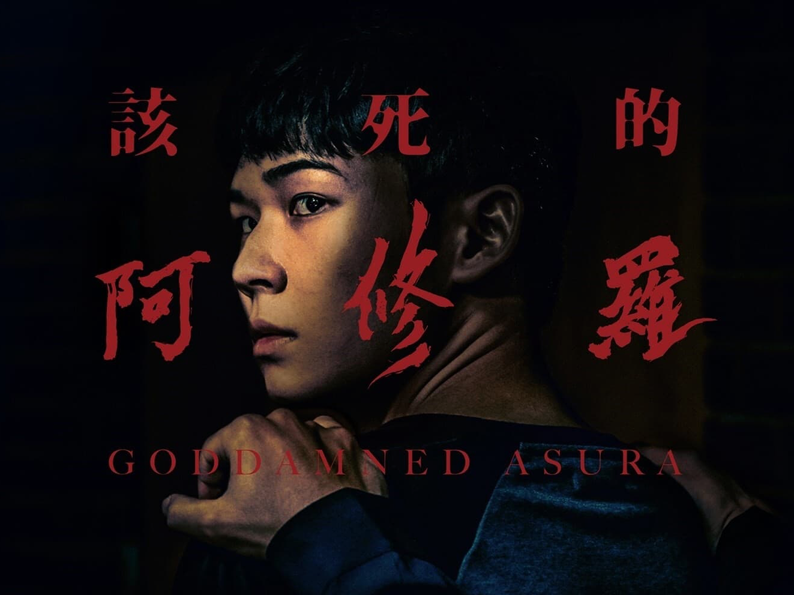 Headlining the opening of 2022’s Taiwan Film Festival comes Goddamned Asura, an intriguing, violent and multifaceted psychological drama that delves into the desperation of Taipei’s disenchanted youth, fuelled by an unrelenting struggle to reconcile their social status with the mounting pressures of looming adulthood.

Directed with a deft hand by acclaimed filmmaker Lou Yi-an (A Place of One’s Own), Goddamned Asura embraces an interconnected narrative focusing on six seemingly random individuals, each of whom battle the constant expectations thrust on them by family and profession, and its resulting impact on their mental health and self-worth. At the heart of the film is Zero (Wang Yu-xuan), a young female gamer living with her alcoholic mother desperate to escape her oppressive reality, and Jan Wen (Joseph Huang), a story writer for an online graphic novel whose inability to stand up to his father’s heavy-handed influence forces the 18-year-old to lash out in a horrifying act of violence. Between the pair, Lou Yi-an weaves a diverse number of support characters, each of whom set into motion a number of absorbing story threads that pull at the films emotive core.

Inspired by an editorial series relating to a murder perpetrated in a public space and an exposé on the conditions of council estate housing, Goddamned Asura is a film with deeply rooted social commentary, but thankfully Lou Yi-an manages to hold his sermon firmly under the surface of his dramatic ambitions, allowing the film to play out with a quiet understated hand, letting his superb ensemble fill each frame with gravity and compulsion. Wang Yu-xuan’s (White Lies, Black Lies) performance as the volatile Zero resonates with frustration and anger while Joseph Huang (Transformers: Age of Distinction) delivers an unnerving performance of dysfunction and quiet desperation. Combined with equally compelling performance from newcomer Devin Pan, Mo Tzu-yi (Edge Of Innocence), and Huang Pei-jia (Yes, Sir! 7) and a brooding, melodic soundtrack that connects the films intertwining threads with a near-phobic anticipation, Goddamned Asura delivers a melancholic tapestry of Taiwan stagnant social classes.

Unexpectedly though, its Lou Yi-an’s narrative structure that most infuses the film with its undeniable impact, with the director breaking his film into three distinct chapters. Offering a casual cause-and-effect flow with the first two segments, the third chapter presents the audience with a “sliding-doors” proposition, subtlety exposing, and exploring minute moments or personal interactions that once tweaked, diverge from cascading into the tragedies affecting the film’s prime storyline. But while this slight metaphysical turn of events allows the audience to embrace a glimmer of hope for the young protagonists, Lou Yi-an doesn’t waiver from the film’s mandate, which he effectively builds on a foundation of  psychological trauma, holding true to each of his characters fates within the very grounded, often cruel world they inhabit.

A rich, complex and emotive study of Taipei’s disillusioned youth, Goddamned Asura can occasionally touch on the bleak, offering a dispassionate outlook on contemporary youth culture. But it’s also oddly enchanting; an intriguing work of cinema thats both captivating and ambitious in its execution, and ultimately deserving of attention.