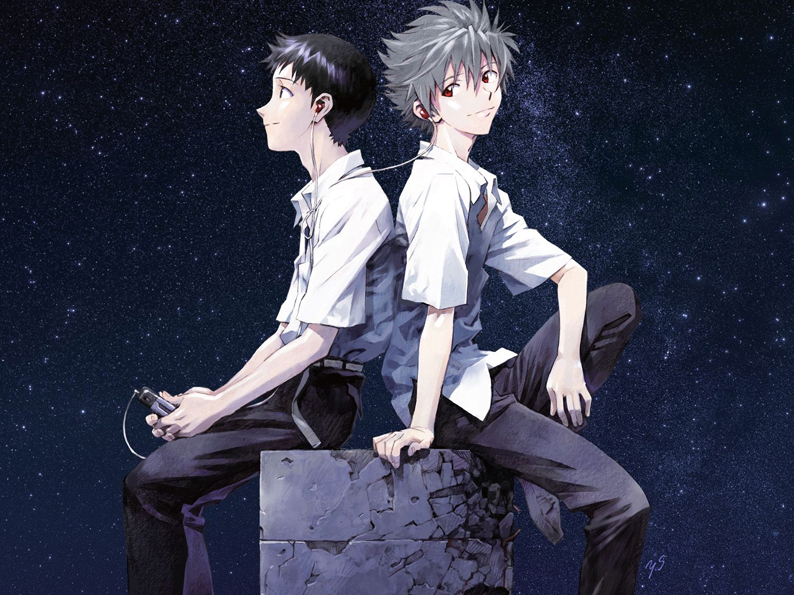 A leviathan of contemporary anime, revered by legions of fans globally, Hideki Anno’s Evangelion mythos first appeared on Japanese television screens in 1995, enjoying both critical acclaim and fan adulation before crippling budget cuts forced a tragically premature cancellation. But the Evangelion mythos never receded from the genre vanguard, instead its metaphysical dogma evolved into a heavily merchandised pop-culture phenomenon that would humble even the like of George Lucas. Then came Anno’s announcement that the series would be rebooted as a series of animated films, designated for cinematic releases.

The first two instalments, Evangelion: 1.0 You Are (Not) Alone (2008) and Evanagelion: 2.0 You Can (Not) Advance(2009), were audacious in their ambition, with Anno delivering an epic, brilliantly envisioned retelling of the original series that was at once surrealist and narratively bold.

And now, after a protracted three year hiatus, comes Evangelion :3.0 You Can (Not) Redo, the first film in the reboot franchise to offer an entirely new and original content, breaking away from the established lore and promising a vastly different dogma to what fans have known. And it’s divisive.

Taking place 14 years after the apocalyptic climax of You Can (Not) Advance, Evangelion 3.0 picks up with Shinji Ikari being woken from sleep to discover everything he knew, including NERV, the covert organization for whom he piloted the giant bio Mech known as Eva, has been laid to waste. Treated as a pariah by everyone he knew, Shinji comes to the realization that he alone is responsible for the near genocidal tragedy that befallen humanity.

The brilliance of Evangelion has always been rooted in its complex characters, exploring the limits people would go to in order to protect their beliefs, from the naiveté of the child pilots forced to battle the alien threat known as Angels, to the Machiavellian politicians playing their own deadly agendas. And it’s that uniqueness and commitment to narrative that Anno seems to have abandoned with 3.0, instead dragging his audience along a disorienting, angst filled jaunt that relegates much of the stories primary cast to superficial roles.

In fact, 3.0 feels very much like a transitional film designed to introduce audiences to a new playground rather than engaging with the Evangelion mythology that has so far served as a foundation for the introspective opus. Visually, the film is stunning with a mix of abstract and brutal imagery that plays like an animated convergence of Salvador Dali and Michael Bay, and which franchise fans will enthusiastically devour, but narratively 3.0 struggles to maintain the dynamic of the first two chapters, setting an awkward precedence that Anno will either succumb to, or be hopefully ascend with his fourth, and final Evangelion film.