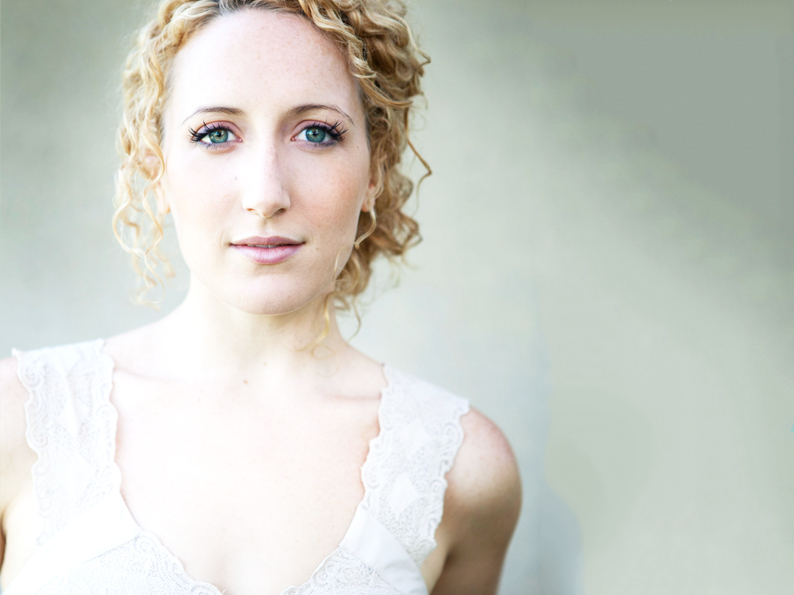 After the hard-earned success the six-part web series The Housemate, which found itself picked up by ABC iView for a full series order, the Chips & Gravy team return with another comedic short-form web series The Power of the Dream, which looks to replicate the independent production studio’s breakout success.

Comprised of six webisodes, the longest of which runs just shy of the ten minute mark, the short but snappy mockumentary follows the machination of cousin-best-friends Brooke & Amy, two enthusiastic young women striving to join the Australian Olympic team at Tokyo 2020, regardless of their dismal fitness levels, inability to pick a field in which to compete and a dogged determination that far exceeds their utter lack of sporting prowess.

Created, written and headlined by Boobie-Jean Henning, who portrays the team’s affable trainer Brooke, and Alexandra Keddie whose bubbly optimistic Amy has been relegated as the duo’s main competitor, The Power of the Dream is a wonderful feel-good journey that embraces Australia’s sporting pride with a firm tip-of-the-hat to such iconic Aussie sitcoms as Kath & Kim and Hey Dad…!

Set to launch July 14th on Instagram and Facebook, we spoke with the series producer Elise McCann about working with Chips & Gravy, women’s representation both in front and behind the camera, and why The Power of the Dream is the web series we need right now.

“We are without a doubt living through a period of time where audiences are looking to consume content on their own terms.” Explains McCann in relation to their social media launch strategy.  “So, the advantage with a web series is that it is an easily digestible entertainment snack that doesn’t ask for too much attention, and can be consumed on any device, when and where you want it.

“The Power of the Dream chose Facebook and Instagram as our ideal release platforms as they are hugely active arenas.  We knew we could deliver a quality, uplifting, entertaining comedy series, and between the two platforms we could share that with a broad audience across a diverse range of ages, genders, races, socio-economic and religious backgrounds.

“At the same time these are platforms where we could engage with and interact with our audiences – which is wonderful for building connection and community.  Screen Australia were really excited for us to release in this fast-paced shifting arena, so it was a no brainer!”

In fact, Chips & Gravy Films, the production company behind the project, whose previous work includes LGBTQ+ rom-com series Me & Her(pes) and the campy eight-part musical Very Average Girl (VAG), seem to have harnessed and distilled that illusive web series formula, with their their previous effort, the self-funded and independently produced The Housemate garnering over 270k views within a week of its release.

“It forces filmmakers to be punchy, with quick beats and clear storytelling, and it’s a great way to test out a concept. The challenge is that it is difficult to monetize.” Continues McCann.

“Aside from a series getting noticed and turned into a full length series with network funded programming, there is little opportunity to make money off of a web series. However, with great initiatives and support from funding bodies – like Screen Australia who fully funded The Power of the Dream – young, emerging filmmakers are able to create high quality content that feeds both a consumer need for quick, engaging connection, while filmmakers are able to tell unique stories and really push their skillsets.”

Having trained in music theatre at NIDA with supporting actor gongs from both the Sydney Theatre and the Helpmann Awards, The Power of the Dream marks Elise McCann’s second turn as producer with Chips & Gravy Films, previously producing the drolly named VAG, a musical comedy that chronicles the gendered moments of a woman’s life, from adolesces to young adulthood. And which marked a creative partnership that seemingly fits McCann’s sensibilities and social activism like a glove.

“Chips & Gravy is an awesome independent production company created and led by the very talented Gemma Bird Matheson and Alexandra Keddie; two really smart, driven, young boss-women who are working really hard to create original new female driven, inclusive content across a variety of genres.” Exalts McCann with sincere admiration while discussing her association with the production house. “I would say that their main goals are to make original Australian stories that represent and reflect the diversity within Australia whilst being entertaining.  Whether that be about championing women, people of colour, people from marginalised communities – they really focus on telling stories that are unique, engaging and inclusive. Everything passes the Bechdel test!”

Whilst a quick viewing of the series trailer showcases The Power of the Dream’s women-empowering-women mantra, it’s worth noting that although Keddies and Henning’s onscreen dynamic is the epitome of positive reinforcement, the behind-the-scenes culture also actively embraces the companies inclusive principles with a reported 80% of the crew made up of women. A point of pride that McCann explains was far less difficult to achieve than some might insinuate.

“Ha, it was remarkably easy! The creators, our director, the Eps and our DOP were all on board from the very beginning, and they were all women.

“We had some people in mind who each of us had previously worked with. But where we were looking to fill positions, we would ask people we knew in the industry for their recommendations and there were always women within those sectors.

“We found so many brilliant people in fact!  But the actual hiring was still always determined by who the best person for the job was. It just so happened that the majority of those ‘best people’were women.”

Set to drop on social media platforms mid-July, just in time for the second extension of Sydney’s already extended lockdown, The Power of the Dream is, at its core, a comedy, focused on two exuberant young women who are at once ridiculous and charming. And while the series does exude an almost palpable positivity, with the narrative constantly focused on the troubled Tokyo Olympics, it was inevitable that the pandemic would come into play, not just within the story line, but with much of the show having been filmed in COVID stricken Melbourne, in the series production schedule as well.

“I wasn’t originally attached to The Power of the Dream but knew its production shoot had been pushed twice due to Covid.” Clarifies McCann. “The series was originally supposed to shoot in March/April 2020 but was pushed because of the first Covid-19 outbreak. It was then rescheduled for December 2020, but again delayed because of further lockdowns.

“By the time I came on board in February 2021 we had to find all new locations, we had to recast over 80% of the cast and crew. We had to create covid-safe plans and constantly reassess, we had to reapply and attain all new insurances, licences, legal.

“During the shoot our entire cast and crew were basically living in a bubble because we really couldn’t risk getting shut down. We even had to re-crew during a day of shooting in a particular instance due to a crew member coming down with flu like symptoms the night before, and so we needed to have them isolate until their covid tests came back clear.

“So really it has been a mammoth undertaking. But honestly it also fostered a real sense of gratitude among the team as everyone felt so privileged just to be able to work!”

As the six-part series inches toward its online premiere, McCann offers her own personal insight into what The Power of the Dream hopes to deliver, signing off with a personal anecdote that, when all is said and done, perfectly encapsulates the soul and the essence that underlies the series long road to the screen.

“I know the girls, Alex and Bobbie-Jean, really wanted to create something that was about empowering others to believe in themselves.” Reflects McCann, considering the shows trhematic landscape. “To foster the idea that ‘greatness’ and ‘success’ is not about coming first, it’s about trying something and giving it a go. It’s about pursuing the things that give you joy, regardless of the outcome.

“The best moment for me however was on day eight, when I saw through someone else’s eyes, how rare and cool it was to have this team we’d bought together.

“We were finishing up a shoot at the diving pool location and I was with my Third AD, the wonderful Gena Furze, who was signing everyone out for the day. This man approached us with his young daughter – her name was Matilda. He told us that he worked in postproduction and that he and Matilda had been watching our team shoot the divers for the last few hours, and he had been talking her through who all the people on set were and what their jobs were.

“He remarked that it was a really special few hours for him as he felt so excited to be able to show his daughter a set that was full of women, being bosses – from lead cast, DOP, Director, Head Gaffer, Production, everything. He said he had never seen a set like it and it really made their day. That really stuck with me, and is something I hope we see more of.”

All episodes of The Power of the Dream are available to watch now: Instagram