Down on the Bayou with Angela Sarafyan 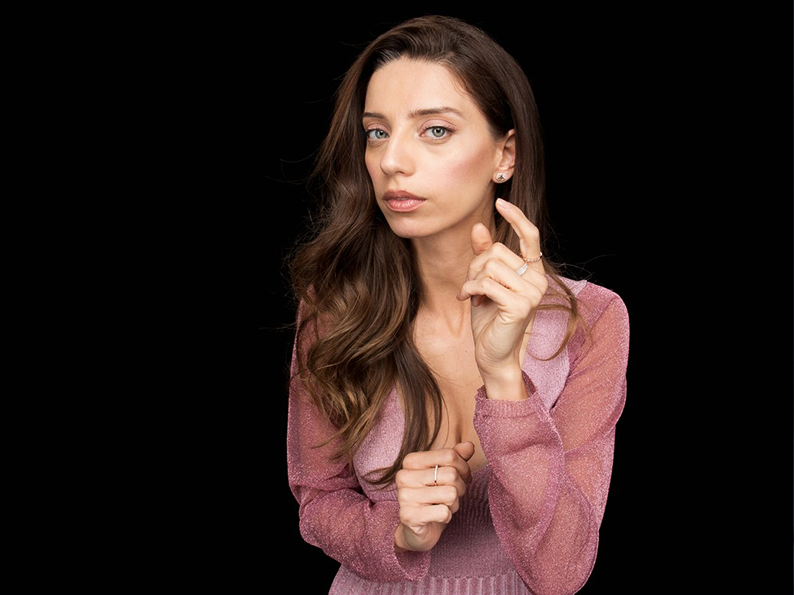 Although most casual viewers will recognise Angela Sarafyan from her fiercely fatalist turn as Westworld’s Clementine Pennyfeather, the dystopian towns oppressed prostitute, the Armenian American has in fact carved out a substantial career as one of Hollywood’s finer character actors with a resume that includes guest-roles spanning from Buffy The Vampire Slayer to The Shield, 24, and Ryan Murphy’s unceasing American Horror Story.

But recently Sarafyan has begun making her mark in feature films with 2021 seeing no less than five inclusions to her filmography including the Hugh Jackman sci-fi thriller Reminiscence, the high-stakes prison drama Caged and the comedy-horror King Knight while her latest, the supernatural horror flick A House on the Bayou, sees Sarafyan headline a sinister Louisiana mythos as a wife and mother struggling to hold her family together against the repercussions of her husband’s infidelity.

“I think that horror genre really has this special space because it can allow us to live out our nightmares at times” Reveals Sarafyan on what it was that attracted her to the project. “And so, with horror, you have cinematic permission to teach lessons about life at times.

“And not necessarily all the time, because it can just be a blood splatter trying to create reaction, but in this film, A House on the Bayou, there’s a story here. There’s a lesson here. There’s a journey.

“A journey to where they are and where they end up. And so the twist and turns are fun to explore because we might think one thing, but then it might be something completely different.”

Although firmly grounded in the horror tropes of America’s Deep South, where legends of musical crossroad demons are rife, and Sin is far from a conceptual idiosyncrasy, A House of the Bayou also effectively delves into the tainted fable of the modern American family dynamic, grounding its narrative between the fantastical and the domestic. Joining Sarafyan in the cast is Paul Schneider (Tales From The Loop) whose frail masculinity plays flawlessly against Sarafyan’s determined maturity, while the couple’s daughter, Anna, played by Lia McHugh (Sprite from Marvel’s Eternals) rounds out the fractured Chambers family, who find themselves trapped in a secluded holiday rental, tormented by local zealots – led by a mysterious young man named Isaac, portrayed by Jacob Lofland (Maze Runner: Death Cure) in a stunningly perverse and creepy turn.

“Yeah. He’s exactly like that in real life.” Sarafyan comments with a deadpan tone before breaking into a wide, infectious smile. “No, I’m kidding. He’s so sweet. He’s so gentle and sensitive. He’s nothing like that. But I loved how he played Isaac. It was really inspiring to watch.”

“How we went about preparing for the film was interesting because with Lia [McHugh] and Jacob [Lofland], for example, we would spend time together after work, just to work on the scenes for the next day, and we really created this bond together. It was kind of like being in the theatre, where you’re rehearsing, and then filming and working all day together, and coming home and rehearsing more, then going to sleep. So it was this really beautiful thing we had.

Releasing under the Blumhouse Presents banner as part of their output deal with Epix, A House on the Bayou is written and directed by relative new-comer Alex McAulay (Don’t Tell a Soul), who also produced the atmospheric horror under the impacts of COVID-19, a factor that Sarafyan admits may have added some ‘method’ to shooting a film that take place in an isolated location deep in the wilds of Louisiana.

“I think that whole isolation was definitely a beneficial addition to this story, but not necessarily because of the impacts it had on the set.

“I think that the isolation of living that way for over a year, or however long it was, added to who we are, who we have become… and then came into this story that way.

“If we really were influenced more directly by the pandemic, I wouldn’t have let Isaac be in that house at all. I’d be like, “Peace out, bitches. No, thank you. Go make your food somewhere else.”

In fact, as Sarafyan elaborates, McAulay’s handling on both his cast and the production seems to have been handled with both care and creativity, with the Seattle native drawing high praise from his star.

“What was really great about Alex, is that he’s a very collaborative person. Whatever he wrote was very close to him and he’d mentioned to me that he thought Jessica’s character was very much like him. So it’s my responsibility as an actor to bring that intimacy to the role, but he was really open to my interpretation of what he wrote.

“So once we were working, I brought some ideas to him and he was so willing… He’s like, “Oh my God, that’s such a great idea. Let’s do that. Yeah, let’s do this. Yeah, let’s put that in.” There was something beautiful about that because he wasn’t a stringent ‘right or wrong, good or bad, it’s got to be this way’ kind of director. He was collaborative to finding out what it was actually going to be, which I really enjoyed.”

And while A House on the Bayou undeniably marks a shift into leading lady territory for Sarafyan, it would be remiss not to ask her personal thoughts on the supernatural elements of the genre, given how obviously comfortable she is playing within the realms of the fantastical, especially the mythologies of America’s storied folklore.

“There is a lot going on in Louisiana. First of all, one thing I will say about New Orleans and Louisiana, is the people are delicious.”

“And you can go to Louisiana, or to New Orleans by yourself and never feel alone. There is art everywhere, that place resonates.

“But besides that, I would say there’s a lot of history of bad stuff too. There’s so many ghosts of the past. So, it feels like the perfect setting for this kind of story.”