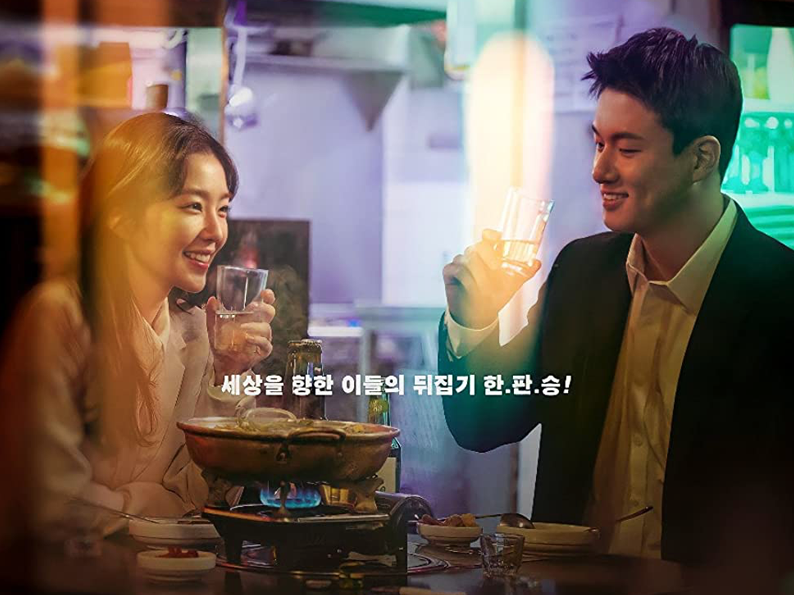 Romantic dramedies have become a staple of South Korean film culture thanks to box-office success stories of such films as My Sassy Girl (2001) and On Your Wedding Day (2018), which have engrained themselves so heavily on the South Korea’s youth that they now endure as genre classics. As a result, when an intriguingly titled film like Double Patty enters the genre pool, you’d be forgiven for expecting any number of romanticised platitudes and formulaic rom-com tropes.

However, writer-director Seung-Hwan Paek (directing under the moniker Seung-Hawn Baek) manages to pleasantly surprise, even after deliberately dropping a number of clichéd genre lures to hook his audience, only to serve up a thoughtful, bittersweet and genuinely heart-warming cinematic experience designed to question our fickle perceptions of contemporary relationships.

On its surface, Double Patty is the modest story of Woo-ram Kang (played by former Soccer star turned model, turned actor Seung-Ho Shin), a professional wrestler struggling with his impending future outside the ring, and Hyun-ji Lee (Joon-Hyun Bae, better known by her stage name Irene from the sassy K-pop outfit Red Velvet), a would be news anchor whose studies and work life threaten her with burn-out before her professional career has even began. After a few random encounters, Woo-ram eventually shows up to the twenty-four diner where Hyun-ji works as waitress and proceeds to order the late night special, a hamburger with double patties. Over the coming weeks, the pair slowly form a respectful friendship which eventuates with a trip to Ram-woo’s hometown, and the life he turned his back on.

The expectation past this point would be a serious of predictable flirtations, possibly a misunderstanding or an old flame steeping back into the picture, but instead what Baek delivers is a raw, refreshingly platonic romance between two disillusioned individuals struggling with their looming adulthood. Instead of coming together into a single homogenised entity, Beak allows his actors to fully inhabit their characters with an honest, beautifully understated casualness.

Yes, there is an undeniable love between the two, but it’s how that love is expressed that crafts the epicentre of the film. Both Woo-ram and Hyun-ji draw inspiration from each others better traits, and through their connection recognise their own inhibiting flaws. Woo-ram’s inability to reconcile his past with his future is tempered by Hyun-ji’s fearless dedication toward achieving her goals, while Lee’s self-doubt and insecurities are alleviated by her admiration of Rams training regime and confidence in the ring.

And while Double Patty final act may leave some overly enthusiastic shippers slightly jaded, Baek’s unflinching direction remains true to his characters individual journeys, landing a finale that is no less satisfying, nor moving, for its well-worn integrity.