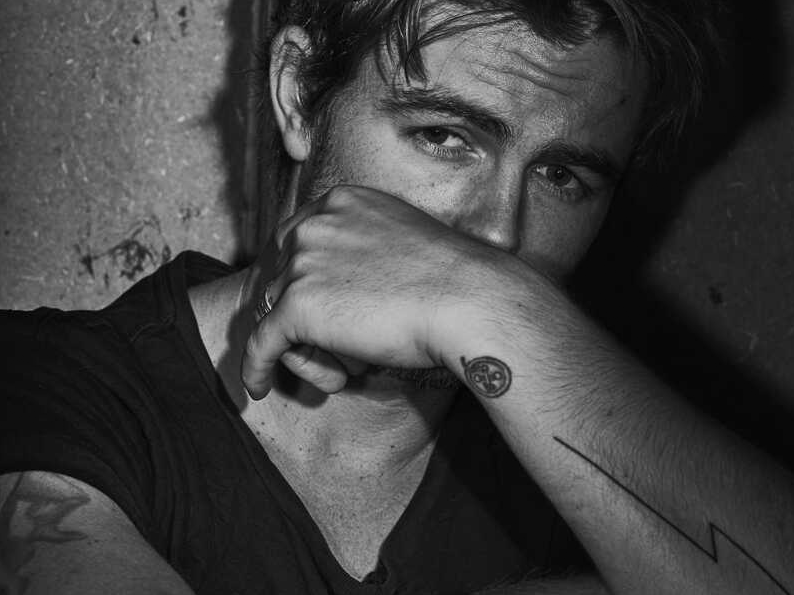 Since marking his acting debut with the Australian soap McLeod’s Daughters, Ben Milliken’s star has continued to rise with the English born actor working his way through a number of high-profile guest spots on the likes of Melrose Place and CSI: Miami, eventually culminating with a recurring role in the acclaimed Amazon Prime crime drama Bosch.

However while Milliken, who grew up on Sydney’s Northern Beaches, certainly possess the charisma and presence required to command the lens, the OnCamera Studio graduate, who’s also respected as an amateur boxer, hasn’t rested on his laurels, exploring and testing his mettle in a variety of roles including the Australian indie Newcastle, Universal’s surfing sequel Blue Crush 2 and the 2020 musical drama Mighty Oak, which marked Milliken’s debut credit as an executive producer.

His latest venture, the contemporary western crime thriller Gun & Run continues the multi-hyphenates hot streak. Helmed by debutant director Christopher Borrelli, best known for penning scripts to recent genre films The Vatican Tapes, Whisper and Eloise, Run & Gun effectively serves as a star vehicle for Milliken, while marking his sophmore turn as executive producer, a credit that tasked the filmmaker with bringing the darkly comedic actioner to fruition under the disruptive chaos of Covid.

“I’ve got to tell you that was very interesting.” Reveals a bemused Milliken as the inevitable subject of the pandemic arises. “We didn’t have one single case. Everyone was very, very careful. And because that was COVID wave number one, right back at the very beginning, it was an interesting experience.

“What was crazy, was that I didn’t see anybody in the crew’s faces that whole time. And so if saw any of them later on, without a mask, it’d be like, “Oh, that’s what you look like.” So it was really, really interesting. I ended up knowing people just as masked faces.”

Set in the bracing desert outskirts of Los Angeles and Joshua Tree, Run & Gun plays as fast paced crime thriller, with Milliken starring as retired fixer Ray, a lowkey rogue who is suddenly pulled back into service for one last job as a ruthless, and slightly eccentric crime boss threatens to effectively end his new life as a pending suburban stepdad. Tasked with collecting and delivering a mysterious bag, Ray quickly finds himself running from, and chasing after a number of hired guns as the simple job turns into a clusterfuck of missteps and double-crosses.

“We actually wrote the film to be COVID-friendly.” Milliken explains “When I first saw the script, I thought, this is going to be a hell of a lot of fun. It had that kind of deserty, westerny, Tarantino-esque vibe to it. This slightly off, bizarre quality it that was really appealing to me. And so, once I’d read the script, I was like, “Let’s do this thing.”

With Milliken essentially acting as a conduit linking the film’s various acts, Run & Gun utilises an interesting narrative thread that allows the story to keep its forward momentum without ever crowding the frame, or the cluttering the plot with unnecessary exposition. An effective plot device designed, as Milliken suggests, in order to keep the cast covid free, but which results in a surprising dynamic that keeps the film’s kinetic pacing fresh. A result further complimented by the caliber of talent who randomly appear as the caper unfolds, including Angela Sarafyan (Westworld), Mark Dacascos (John Wick Chapter 3), Celestino Cornielle (Bosch), Brad William Henke (The Stand) and Richard Kind (Tick, Tick… BOOM!) who brings a brilliantly satirical mania to his role as the crime boss obsessed with the metaphysical urban legend surrounding the infamous Sinbad-starring Genie movie, Shazaam… a film that, depending on who you ask, does or does not actually exist.

“The credit goes to our incredible casting director, Joseph Middleton.” Says Milliken “I mean, this guy he’s just the best. I’ve known Joseph for years and he’s really, really good at building a full cast. He got the script, and he came to us with all these ideas. To him, it was like putting together a puzzle, and he approached it really, really strategically. I swear casting directors need an awards category, because they really do such a good job. It’s such a skill.”

And while Run & Gun proved itself a definite physical challenge for the former boxer come actor, with Milliken lamenting in good humour – “Every. Single. Day. I’d come home with a different bump or bruise or ache. – it also proved a steep, but positive learning curve with the actor pulling double duty as the film’s executive producer.

“It was great.” He recalls “I’ve got to tell you, it’s such a different feeling than auditioning for something, getting the job, showing up, acting something out and then head home. Then a year later, you might actually get to see it.

“But with Run & Gun, I was involved from the very, very beginning and I got to see the whole process throughout, up until the absolute finished product. It was a really great experience, being able to see something go from a conceptual idea to a finished product, and how many different evolutions that thing might make.

“And this is such a fun movie. Especially during all this madness in the world that’s going on, it’ll just brighten your day. That’s what this movie is for.”