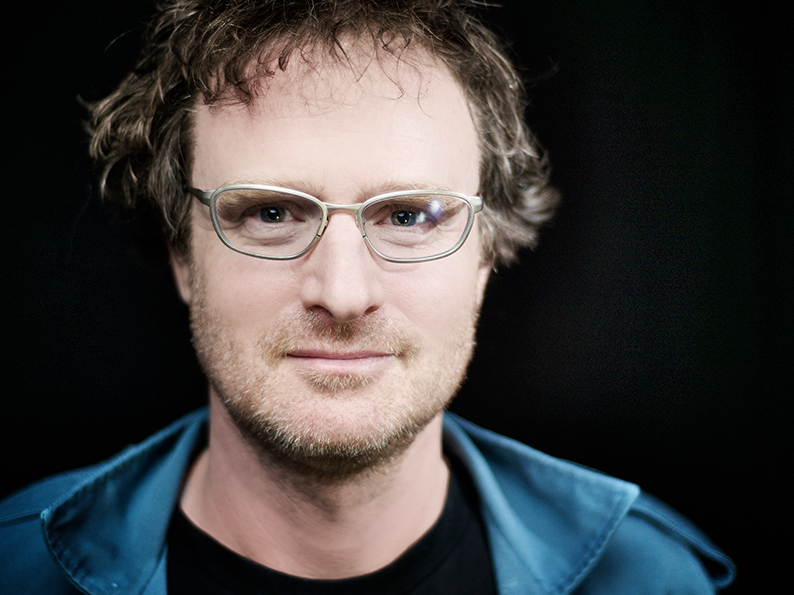 It’s hard to specify that elusive quality which elevates a movie into the category of Cult. Is it a successful indie that penetrates the mainstream like Rocky; a fearless commitment to absurdist content such as Flying High or Blazing Saddles; perhaps it’s the ability to reinvent and affect the cinematic zeitgeist as Star Wars or The Shining has? Or maybe, as with the quasi-obscure rock-comedy Adventures of Power, it comes down to a film’s persistence, timing, and a earnest capacity to exploit itself for a greater good.

Released in 2008, Adventures of Power was met with a warm welcome throughout the festival circuit (taking the Grand Prize at San Antonio Film Fest and garnering Official Selection at Sundance) where its virulent positivity and rock infused soundtrack began generating a tangible viable hype. However, as is often the case in Hollywood, the quirky comedy fell short of its full potential thanks to a poorly conceived distribution plan which effectively shelved the festival darling.

The brainchild of multi award-winning director Ari Gold (The Song of Sway Lake), Adventures of Power chronicles the rise of air-drum enthusiast Power, a small-town boy with big dreams. With Gold not only having written and directed the indie comedy, he also stepped up as the films titular hero, and in the process garnered the Guinness World Record for the leading the largest air drum performance ever assembled, a prestige that remains with the director to this day. But with the film having faded from the public eye, Gold took it upon himself in 2020 to retcon the film’s release strategy, placing the feature on YouTube where it slowly began connecting with a new audience, many of whom gravitated toward the humorous hard rock-infused aspects of the film.

Realizing the potential of Power’s growing cult status, and having sought a way to honour of his friend, mentor and cameoed co-star Neil Peart (lyricist and drummer of the legendary rock band RUSH) , Gold began hosting online watch-parties for his new fanbase, in hope of raising funds for the US based charity, MusiCares, a non-profit organisation that actively assists ailing musicians with their mental health, addiction recovery and other vital social needs.

“Me and my team.” Explains a jet-lagged Ari Gold, having lamented his hotel room’s inexcusable lack of coffee. “Well the couple people that I have around me, decided that the re-release of Adventures of Power should support MusiCares, who have been helping out artists going through tough times. And COVID was, or is, depending on your perspective, a really tough time for artists who couldn’t tour.

“It just seemed a nice synthesis of ideas to put out this movie again. Adventures of Power is about coming together, and about making something out of nothing. It’s about the power of rock… and so using it as a way to actually support an organization that does that, it was a nice fit.

“But also having fun, and just talking about music, talking about drumming, and talking about Neil Peart who sadly passed away in January of 2020. Because a lot of the people that I’ve talked with on my show so far, had either met him – actually, a lot of them hadn’t met him – but they all were hugely influenced by him. So that became a major subject as well.”

In fact, the people who Gold has spoken with, as he humbly refers to them, have so far included drummers from some of the biggest rock acts on the planet, including the likes of Korn, Styx, Anthrax, Suicidal Tendencies, FuMancu, Halestorm, Lit and Seether, with the watch parties not only elevating the films profile, but ingraining its cultural impact with a well-deserved legitimacy and an unquestionable sense of philanthropy.

“Well, actually, I was getting the rights back before the pandemic hit.” Elaborates Gold on the origins of his watch parties. “And was actually hoping to do something with Neil Peart, who had wanted to do a live performance of the Canada Hockey Theme with me dressed as Power. And then when he died, I decided that the re-release should be in his honor.

In hindsight, the online initiative has proven itself an overwhelming success, one which continues to fuel a growing community that has inspired Gold to launch his own podcast, aptly named Hot Sticks Drum Show. But Gold admits that scoring screen time with some of music’s biggest icons wasn’t the easiest get, but again credits his warm friendship with Peart as his foot in the door for what has traditionally been something of closed club.

“I mean, if you get through, you can usually get to a yes.” Muses the director on his ability to book guests. “I think having had Neil appear in the movie and having met Lars Ulrich (of Metallica fame) who said some nice things about the movie, they were certain entry points that made it easier, I would say.

“But the fact that Neil was so supportive of the movie, I think really helped. And then once we started getting people booked, we started getting more people with less effort. I mean, it’s the ‘Stone Soup’. I don’t know if you know the children’s story, Stone Soup? Basically, there a bunch of soldiers, and one goes around with a big empty tub of water because they’re all hungry and nobody has food to give them. But they each put a stone in the pot whenever someone asks “Oh, do you have something?” So, someone says, “Oh, stone soup. Okay, I’ll put in some cabbage.” And drops in a stone, and eventually everyone puts in a little bit.

“And so it’s a little bit like that. The stone was, “Okay, we want to do this thing, but we don’t have anything.” And it’s like a wonderful trick in a positive sense. A trick in that you tell people, “Hey, I’m making a soup, no matter what. So do you want to join in?” And so then people just started hearing about it and eventually being part of it.

“And also, working with Modern Drummer magazine has helped a lot too. They had access to a different rolodex than I had. Some of our guests came through me, and some of them came through contacts they had and shared.

“There was one episode I had three guys on at the same time, that was amazing. It was Alex Skolnick from Testamentand Ra Díaz from, at that time Suicidal Tendencies, but now he’s in Korn. And we also talked with Ray Luzier from Korn. And… oh my God, who was the third? They play as a trio. Oh, maybe it was Ray Luzier at that time. No, no, he was at a different one. Anyway, it’s a bit of a jumble, but… No, was Ray in that one? No, Ray was on one with his producer in Tennessee. Anyway, a lot of these guys know each other, so now I’m getting confused as to who was on at the same time.

“Oh, maybe that one was with Charlie Benante from Anthrax, I think, with them. Anyway, it was an amazing trio. I think it was the three of them, because they had played Rush… They had done some recordings together during the pandemic playing Rush covers, and some other things. But they did some Rush covers as a trio, that’s what it was.”

However, while Gold continues to exploit his little-film-that-could for a greater good, Adventures of Power, in and of itself, continues to expand its reach and fanbase, not just due to its praise of all things rock’n’roll, but as a genuinely funny and uplifting filmic experience. Co-starring Adrian Grenier (Entourage), Nick Kroll (Big Mouth), Jane Lynch (Glee) and Michael KcKean (This is Spinal Tap), Gold has proven himself an affecting and effective filmmaker with a panache for balancing comedy with sentiment to deliver engaging and accessible content. And while the Adventures of Power slowly settles into its cult film status, Gold has no allusions that the films initial release, and subsequent failure to launch, was nothing more than a string of Hollywood misfires and a little bad timing.

“Well, I mean, part of it was just logistical.” Gold explains “In the sense that it was held by a company that didn’t do much with it, then went bankrupt, and then got absorbed by another company.

“I was wanting to actually have some fun with the movie for a long time. Because when I finished it and took it to Sundance, it was actually well received by audiences. We got some audience awards at different festivals, but the critical public response was very negative. But with a cast of this caliber, and music of this caliber, you wouldn’t have thought so. But that’s the perils of independent distribution.

“But then over the years I found that people started to really gravitate to the movie, and they were finding it on YouTube and places like that, and were really loving it. We have a decent Facebook fan base, but which I can’t reach because of the Zuckerberg algorithm. A lot of the people who should know about the movie, whether it’s Rush fans or whatever, when they hear about the movie, they’re like, “Holy shit. Where was this, and why didn’t I know about this?” I get that a lot.

“Also, there’s been a cultural shift where the heartfelt sweetness of a movie about an air drummer started to really appeal to people. Whereas when it came out, people were put-off because this movie didn’t have the kind of “mean”comedy that was trendy at the time.

“I was heartbroken when the movie was thrown into the trash by the business. I thought it deserved to be released properly. And when that didn’t happen and it was being attacked, I really took that personally. I went and I left the country. I couldn’t work for a while; I was really messed up.

“It was a couple years later, I put the movie on YouTube. I just figured at least people can find it if it’s on YouTube.”

“Then one night I was on my bicycle out in Brooklyn and decided to start watching it. So, I’m biking unsafely, in the middle of the night, and just put on the movie. And five minutes in, I’m like, “Oh my God, I need to pull over.” So I pulled over and I watched the whole movie sitting in a stoop. Mmy movie. And I watched it as though I hadn’t made it, you know?

“And the whole time I’m thinking, “This is fucking amazing, and they’re wrong.” And they were fucking wrong, the world was wrong. This is amazing. And so I came back to the movie and thought, “Okay, I need to give this the proper reception that I didn’t get.”

And so it’s been really nice to find that fans of all these bands are hearing about and finding the movie. It’s still hard to get in some countries, and the mechanics of distribution are still difficult, but so many more people have now found the movie.

“You know, It’s actually a very sweet movie. And I think that’s really appealing to people more and more nowadays. I think people want that positivity in their world now. And that’s a lovely thing.

For information on upcoming and previous watch-parties, or to watch the feature film, Adventures of Power head to https://adventuresofpower.com/party

And tune into, and subscribe to Ari Gold’s newest podcast Hot Sticks