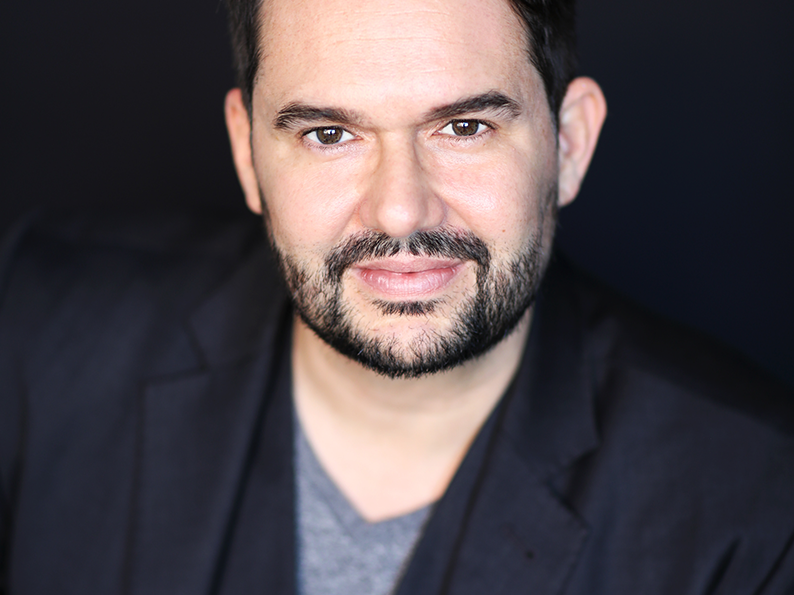 Back in January 2020 Australian actor James Pratt (Adopted) was actively spruiking his attachment as director on the quirky new rom-com Malibu Crush, pitched within industry circles as a Shallow Hal meets The Hangover type affair. Set around a fictional film production crew assembled by a budding director in hopes of affirming his undying love for an ex-girlfriend, Malibu Crush takes on the ambitious task of blending familiar Hollywood comedy tropes with quintessential Australian film attributes.

Having suffered a few false starts and production delays due to COVID-19, Malibu Crush, which incidentally marks Pratt’s directorial debut, recently made a splash at the American Film Market. And with the comedy poised for international release, one of its so-stars and associate producer Damian Nixey (Other World), sat down to discuss his character Brandon, the calm and collected camera operator whose nerves and demeaner quickly unravel as the faux-production within the film faces an onslaught of problems. Not unlike shooting a rom-con in Sydney, Australia during a COVID lockdown.

Fletcher: Can you offer a little insight into your character Brandon? What role he plays in the film, his personae and how you approached the character?

Damian Nixey: I play Brandon, who is the sound mixer of a small film crew that the two leads, Michael Chase (James Pratt) and Duey (Billy White), end up working with as Michael sets out to declare his love ex-girlfriend living in Sydney, Australia.

The dynamics of film crews are always interesting, and Brandon embodies that. Like so many film professionals, Brandon has to ride the highs and lows of the shoot. Initially calm and collected, it all unravels rapidly as the film progresses, which is Brandon’s character arc.

F: Having worked so long in the film industry yourself, was Brandon based on, or influenced by anyone in particular? Or was he a completely unique amalgamation of your own experiences?

DN: Well, I’m a big fan of Sam Rockwell – he always appears to be happy to be simply working and always brings something unique to his characters.  In Iron Man 2, for example, Rockwell’s hands have fake tan on them to show the vanity of Justin Hammer. I love those little bits of detail.

For me, half of the fun of acting is coming up with ideas for the character. I would create a character vision board in a word document, add photos and text, and then send it to James (Pratt) to discuss and brainstorm ideas. All the time I’ve spent through my love of film has helped shape a proper understanding of what crew members set experiences are like – life imitating art, so I could bring that to set – and cans of Red Bull! I certainly have more respect for soundies now – the crew always work hardest on set.

F: Malibu Crush has often been referenced as an Australian Film / American Comedy. As an actor was it difficult to find a pace/balance in your performance that drew from the strengths of both storytelling cultures?

DN: An excellent question. American comedy does seem to be bigger and louder than Australian comedy, but the fast-paced nature of the shoot meant we had to think quickly, which helped me to bring high energy to the scenes required.

Australians have a reputation for being laid back, as do New Zealanders, that’s where I’m originally from, so it wasn’t too difficult to dial it down for the less frantic moments. I felt challenged to be better than before, and as an actor, that is often the best way to learn and grow.

F: I understand that some of the Sydney locations you shot in where helpful to the production in navigating the COVID restrictions during the various lockdowns. Can you offer a little insight or details in how they helped out?

DN: Definitely, many original locations had to be changed after COVID, and it was surprising how many Australian businesses came out of nowhere to be of assistance.

WingMill (check out those chicken burgers) and Cammeray Golf Course played vital roles in getting the film’s production across the line following a temporary halting of the filming due to COVID.

Much of the filming was done at WingMill restaurant (in Neutral Bay) and became a significant part of the storyline as Michael and Duey use the location and pretend to shoot an ad, actually for WingMill.

And Cammeray Golf Course also came to the rescue and was just so hospitable over the four days of filming. Their motivation was to help us make the best movie we could- without the help of these two locations, we would not have completed the film.

Oh, Arthurs Pizza in Bondi Junction was another one. They basically gave us the keys and said you guys can lock up when you’re finished filming. This sort of hospitality shows not just the best in people but also a part of the Australian attitude that makes filming in Australia so unique.

F: This was James Pratt’s first feature film as a director. Do you think that having been an actor himself, and also appearing in the film as well, helped with his directorial style and how he related to the other actors?

DN: Directors who have been actors often have the best directorial style, and James’s certainly reflects this. He had multiple challenges to manage during the shoot, COVID being the main one, of course. However, I never saw him lose his cool, and he seamlessly moved his Director hat to Actor and back again.

James always maintained it was a team effort and everyone involved is valued, so you would feel confident that he will get the job done and do it well.

The pressure in the closed COVD bubble undoubtedly made the relationships more intense but the mindset was always to find creative solutions to fix problems rather than let the project slip by.

He was probably running on adrenaline a lot of the time, but I’m sure he enjoyed seeing the project take shape, although rumour has it he hasn’t slept since 2020….

F: I understand you worked closely with Scott E Miller (The Killing) who improvised a lot of his comedic moments. Did you guys connect  as much off-screen as it seems you do on-screen ?

DN: Scott E. Miller plays my boss, Paul Gofuller. It was hard to give a bad performance around him because he’s so good! Scott would improvise several different versions of his takes – the car dealership and restaurant scenes, in particular, stand out in my mind.

I think outstanding comedy can be more challenging to pull off than serious drama. Both Scott and I are getting long in the tooth now, so we connected on set! (sorry, Scott!) sharing travel, film and life stories. Funnily enough, we both moved up to the Central Coast recently and are going to catch a beer or two with James when summer finally rolls around.

F: There was some buzz around Malibu Crush having recently screened at the American Film Market. Do you have an idea of when and where the film might be screening in the near future (Theatrical / Festivals / Streaming)?

DN: There was a strong reaction from American audiences liking it, so looking forward to seeing where it all lands with follow up meetings in progress; it did score well from the industry there. Brianna Cook (How to Build a Girl) did a great job editing the comedy for USA audiences.

We hope to announce more exciting news with another distributor for Australian territories coming up, and we’re awaiting the US distributor to announce their plans for the USA.

F: And finally, I imagine COVID must have made Malibu Crush a unique shooting experience. Have have you kept in touch with the cast and crew since its completion?

DN: The cast and crew on Malibu Crush have been some of my favourite film folk to work with – an energetic professional bunch, there were plenty of laughs on set.

I didn’t work with everyone, but I’ve kept in touch with those that I did – mainly through Instagram, to be honest! Kyle Lovett (Risen), who plays Johnny Watson, has made Lickerish with Dan Musial, who acts and produces in Malibu Crush and a couple of the other actors are working on various creative plans together.

James has always got a few projects bubbling on in the background, so it’s exciting to see what 2022 brings.