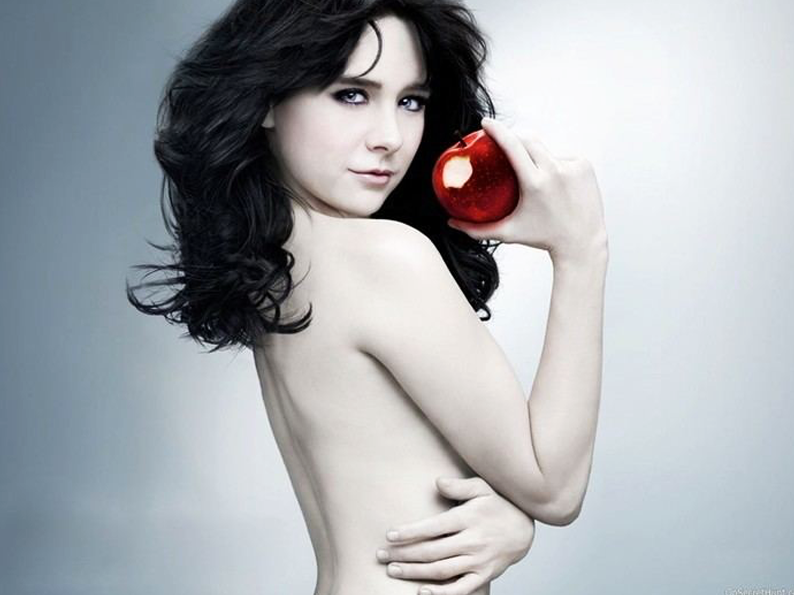 It could be argued that 2004’s Battlestar Galactica has redefined the parameters of contemporary science fiction in ways that no other television show has done since the likes of The Twilight Zone or classic Star Trek. From its innovative cinematography, compelling characters, and succinctly dark heart to its wild unpredictability, BSG has garnered legions of fans from across the globe. Not to mention reaping unprecedented acclaim from the likes of the United Nations, who acknowledged the series for its diverse exploration of critical social themes, and the esteemed Peabody Awards who honoured the show in 2006 for its creative excellence. Battlestar Galactica decimated genre tropes, bringing a brutalist touch to its compelling narrative of refugees, genocide and self-actualizing prophecy, while reveling in its exposé of humanities volatility and reverence.

So when it was announce in 2009 that America’s SyFy Channel had commissioned a prequel series – once again to be helmed by Moore – but which would explore the origins of BSG’s collective antagonist, the Cylons, it came as no surprise when a cynical wave of trepidation swept through the fandom, fueled by fears that of a network cash-grab that would dilute what many considered a perfect show.

However, what emerged was the socio-politically charged Caprica, a series that not only abandoned the spacefaring framework established in BSG, but which traded its themes of desperation for redemption, action for tension and acute anger for trauma. Even more surprising was the casting of a largely teenage ensemble, led by relative newcomer Alessandra Torresani whose troubled character, Zoe Graystone, would herald a major catalyst of the Galactica mythos.

“When I was offered the script, I actually passed on it.” Reveals an charming and thoughtful Torresani from the show’s Vancouver set. “I wasn’t looking to do a sci-fi show; I really wanted to do a teen drama. But my agent was like ‘You don’t understand the creators are incredible… blah, blah, blah…’

“So, I ended up reading the script. And I fell in love. I decided I wanted it and went through the audition process. It was actually a really long audition process… I had to go through several auditions to get here.”

Landing the pivotal role at the age of 20, Torresani admits that her sudden involvement in a genre show presented her with a formidable learning curve, especially with science fiction enjoying a coveted renaissance in popularity, largely in part to Caprica’s predecessor and sister show Battlestar Galactica.

“Honestly” jokes the Californian born actress “I thought it [BSG] was just an old 70’s TV show. I wasn’t into sci-fi, and I didn’t watch a lot of TV.

“I’d always known about there being this huge group of sci-fi followers, usually associated with Star trek, but I was never part of that. But after I watched a bit and understood what things like warp theory was, I kinda got into it… and totally started understanding that whole fanboy mindset. And then, I guess I kind of knew what was going on.”

But while an understanding of the tech-jargon and the inherent genre tropes offered the rising star a new appreciation of her latest gig, Torresani – whose previous screen appearances comprise of mostly guest spots on shows like Malcolm In The Middle, Bones and CSI – concedes that the prospect of acting against CGI, especially considering the precedence set by BSG’s effects heavily production, caused her slight anxiety. But which, in retrospect proved unwarranted.

“I’d say we only did about 20% green-screen throughout the whole series.” She explains with a sigh or relief. “We really tried to keep it real.  We took over two giant sound stages in Canada; so all those sets you see on screen, were actually built; and all those people you see are real extras.

“I mean it was just a madhouse, but I really think it was worth it. It looks and feels so authentic”

As for her ability to effectively connect with and portray the complex and morally ambiguous Zoe Graystone, Torresani confesses, with slight bemusement, that her own disenfranchised experience as a millennial growing up in the L.A. helped her craft an effective fusion between character and performer.

“Well, you know I’m a Gemini, so I’m kind of a split personality anyway.” She jokes “So finding Zoe was kind of easy for me. But you know, at the end of the day she is still a 13-year-old girl who’s just found something in which to believe.

“But the script definitely helped me to find her. Ron Moore, what an incredible genius he is. He is a god! I mean as far as I know Ron was never a 15-year-old girl… but definitely the script he wrote helped.”

With a well-established, and somewhat infamous reputation to push the boundaries of ‘acceptable’ television, Moore’s trademark touch is evident from Caprica’s first moments as the show opens inside a ‘virtual’ nightclub populated by naked youths grinding, beating and murdering each other in a sadistic utopia. And while such virulent imagery reflects the moral undercurrents of Caprica’s narrative, Moore also delights in prodding the advocates of political correctness that plague today’s media, using the pilots audio commentary (available on the newly minted Blu-ray) to explain some his more subtle rebellions, including the abundance of cigarette smoking characters “I did this [scene] just out of a perverse sense of putting smoking back in people’s faces and saying ‘You know what, Fuck you… we’re making a thing out of it. We’re going to embrace it; the anti-smoking fanatics be damned!”

But while Moore’s antagonistic style has proven itself viable in reaping both ratings success and industry accolades, as reiterated by his involvement with acclaimed dustbowl drama Carnivale and the growing hype surrounding his secretive pandemic-thriller Helix, Torresani none-the-less has chosen to face Caprica’s premiere with mild apprehension.

“So far the reaction has been fantastic, but Caprica isn’t what you’d call a true sci-fi show.” She explains “It’s not really about aliens and humans fighting in space; we’re a character-based drama so we didn’t know if the fans will love us or hate us.

“We’re getting some great critical responses, and interestingly we’ve been picking up fans of shows like Mad Menand other TV dramas as opposed to just sci-fi. I think a lot of that has to with the way Ron treats his viewers, with respect.”

“We were all literally together twentyfour-seven. That was our life”. Torresani elaborates, reflecting on her cast’s familia dynamic. “So everyone became family. I feel like no one had any deep dark secrets… Eric was like my father figure; Paula Malcomson was like my non-mother who wouldn’t get mad at me for doing something wrong, but instead would just love me and talk to me for hours. And crazy Uncle Esai… was just my crazy Uncle Esai.”

“For me there were time where I’d do two 15-hour days, but then not have to work for another 5 days. But if I needed anything I knew that they would be there for me. We had a really unique, and a very rare situation because at the end of the day we couldn’t just go home to our L.A. family or pop out and get dinner with friends. But we did have each other.”