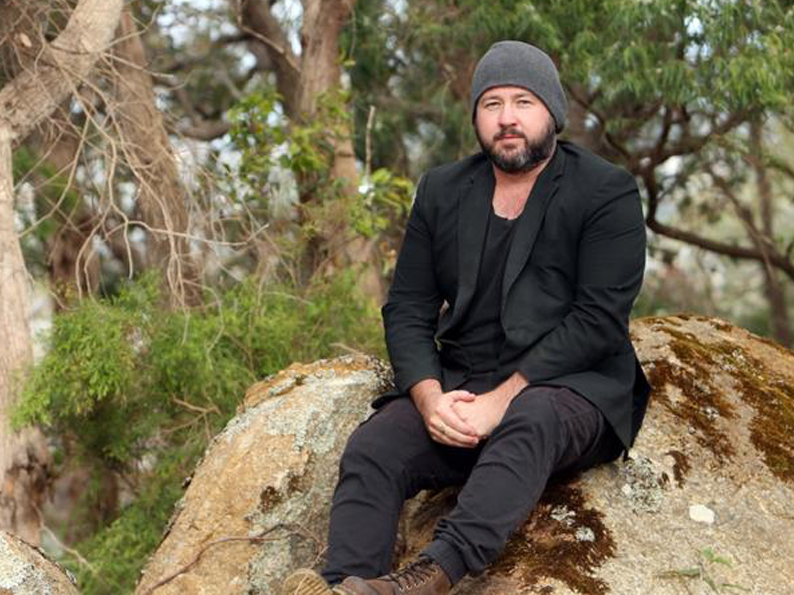 COVID-19 has been a difficult period for many creatives, especially as Australian filmmakers and content creators have faced rolling lockdowns and border closures, but for celebrated novelist Adam Morris, who latest work Bird received a nomination for a Miles Franklin Award, the forcefully imposed downtime presented the author with an opportunity to tackle a long gestating project; to produce and shoot his first feature film, the emotionally charged stripped back relationship drama Edward and Isabella.

“I just needed something to completely consume me for a year and a half.” Explains Morris with a hint of good-natured sarcasm. “I’ve always wanted to do it, but the technology wasn’t affordable for me at the time.

“But over the past five years or so it’s become more accessible, but I thought if I didn’t jump in and do it, I’d be dead. Not that I’ve got a terminal illness or anything, but you know… I would be dead and there’d be nothing done.”

However, Morris’ experience in making a feature length film came as something of a baptism of fire with his ambition far removed from his available skill-sets, setting the writer on a remarkably a steep learning curve to learn the tricks and tools of the trade from his home computer, in real-time with running his set and managing his actors.

“Oh, it’s definitely been a struggle, but it’s been incredible.” Explains Morris, elaborating on his deep dive into the filmmaking process. “It’s been thrilling and exhausting. It is exactly what I needed.

“I mean, when you’re doing everything, and you haven’t got loads of money, every single thing that you have to do, you have to learn how to do it yourself, as you’re doing it. What would normally take, say two or three months in editing now takes six months, because you’ve got to actually learn the program.

With Edward and Isabella now complete, the film has slowly been making its way into the world, with a number of accolades beginning to roll in as Morris prepares his next step in the film’s release, taking his directorial debut to the festival circuit before hopefully finding a distributor and wider release.

“I haven’t got it out there yet.” Laments Morris on the next hurdle of his filmmaking journey. “I’ve sent a screener to David Stratton who was very receptive of the film. I’d actually sent out an email to David Stratton, but it wasn’t actually the film critic – it was a 40-year-old bass player from New South Wales – so two weeks later the actual David Stratton got back and said the other David Stratton forwarded the email to him.

“But we’ve also been offered a premiere spot at a film festival in March, who gave us an early invitation, three months early, as well as being shortlisted for the WA Screen Culture Award for Innovation in Narrative Feature Film with a Budget under $1 million.”

While it can be a daunting process getting an independent film to market, one card that Edward and Isabella definitely has to play, is the casting of Chole Hurst in the title role of Isabella. Best known for supporting roles in the Shane Black crime-noir Nice Guys, opposite Russel Crowe and Ryan Gosling, and the Amy Schumer comedy I Feel Pretty. A stroke of luck that Morris admits came out of left field, but for which he was happy to firmly grab.

“I only knew of Chloe through watching The Nice Guys. She has a small part in that movie, but I didn’t know that she was from Perth or anything like that. I didn’t even know she was here in Australia at the time, but she had come back because of COVID, to be with her parents in Perth.

“I’d put the casting call out on a few actors’ groups on Facebook and she answered it. She just sent through an audition tape like everyone else, but hers was brilliant. And she went straight to the top of the list. And  then, when I found who she was, and that she’d agreed to do the film, it was like, “Oh, this is really quite serious now.” It got very real.

As for the film itself, Morris admits to having scripted his narrative with a restrictive accord, crafting a story that would challenge his abilities without compromising its scope and impact. Leaning heavily into a romanticised 1970’s European cinematic aesthetic, Edward and Isabella delivers an intimate, raw character study free of pretension and distraction.

“Well, I needed to keep the film really small, so I only wanted to have two people in the film just to keep it as controllable as possible. Meaning it had to be a relationship film.  It could have been your relationship with your dad or between two sisters, one beautiful and one ugly. I basically just had to pick the kind of relationship and decide to go for it.

“But those small stories lend themselves to that kind of storytelling well. We couldn’t afford the car chases or the shootouts. We couldn’t even afford fake blood. So, when there’s no big dramatic scenes or anything like that, you’re dealing with a psychological landscape. I felt that late ’70s kind of Woody Allen, Mike Leigh, Bergman… those kind of styled French films would suit.

“But the substance of Edward and Isabella is trying to deal with the almost pornographic level of choice that we have in this modern age, especially with relationships. Even toothpaste, if you go to the supermarket there’s a wall of things that do exactly the same thing… and it’s overwhelming. At least it is for me.

“So, yeah, choosing toothpaste is a hard task, but then choosing a partner when everyone’s literally got so much choice. It’s a hard thing for modern people to contend with without going completely bonkers. And then, to stick with one person. Yeah. It takes some mental discipline to do that. And so many people don’t.

“Relationships, marriage; is like a coin toss now. That dissatisfaction and the possibilities and the grass being greener and all that kind of stuff, I think it’s too much for… Well, it’s obviously too much for 50% of people.”