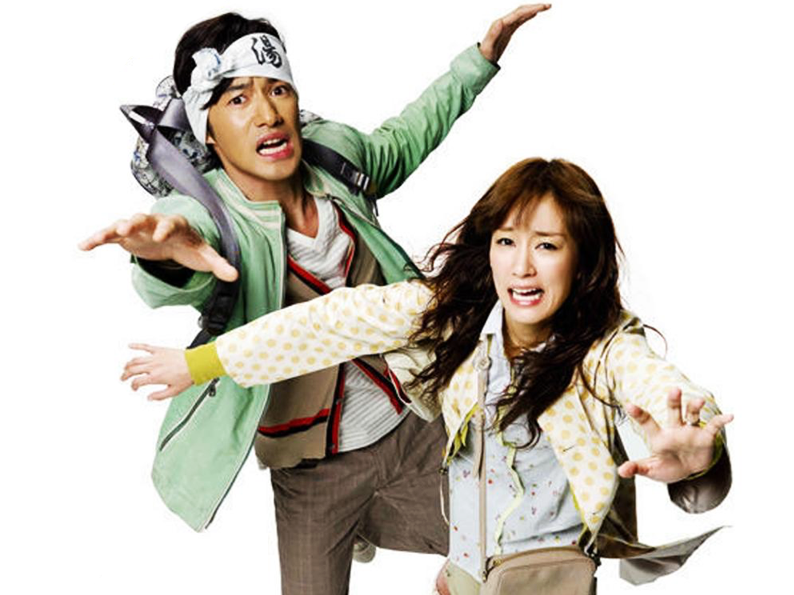 Full of idiosyncratic social commentary underscored with droll comedic styling Ryuichi Honda’s A Honeymoon in Hell: Mr. & Mrs. Oki’s Fabulous Trip is an unexpectedly refreshing example of just how arbitrary and charming the Japanese sense of humour can be; delivering a rich comedic prowess drawn from the tribulations of modern city living and Tokyo’s disenfranchised twenty-somethings.

Opening in a small Tokyo apartment, Honda introduces audiences to the socially lethargic newlyweds Saki (Asami Mizukawa, Dark Water) and Nobuyuki (Yutaka Takenouchi, Ōba The Last Samurai) Oki as they recover from the social obligations of their big day. Struggling with an abundance of free time and waning enthusiasm to leave their abode, the newlyweds idly debate the fate of their missing rice steamer, eventually leading Saki to a department store where she encounters a bizarre fortuneteller and her mannequin-like assistant, who happens to double as a travel agent for Hell, where coincidently, she is told her missing rice steamer has been taken.

With little else to do, the Okis agree on a short trip to Hell in hopes of retrieving their steamer while enjoying Hell’s renowned onsen. However, after arriving via a filthy bathtub located on the department store’s roof, the Oki’s quickly discover Hell isn’t exactly what the tourist brochures had promised as they encounter Hell’s local residents, the aggressive nonsensical Reds and the more subdued Blues. Making matters worse, their private room, accessible only by stairs, is located on the 22nd floor while the fabled hot springs, located on the 46th floor, turn out to be a perilous unisex ocean of beef stew and chaotic souvenir shopping.

A Honeymoon in Hell is unashamedly metaphoric and indulgently surreal, but thankfully Honda and his superb cast manage to circumvent the cynicism that could easily have tainted the film, instead indulging a rich multi-faceted upbeat comedy that feels as if it spawned from the collective minds of Tim Burton, Beat Takashi, and Charlie Kaufman.