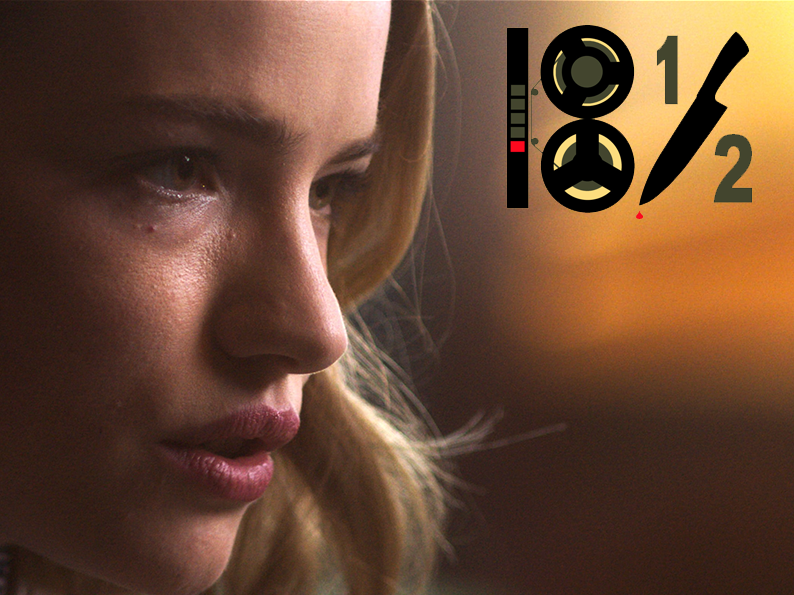 Remember the good old days when conspiracy theories were the prerogative of survivalist cults and basement dwellers that offered the general populace a slightly comedic sense of superiority? You know, before they became sanctioned political platforms and social movements causing real-world damage and social anarchy. For most of us, conspiracy theories found popularity with rumours of a faked moon landing, speculation surrounding a second gunman, a grassy knoll and JFK’s very public, very final televised appearance and the always entertaining Flat Earthers who continue to circulate their defective science around the globe. However, it’s one of the quieter conspiracies associated with Nixon’s Watergate scandal that drives the narrative of 18½, a new socio-political comedy from director Dan Mirvish that manages to walk a tightrope between fact, fiction, and outright satire.

For those needing a refresher of the Watergate scandal, then President Nixon faced a political crisis after being connected with a break-in that targeted his political opponents, and then conspired to cover-up the incident and sparking a constitutional crisis. Where our friendly neighbourhood conspiracy theorists enter the picture is when 18½ minutes of recording is somehow mysteriously erased from the associated tapes. Supposedly to this day, no one really knows what was contained in those 18½ minutes, who deleted the dialogue or what impact it could have had in Nixon’s subsequent pardon as he stepped down from the office of President.

It’s a great pretence for a taught politic thriller and with the missing audio still debated within the realm of political commentors and academic analysis, ripe for intrigue and speculation. However, Mirvish thankfully abandons any Oliver Stone tropes in favour of a quirky, 1970’s showcase of America stepping out of the indulgence of its free-love Hippy exploits into a more structured, social maturity as it faces escalating political and corporate threats exploiting its democracy. And while it sounds like a heavy subject matter, and granted, even the written synopsis for the film leans into a more dramatic genres, 18½ is a fun, quirky and borderline satirical take on American culture.

Headlined by the very versatile Willa Fitzgerald (Amazon Prime’s Reacher, The Goldfinch)  who plays a stenographer who happens on an unexpected recording of a playback of the original recording that contains the missing 18½ minutes, and John Magaro (The Many Saints of Newark, Orange is the New Black) as a young journalist looking to make a name for himself, albeit simply to burn his ex-fiancé who happens to work for a rival newspaper, Mirvish centres his film as a feisty odd-couple comedy with his two leads posing as newly-weds in a small town resort with hopes of verifying to the recording before exposing it through media.

And while the film does play into stereotype and cliché on the regular, its ability to pick away at the social calamity and cultural idiosyncrasies of the era – thanks to some wonderfully diverse performances from a superb support cast that includes Richard Kind (Argo) as a hapless receptionist, Sullivan Jones (The Gilded Age) as a militant Hippy,  Vondie Curtis-Hall (The Night House) & Catherine Curtin (Stranger Things) as a rather uncomfortably amorous couple, and the great Bruce Campbell (Evil Dead) as the voice of Nixon on the infamous tapes – allow 18½ to succeed unapologetically.

18½ may sound like it promises a lot in terms of revelation and intrigue; it doesn’t. But once you get past that expectation and allow the films charm and cast to take centre stage, what your left with is an entertaining, comedic and chaotic romp through mid 1970’s nostalgia with some contemporary, slightly meta sensibilities.